On the December 3 episode of “Section TV,” Red Velvet appeared as guests for an interview!

During the show, the interviewer mentioned to the members that five of their music videos have reached 100 million views on YouTube recently (including “Russian Roulette,” “Dumb Dumb,” “Bad Boy,” “Peek-A-Boo,” and “Red Flavor”). Red Velvet cheered to celebrate, and Seulgi said, “We’re so grateful to our fans.”

Yeri made her fellow members laugh when she said, “I was really amazed, and I thought, ‘Wow, we’re YouTube stars.’”

When asked for their thoughts on why their music receives so much love, Seulgi said she thinks the reason is that they’re always trying new concepts. 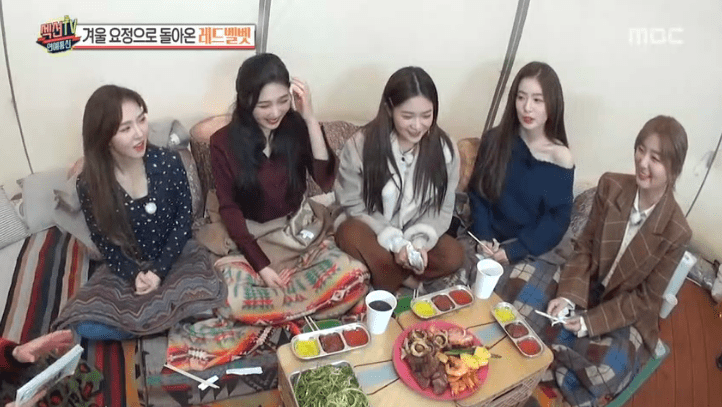 Joy recently starred in the drama “Tempted” alongside Woo Do Hwan, and their “convenience store kiss scene” became a hot topic. Joy was asked if there were a lot of bloopers while filming that scene, and she said there weren’t.

When asked why, she said, “Well, it’s very different than kissing in real life…” before laughing shyly. She continued, “It requires skill for it to look good on screen. Maybe because Woo Do Hwan had done that kind of filming before, he did a good job at leading me.”

The next question for Joy was what actor she’d like to work with in the future. She was given the four choices of Park Seo Joon, Lee Je Hoon, Park Bo Gum, or Lee Jong Suk, and she picked Lee Je Hoon. “He’s my style!” she explained with a big smile. 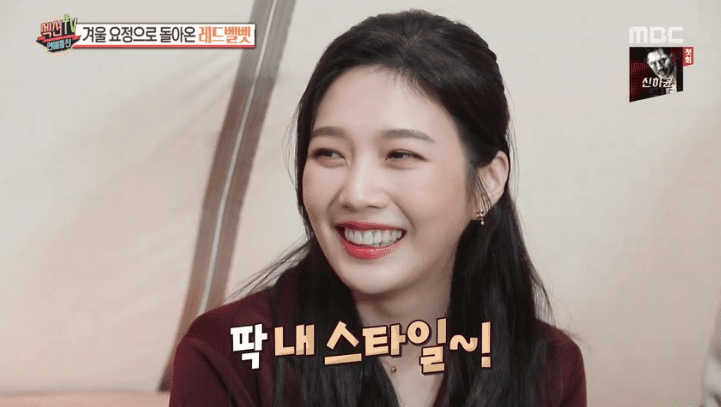 Joy was asked to send a video letter to Lee Je Hoon. She laughed and turned to the camera to say, “I’m ready. Please contact me.” 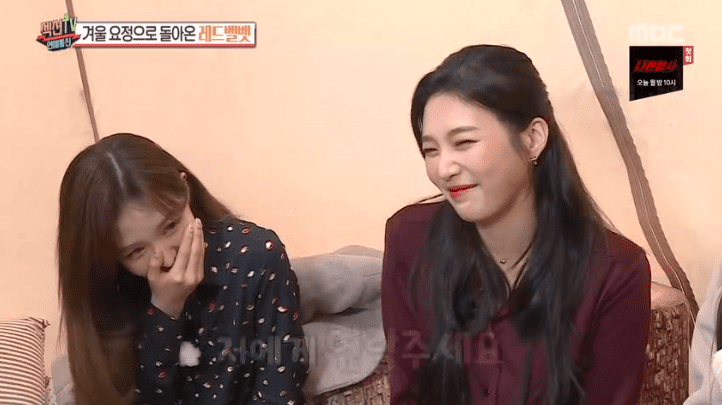 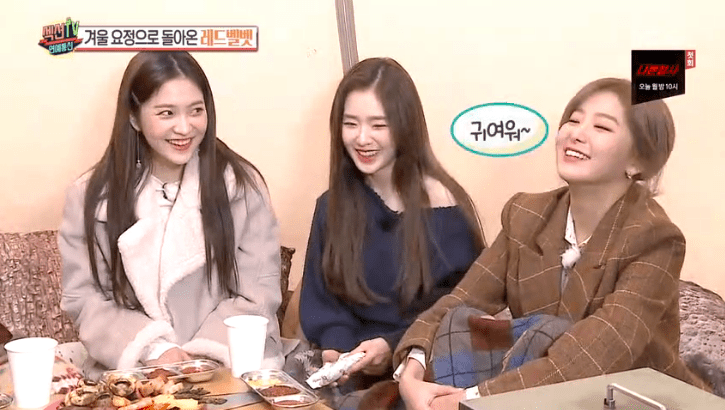 Red Velvet made a comeback this week with their new mini album “RBB (Really Bad Boy).” Check out their MV here!

Feeling like a “Tempted” rewatch or wanting to give it a try? You can watch it on Viki starting with the first episode below.