Red Velvet geared up for their return with “RBB (Really Bad Boy)” during a V Live broadcast on November 29, the night before their comeback!

When talking about fan chants during the broadcast, Seulgi said, “It’s amazing to me how whenever we sing there’s a fan chant, and the fans practice it. So I’m curious about what the fan chant will be for ‘RBB (Really Bad Boy).’”

“We’re doing a music show tomorrow,” commented Yeri. “We’ll be doing a pre-recording for our first music show performance before the fans have heard the song.” Seulgi joked, “They can just scream.”

Yeri said, “When we do a concert, we quickly change our outfits before the encore. The fans always sing together during that time. They choose a b-side track that we haven’t performed at the concert and sing it. I was moved by that.”

The members were asked what the most moving moment has been for them. Seulgi picked their concert in Pyongyang, North Korea this year. She explained, “We went with a sense of duty. We wanted to bring us a step closer to peace; we wanted to help. I really felt like we are one people.”

Red Velvet also talked about their upcoming concert tour in the United States, as well as what it’s like to perform overseas for international fans.

Irene said, “The people who come to see us at concerts overseas memorize the Korean and learn it. I’m touched by that.”

Wendy commented, “It’s our first time doing a solo concert in the United States.” Irene said, “When we were doing a fan meeting in Chicago I thought, ‘We’re doing it here?’ but now we’re even doing a concert. It’s amazing.” 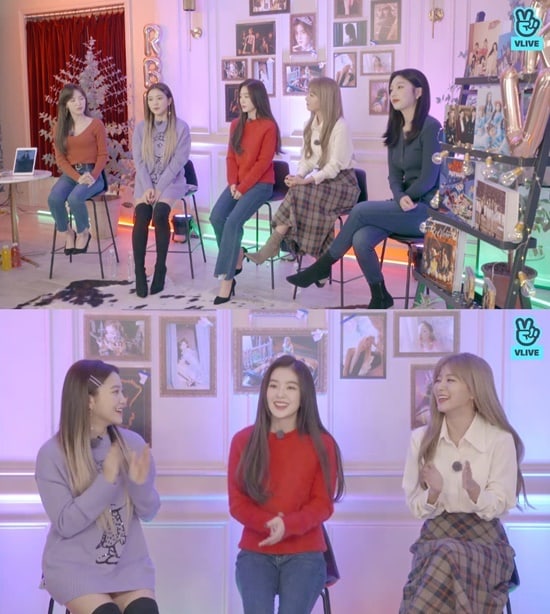 Red Velvet also shared that they recently moved and now have their own rooms. Yeri said that her room has dark green curtains and she usually keeps the lights off. “I use a mood light,” she explained. “I don’t like having a light on.”

Irene revealed that she has a television in her room, which is the largest. Seulgi described her own room as having an aesthetic that would be perfect for social media, and the members said that Wendy has a lot of things in her room.

Joy shared that Wendy had named Joy’s room the “luxury room.” She said with a smile, “It’s large, thankfully.”

Red Velvet also chatted about their upcoming mini album and title track. Seulgi commented that their new song seems fresh and different. Yeri said, “We’ve been preparing the performance for a long time. The preparation period this time was a bit longer than with our other title tracks. So I want to show it to you right away.”

Red Velvet’s new mini album “RBB (Really Bad Boy)” featuring the title track of the same name is due out at 6 p.m. KST on November 30. Check out their teasers here!