ASTRO‘s Cha Eunwoo is known for his incredible talent and also owning the title “face genius.” Eunwoo has stunned several people with his great visuals and even flustered Red Velvet‘s Wendy once. 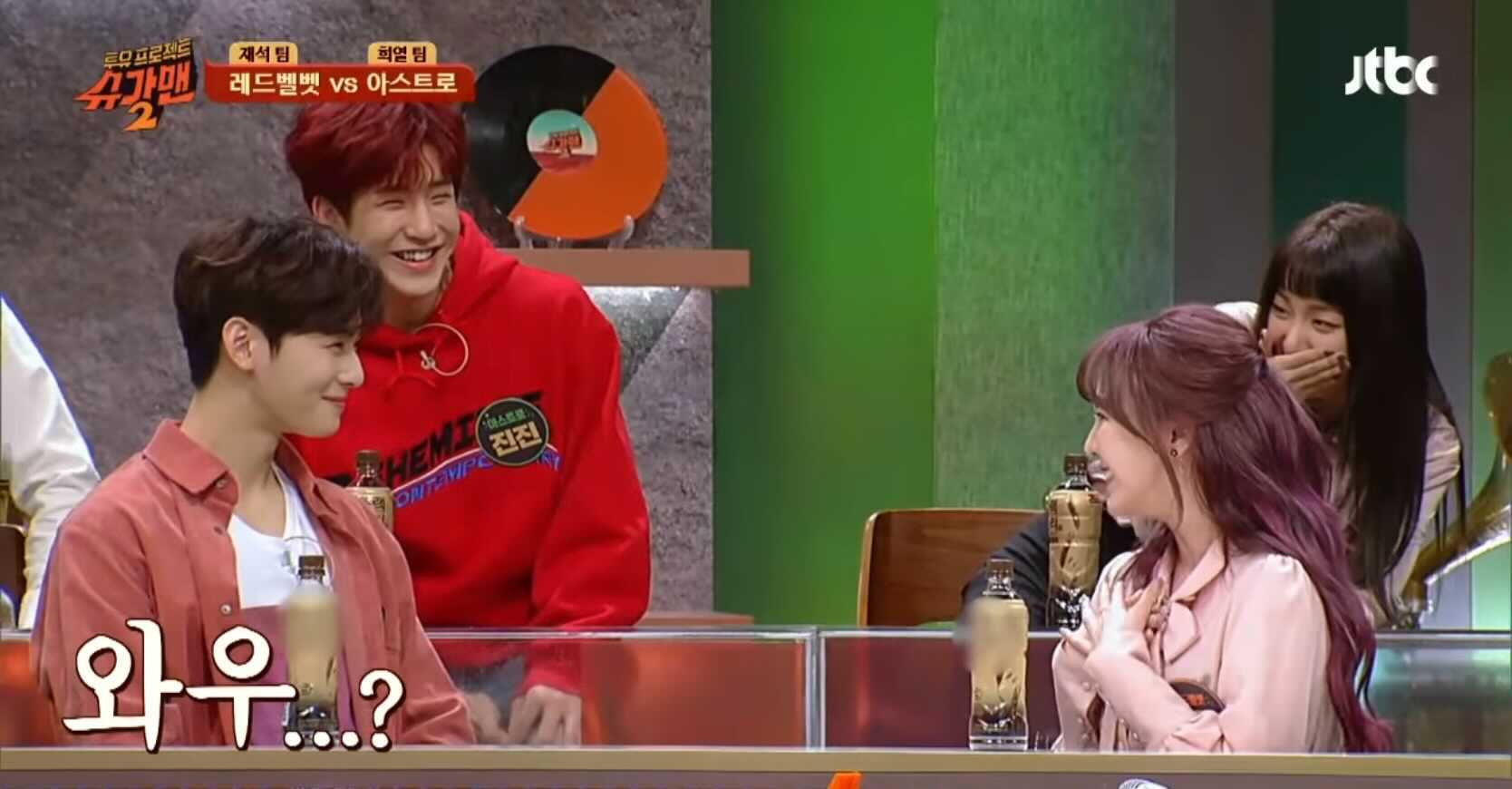 On an episode of Sugarman 2, Wendy brought Red Velvet’s ability to capture their audience’s attention with their intense gaze! Because of their perfect stare, Wendy revealed she’s great at staring contests. Wendy soon wanted to take back her words after the show’s MC, Yoo Jae Suk, asked her to prove her gaze by doing a staring contest with Eunwoo. 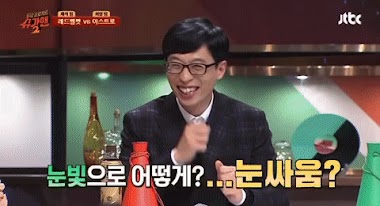 Adorably, Wendy’s fellow member Joy got shy about the idea and responded, “Oh, what to do?” As she placed her hand over her chest, Yoo Jae Suk asked, “...What Joy?” It was then that Joy admitted, “I don’t think I could do it because I’m nervous.” 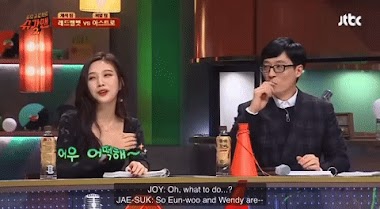 Wendy’s flustered reaction showed as she couldn’t look directly at Eunwoo. Shyly, Wendy looked back in forth between Eunwoo and Yoo Jae Suk and exclaimed, “Aigoo.” Yoo Jae Suk laughed and shared, “In staring contests, you’ve got to look at your opponent!” 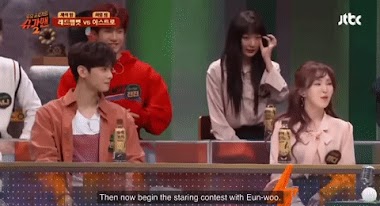 In response, Wendy stated, “I’m supposed to look… but these (my eyes) aren’t going.” Once the staring contest started, Wendy couldn’t hold in her reaction. Wendy adorably blurted out comments such as “Mommy” and “Wow.” 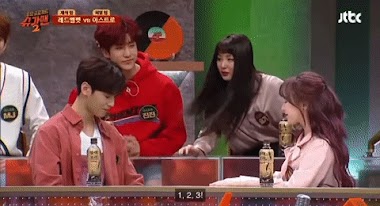 Even with her determination to win, it was all over as soon as Eunwoo leaned in closer to Wendy. At that point, Wendy’s eyes blinked without her even realizing it. 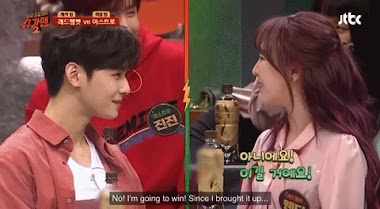 Surly Eunwoo was also fazed by Wendy’s beauty as well and the two were hilariously called out for their flirty stare down! 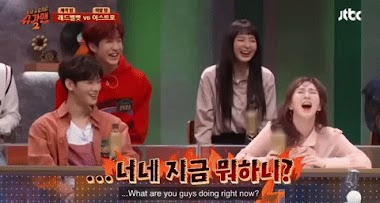