During the archery finals for female athletes in the September 26 episode of the special, Red Velvet and gugudan went head to head. Everyone was on the edge of their seats during the match, but MC Jun Hyun Moo was particularly invested in the archery competition because he’d promised to buy all the athletes fried chicken if someone managed to achieve a “perfect gold” bullseye that broke the lens of the camera in the center of the target.

When it was Irene’s turn, she shot an arrow straight into the center, earning 10 points. The MC booth was initially full of chaos as they scrambled to get confirmation about whether or not the camera lens had shattered. When it was confirmed that her arrow had broken the lens, Jun Hyun Moo’s fellow MCs erupted into cheers. 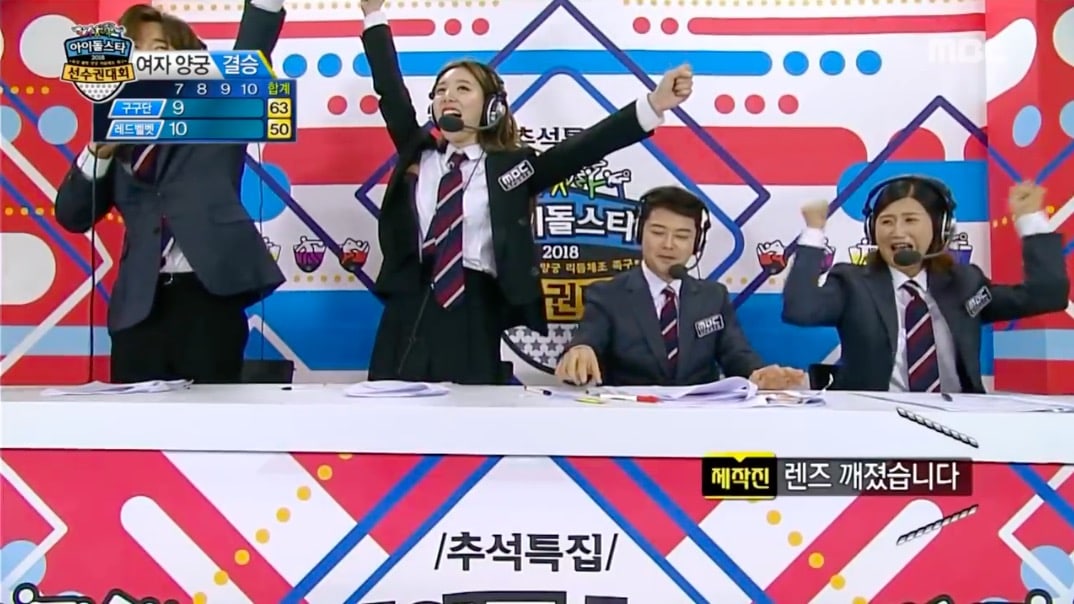 As Jun Hyun Moo laughed and put his head in his arms, the idols chanted his name in celebration. 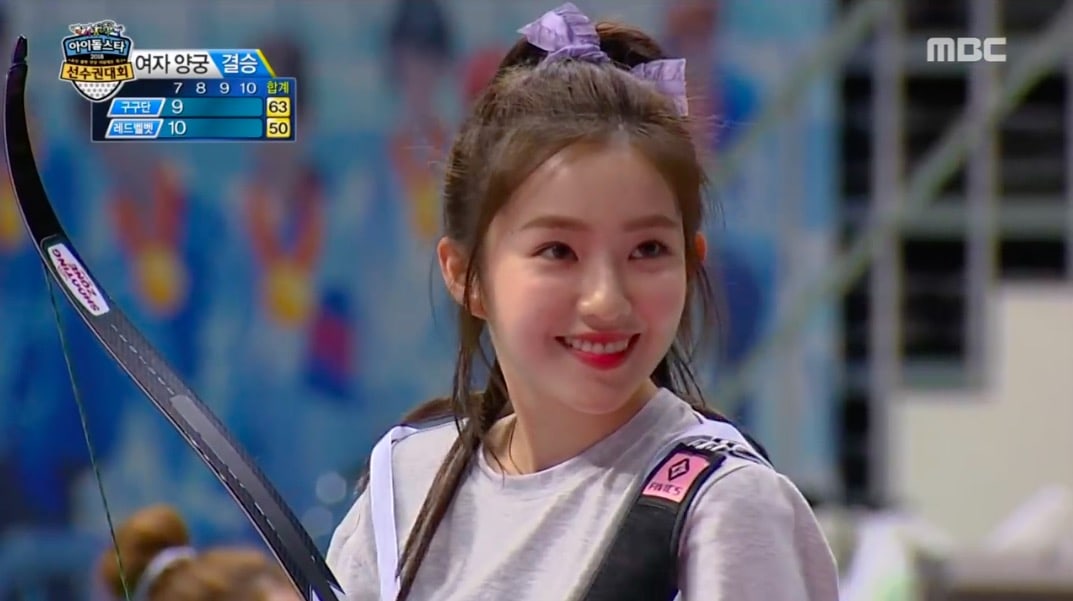 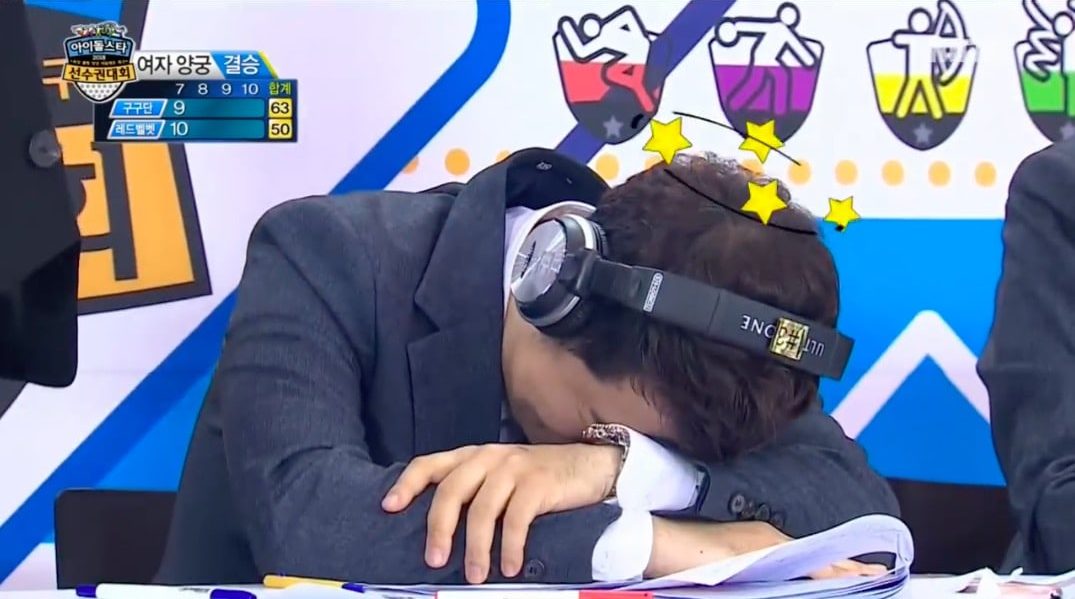 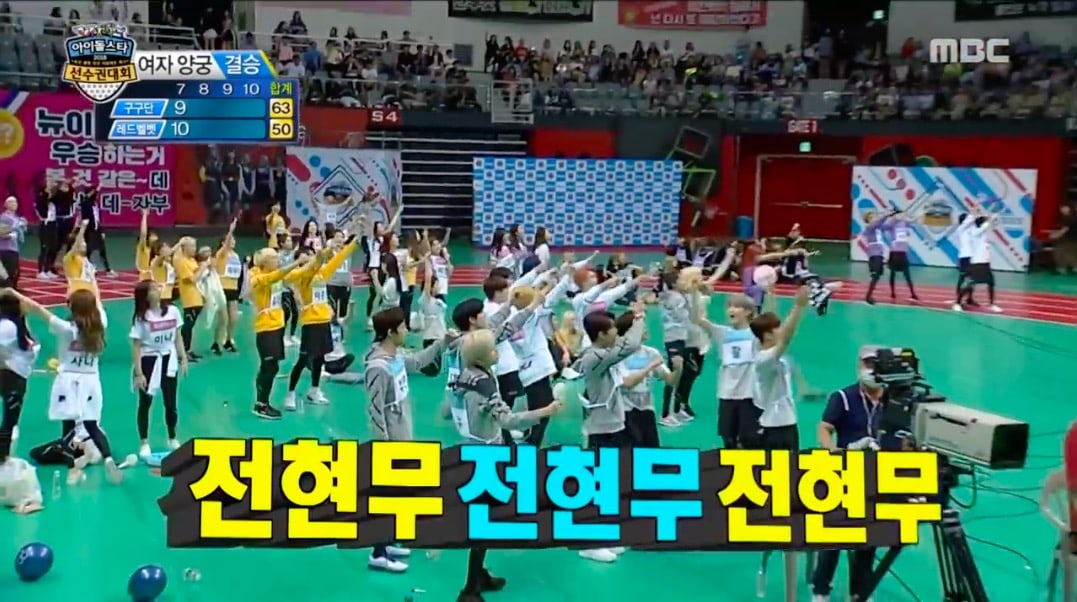 MBC previously revealed that an idol had broken the camera lens during filming with their “perfect gold” shot, and confirmed that Jun Hyun Moo had bought all the idols fried chicken in celebration.

In the end, gugudan took the gold medal in the female archery finals. You can check out all the results from day two of the special here.