“Tempted” has given fans a glimpse of an emotional scene coming up in the next episodes.

New preview stills show Eun Tae Hee (played by Red Velvet’s Joy) being carried by Kwon Shi Hyun (played by Woo Do Hwan) after their separation in the last episode. The pair broke up after Kwon Shi Hyun found out that Eun Tae Hee may have been the victim of his mother’s hit-and-run accident. Full of guilt and not wanting to hurt her any further, he decided they should separate, and broke up with her in a harsh way.

In the new stills, Kwon Shi Hyun looks as though he is about to cry as Eun Tae Hee holds on to him tight, seeming to be entreating him to look at her. They then stand facing each other, with Kwon Shi Hyun still holding in his emotions while Eun Tae Hee looks at him imploringly and rests her head on his chest. 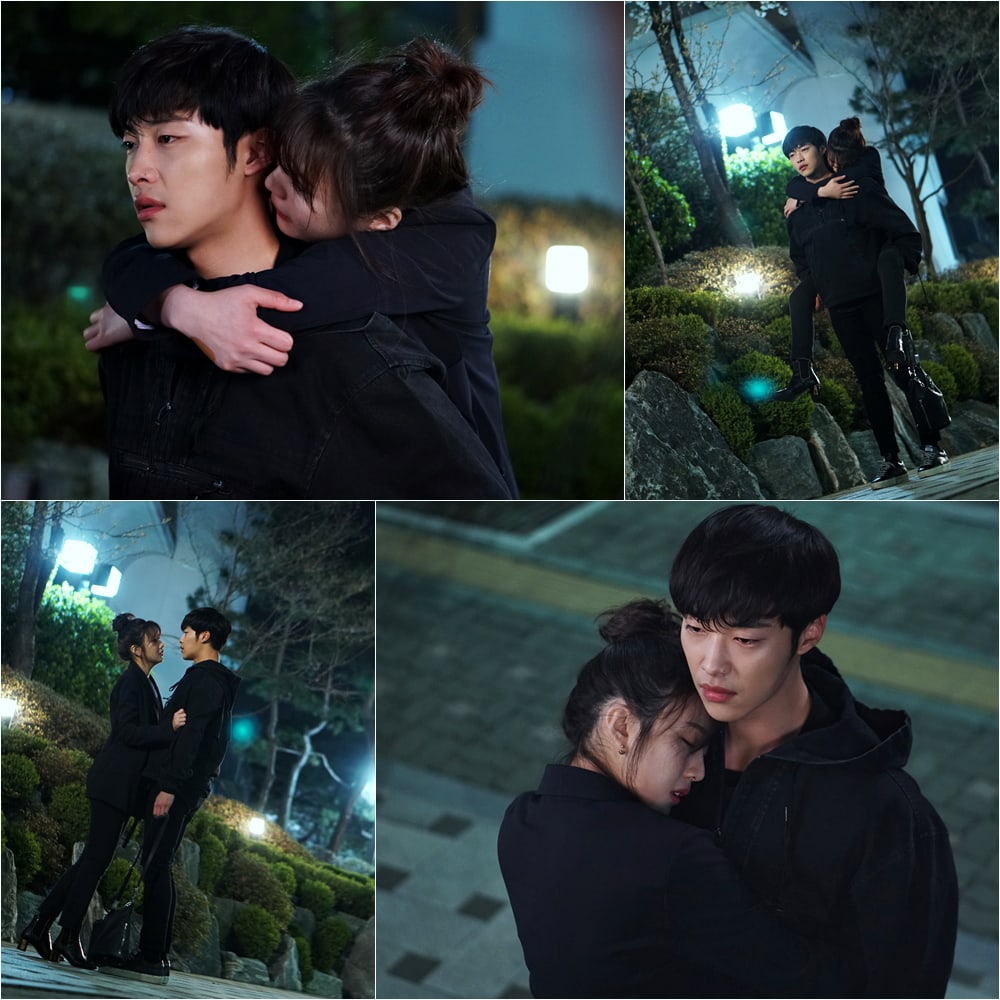