Red Velvet’s Joy and Woo Do Hwan exude chemistry at an aquarium as MBC’s “Tempted” heads towards the end of its run.

In newly released photos, Joy and Woo Do Hwan pose adorably for the camera while linking arms. Joy holds a bouquet of spring flowers and wears a crown of flowers, while Woo Do Hwan wears a tuxedo-like jacket. The two are youthful and refreshing, reminiscent of an outdoor wedding. They also gaze adoringly into each other’s eyes in a different shot. 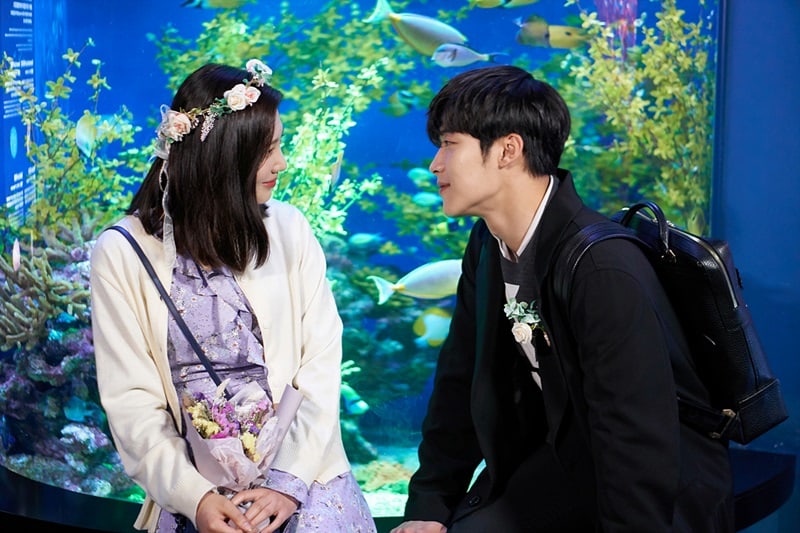 Individual photos show Woo Do Hwan hard at work, as he carefully monitors his performance in between takes. Joy also has a fun time while filming, and poses for the camera. 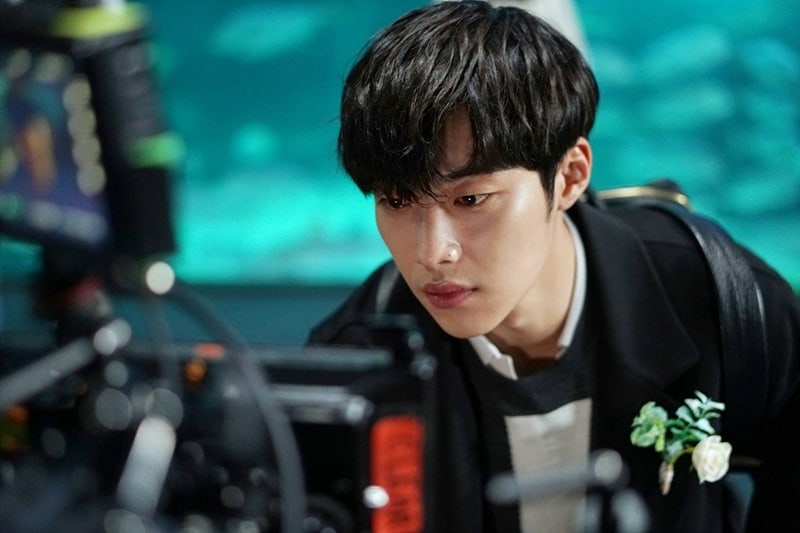 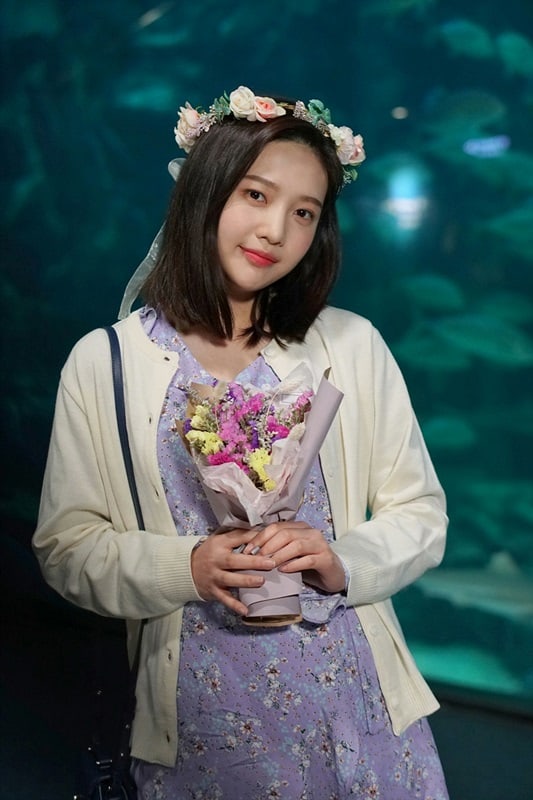 In the latest episodes of MBC’s “Tempted,” Lee Se Joo (Kim Min Jae) finally revealed Kwon Shi Hyun (Woo Do Hwan)’s secret to Eun Tae Hee (Joy), and that he had been playing her from the start. This secret was regretfully revealed right after their beautiful date together, and right before Kwon Shi Hyun was about to share everything himself as well as his plans to go abroad.

A source from the drama stated, “From the first shoot until now, Woo Do Hwan and Joy have continued to show respect for each other. They are now happily wrapping up the last of filming. Please look forward to more of the couple and the end of ‘Tempted.’”

“Tempted” airs every Monday and Tuesday at 10 p.m. KST.