The new photos show Red Velvet’s Joy and Woo Do Hwan smiling and chatting between takes, with the two actors displaying an effortless chemistry that is entirely different from the heated tension they share in the drama.

In one of the photos, Joy and Woo Do Hwan rehearse their lines on set, while in another, they sit close together as they pore over something on Woo Do Hwan’s phone. Another photo shows Joy grabbing Woo Do Hwan by the collar while he laughs at her with a fond expression.

The production staff of “Tempted” commented, “Now that we have entered the second half of the drama, Woo Do Hwan and Park Soo Young [Joy’s given name] need only look into one another’s eyes for their teamwork to kick in.” 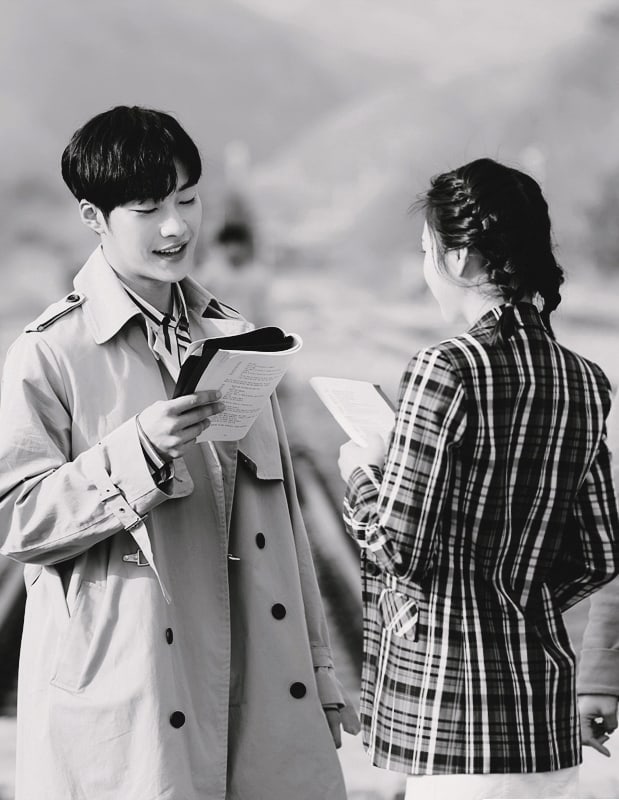 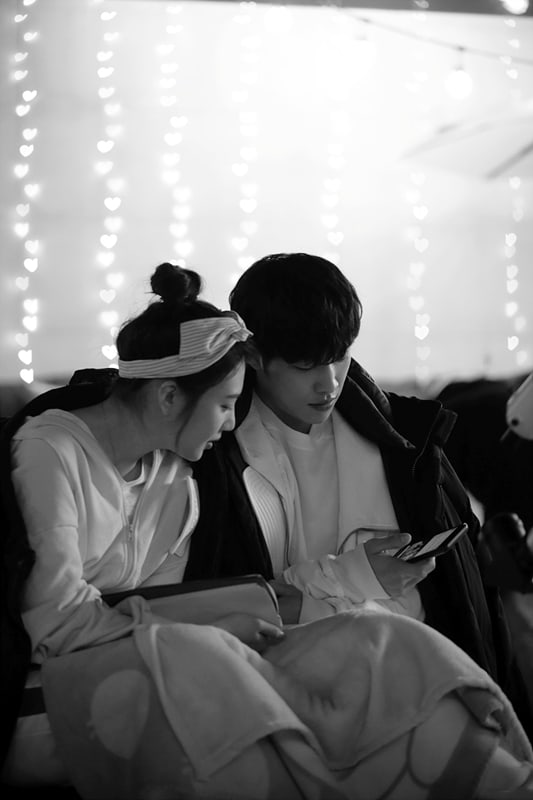 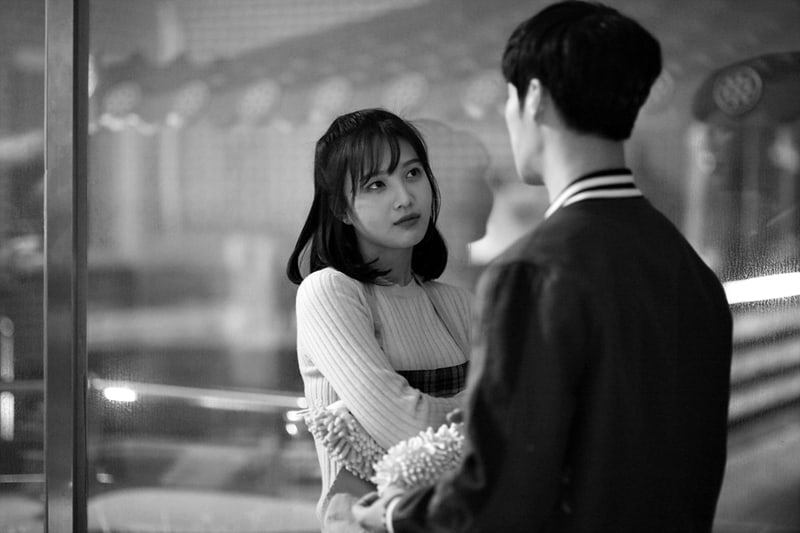 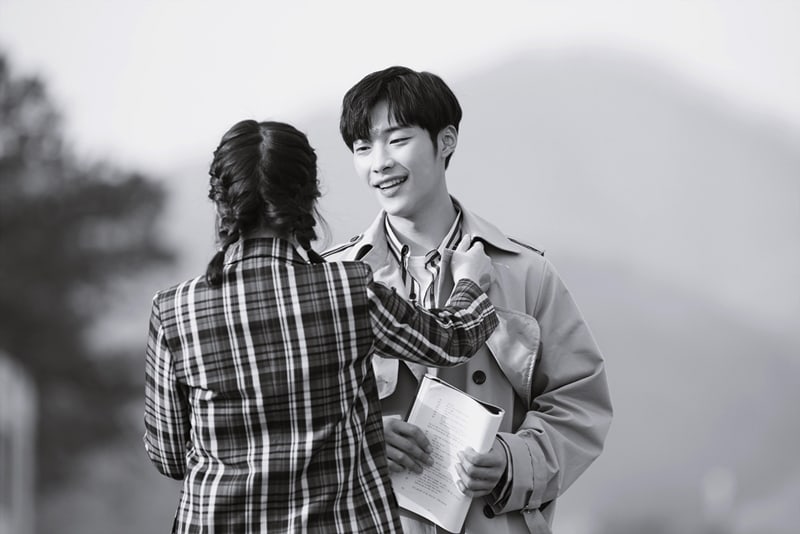 The producers added, “There are many hills that Shi Hyun [played by Woo Do Hwan] and Tae Hee [played by Joy] need to climb in the drama. As Shi Hyun and Tae Hee love each other deeply, please stay tuned to see how they overcome the obstacles that lie before them.”