MBC’s “Tempted” has given viewers a sneak peek at Red Velvet’s Joy and Woo Do Hwan’s romantic kiss scene from its upcoming episode!

In newly released stills from the drama’s next episode, Eun Tae Hee (played by Joy) and Kwon Shi Hyun (played by Woo Do Hwan) gaze at each other in a tense moment before ultimately sharing a sweet kiss amidst falling cherry blossom petals. Interestingly, Kwon Shi Hyun appears a little stiff and slightly surprised, as though he has been caught off guard by Eun Tae Hee’s sudden kiss. 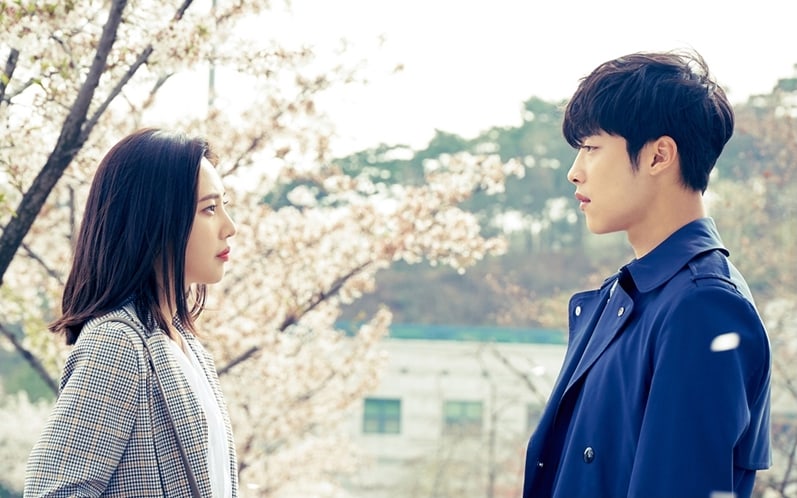 During the latest episode of “Tempted,” Kwon Shi Hyun finally confessed the truth to Eun Tae Hee about her hit-and-run accident. The two lovers reunited after Eun Tae Hee responded sympathetically, acknowledging that he must have been suffering on his own and offering him comfort.

However, Kwon Shi Hyun wasn’t able to bring himself to tell her the truth about the game of seduction that brought them together. Between his dark secret about their romance and their parents’ complicated history, there may be a storm brewing on the horizon for the newly reconciled couple.

Find out what lies in store for the two lovers on the next episode of “Tempted,” which airs on April 17 at 10 p.m. KST.