On April 23, girl group Red Velvet made an appearance on JTBC’s “Ask Us Anything.”

When asked if they had any concerns lately, Yeri said, “When I don’t have any facial expression, I look angry. People thought I was angry all the time. So I grew scared of cameras. I was shy around other people but I’m not the type to tell people when stuff is hard. Because I bottled it all up, there was a time where people kept saying, ‘Why is she like that?’” 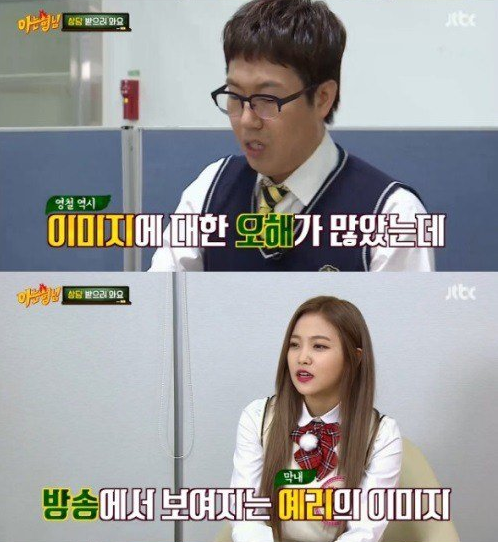 Kim Young Chul gave her some advice, saying, “If you try to show a good side of yourself all the time, you’ll be making excuses soon. Just say what you’re feeling.” He also sympathized with her concerns about her image and the pressure to always show a bright side of herself. 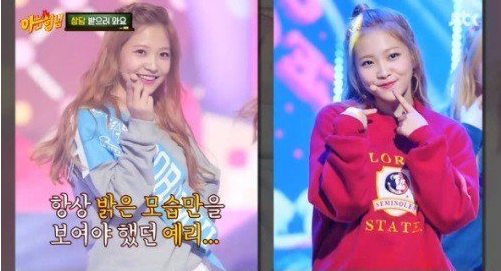 In a separate interview with the production staff, Yeri said, “I was a trainee since Grade 5 of elementary school. I couldn’t tell my parents about how hard it was. As I grew older, it became more difficult to tell people things. I’m glad that Kim Young Chul was able to recognize that. I feel like I’ve been healed.”