BTS‘s criminally attractive members make fans suffer in the best ways, but one BTS fangirl had enough; she threatened to sue Suga…for being too damn sexy! 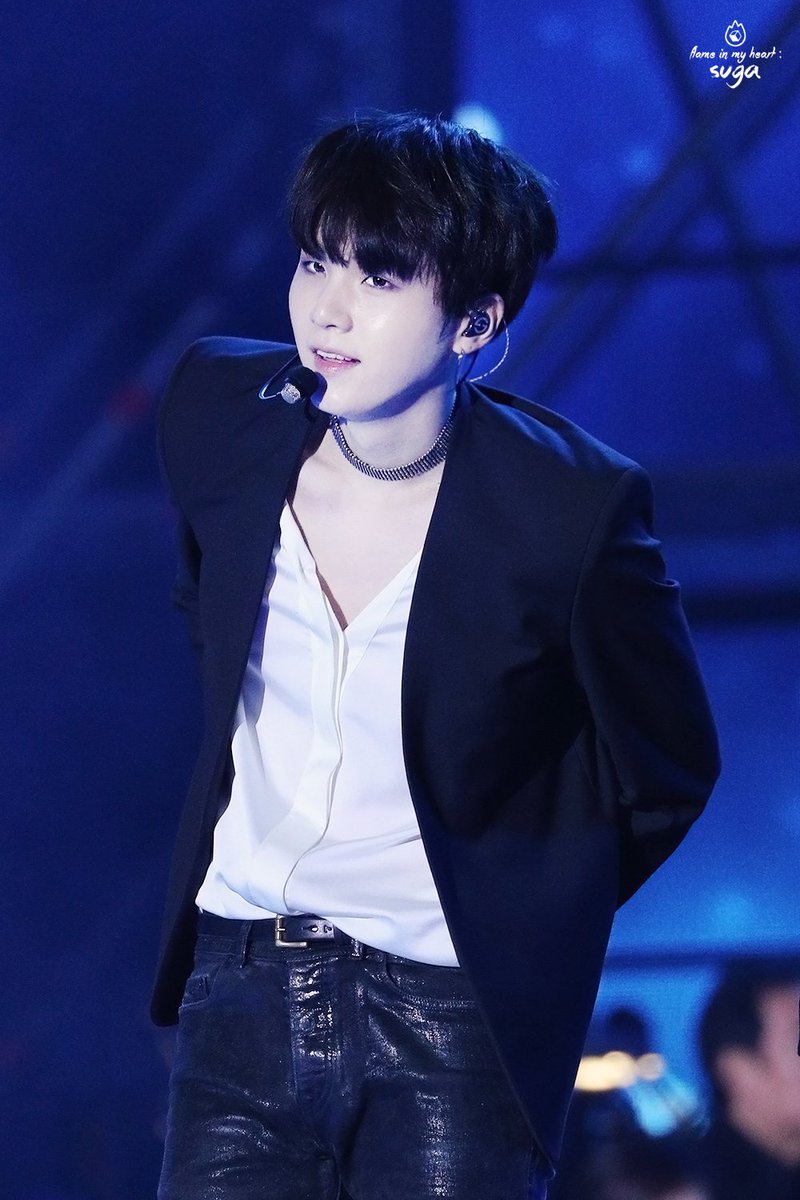 The fan first started threatening to take Suga to court in 2014. During a fan sign event, she called Suga a “dangerous man”…

…and demanded that he take responsibility for turning her into such a die-hard fangirl!

Suga had no idea how to react. He appeared to be flattered and embarrassed but tried to keep his cool.

Just as Suga composed himself, the fan shouted the now famous line, “I will sue Min Yoongi!”

This time, Suga started to laugh. He couldn’t stop smiling throughout the rest of the fan meet.

At a separate event, the same fan warned Suga that she planned to report him to the authorities, for making her heart explode.

This time, Suga was prepared for her accusations and replied with his signature sass:

According to the fangirl, Suga is a repeat offender with no hope of rehabilitation. He can’t even drink water without flaunting his illegal charms!

In January 2016, Suga referenced his loud-mouthed “accuser” at a fan meeting. During the meet, Jin accidentally swatted a picture at a fan…

…and Suga jokingly asked if “I will sue Kim Seokjin” would be the new trend.

Many fans loved the on-going interaction between Suga and his shameless superfan but, sadly, this ship was not meant to sail! 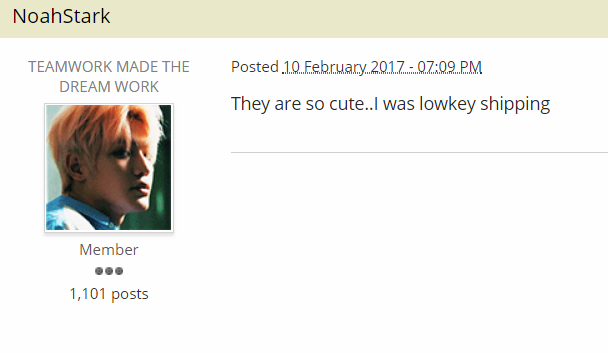 In 2017, the fangirl finally dropped her charges against Suga…and got married! 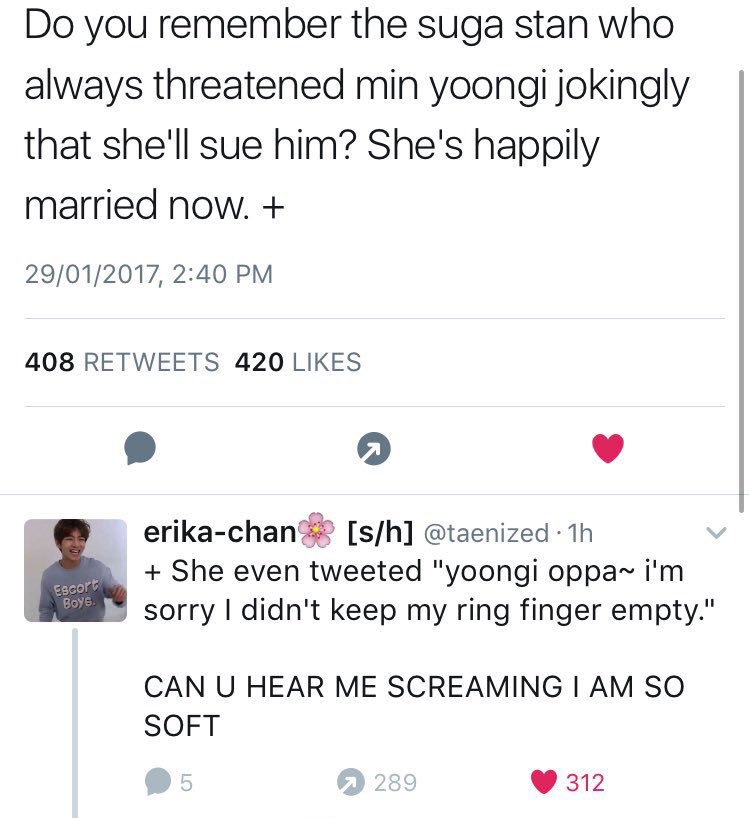