On February 5, the special aired its first episode, featuring many popular idols taking part in events including track and field, bowling, archery, and rhythmic gymnastics.

Check out the results from day one below!

The track and field events included the 60-meter sprint for male and female athletes.

The gold medal in the 60-meter sprint for female athletes was grabbed by Holics’ Yeonjung with a time of 9.14 seconds. fromis_9’s Lee Na Gyung took silver with a time of 9.23 and S.I.S’s Jihae took bronze after finishing in 9.28 seconds. 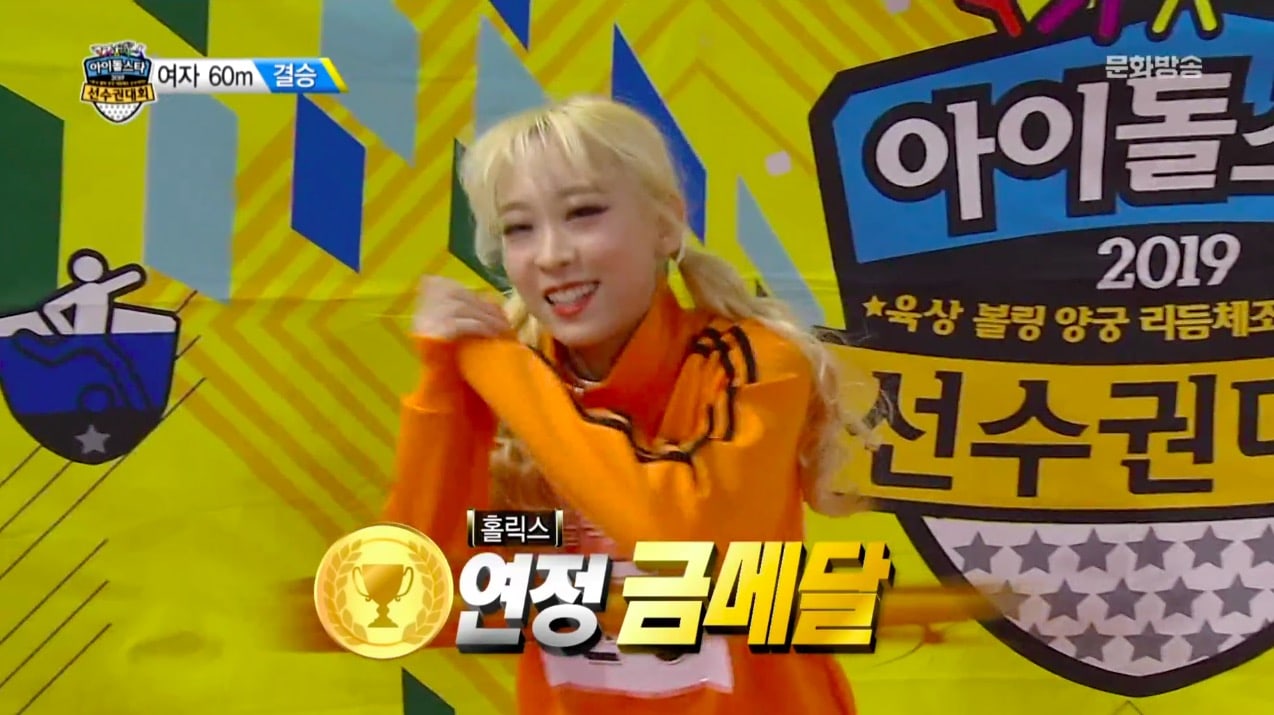 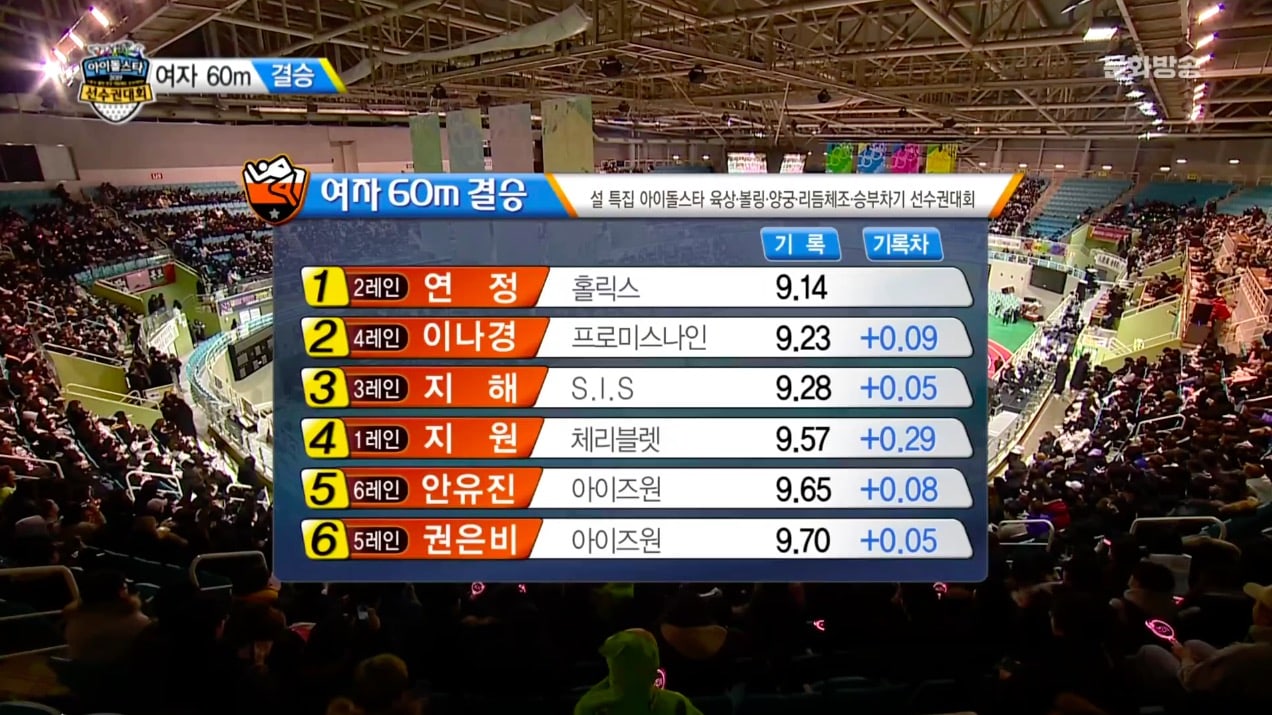 In the male finals, Golden Child’s Y took the gold medal again, as he did last season. His time this season was 7.52 seconds, beating his 7.60-second score last time.

NOIR’s Nam Yoon Sung took silver with a time of 7.53 seconds and Golden Child’s Jangjun took bronze after running the track in 7.61 seconds. 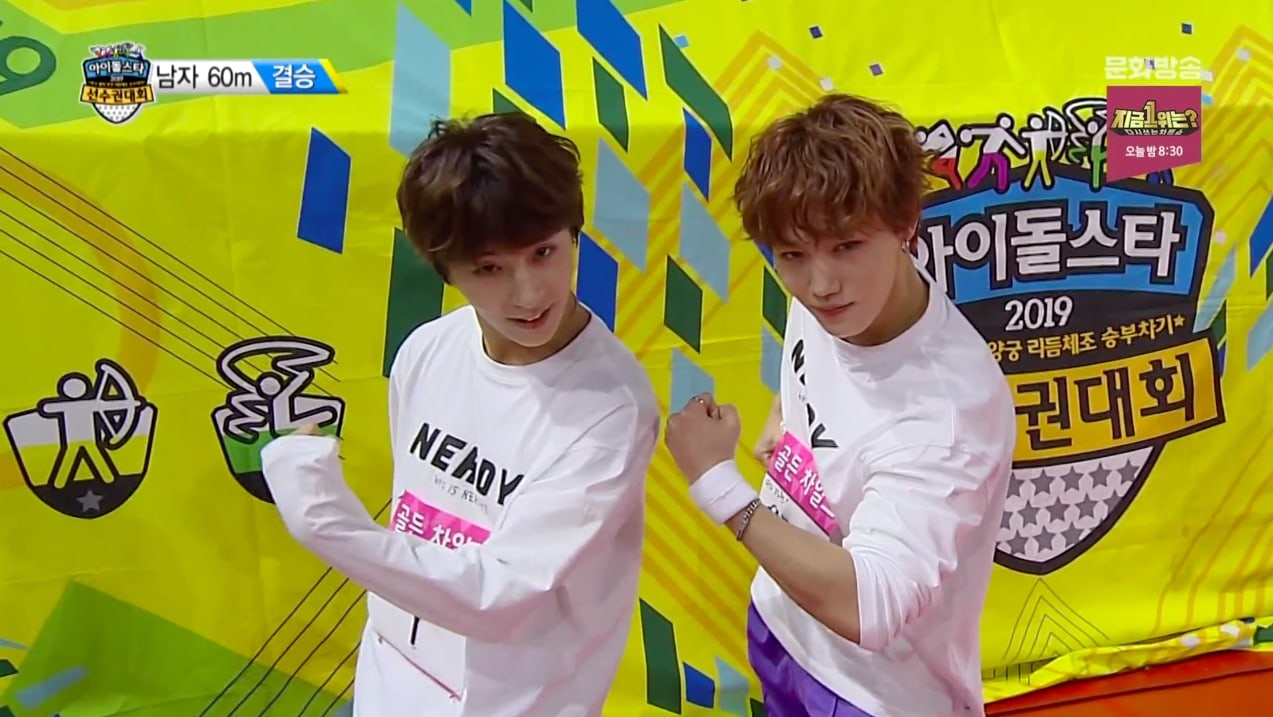 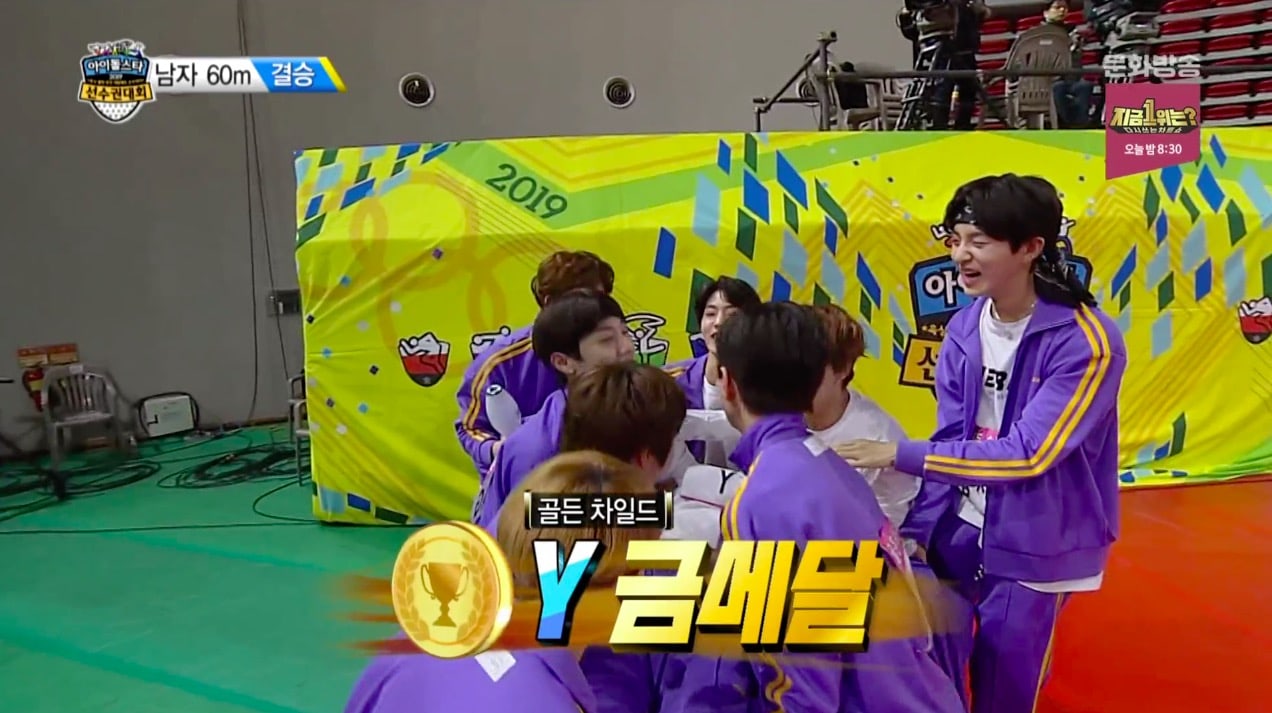 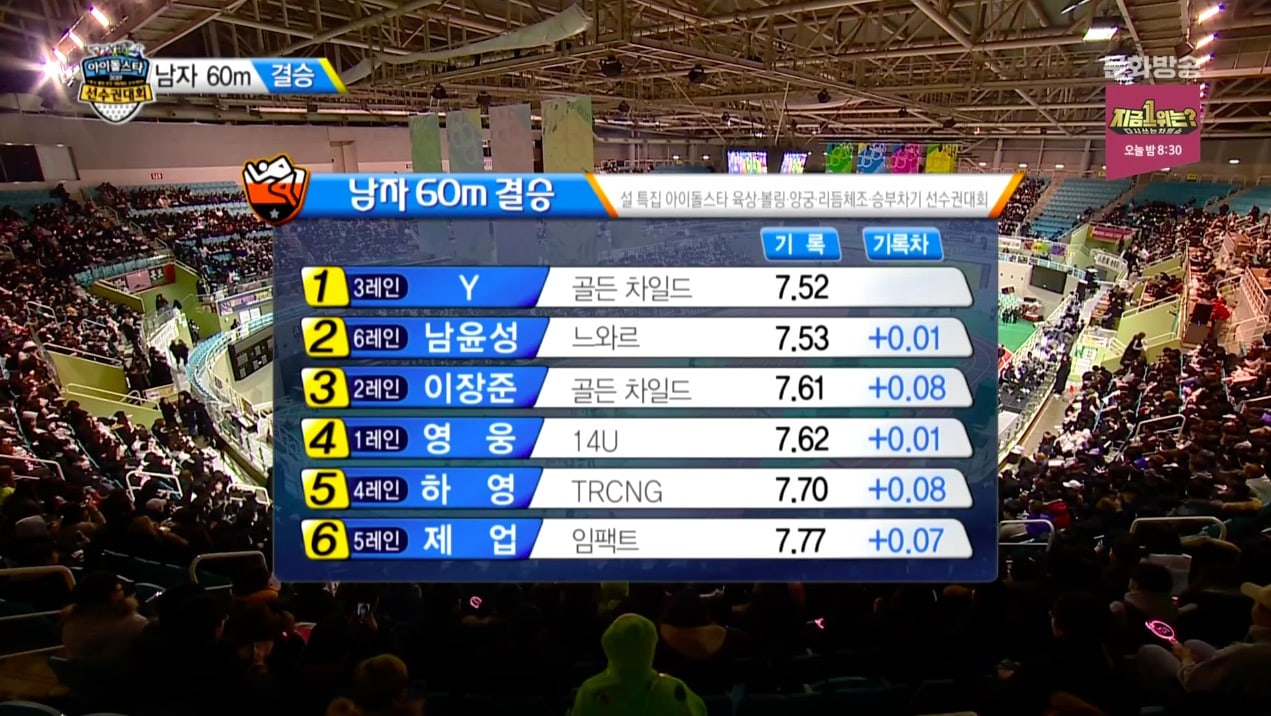 In the bowling preliminaries for male athletes, iKON’s Bobby and ASTRO’s Cha Eun Woo went head to head, and Cha Eun Woo advanced to the semifinals with a score of 138 to Bobby’s 114.

In a match between SEVENTEEN’s Mingyu and NCT 127’s Jaehyun, Mingyu got a great start by bowling a strike in the first frame. However, Jaehyun ended up proving himself to be a “super rookie” (after only starting to bowl three weeks before filming), and he went on to the semifinals with a score of 173 to Mingyu’s 144.

MONSTA X’s Minhyuk and Super Junior’s Shindong also went head to head in the preliminaries, and Minhyuk advanced with a score of 154 to Shindong’s 134.

The semifinals featured a rematch between the gold and silver medalists from the “2018 Idol Star Athletics Championships – New Year Special,” EXO’s Chanyeol and ASTRO’s Cha Eun Woo. At the end of the exciting match, Chanyeol won with a score of 187 over Cha Eun Woo’s 134, therefore earning a ticket to the finals. 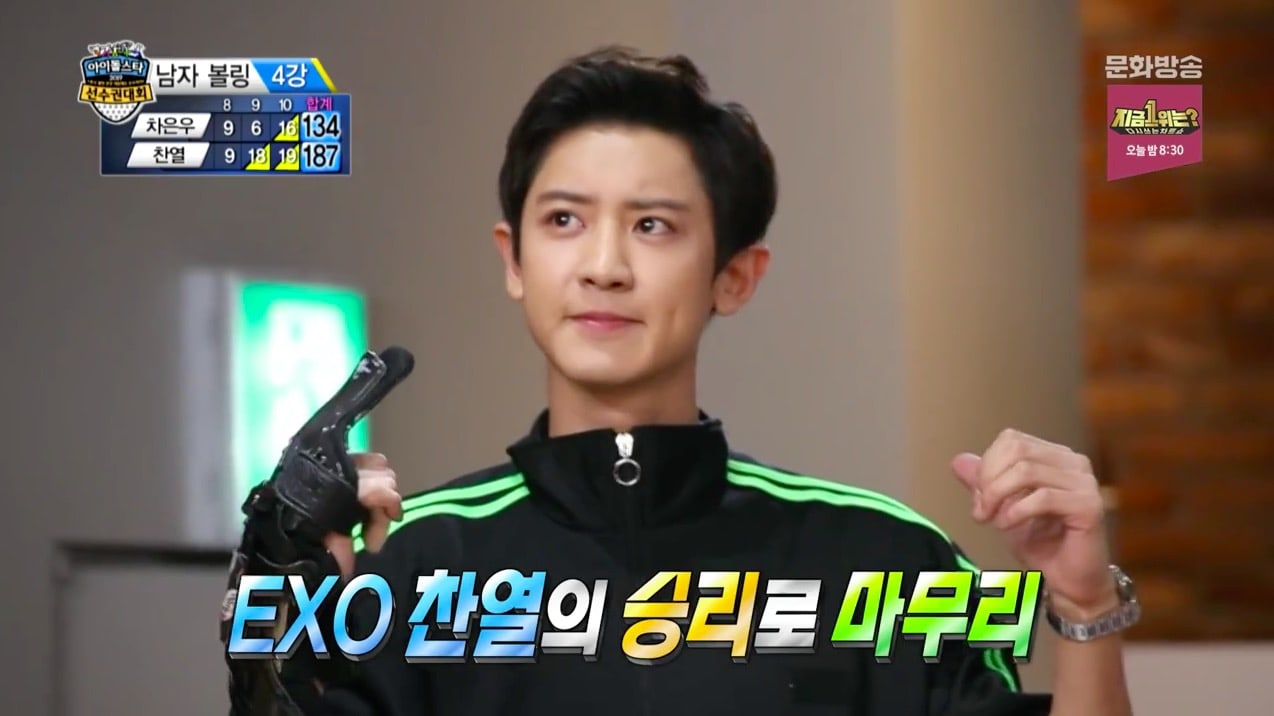 Jaehyun and Minhyuk were matched against each other in the semifinals, and Jaehyun broke an “Idol Star Athletics Championships” record by achieving a score of 243!

He scored six strikes in just one game, securing a score that would impress even the pros, as well as a spot in the finals, which will air in day two of the special. 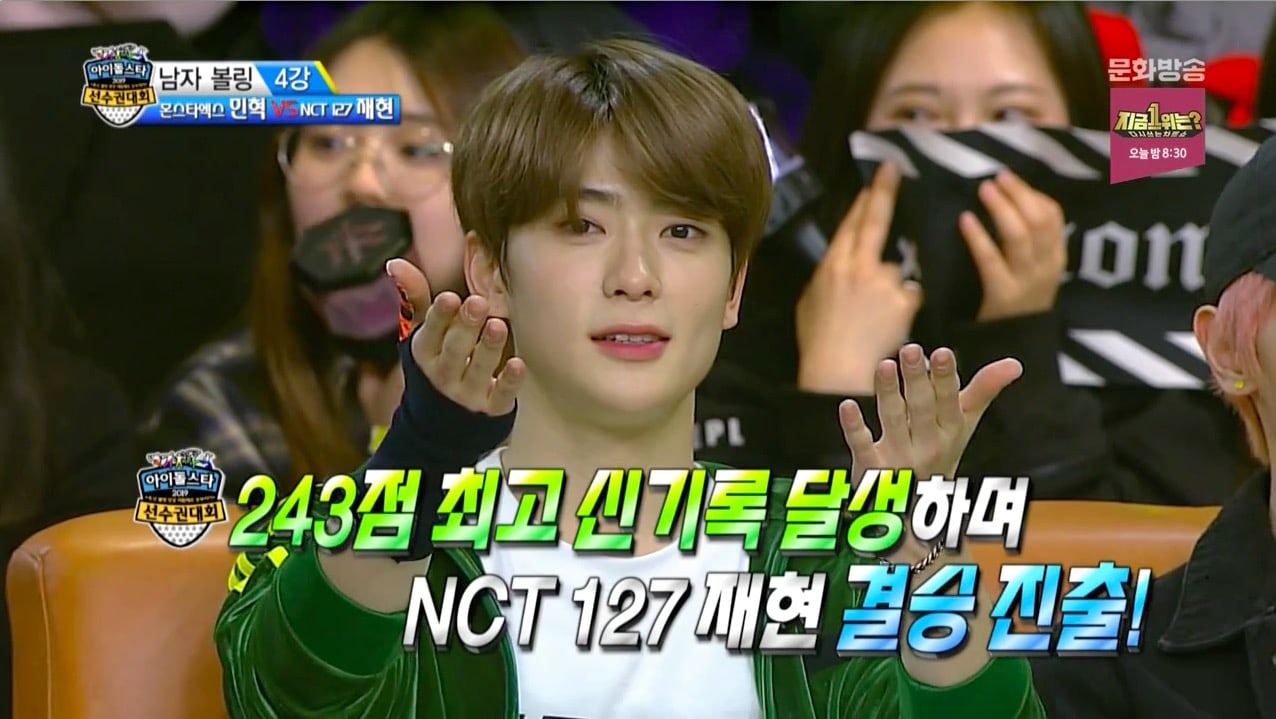 In the semifinals for female archery, the competitors were gugudan, Red Velvet, GFRIEND, and TWICE.

The first match between TWICE and Red Velvet ended with TWICE heading to the finals after scoring 77 to Red Velvet’s 67. 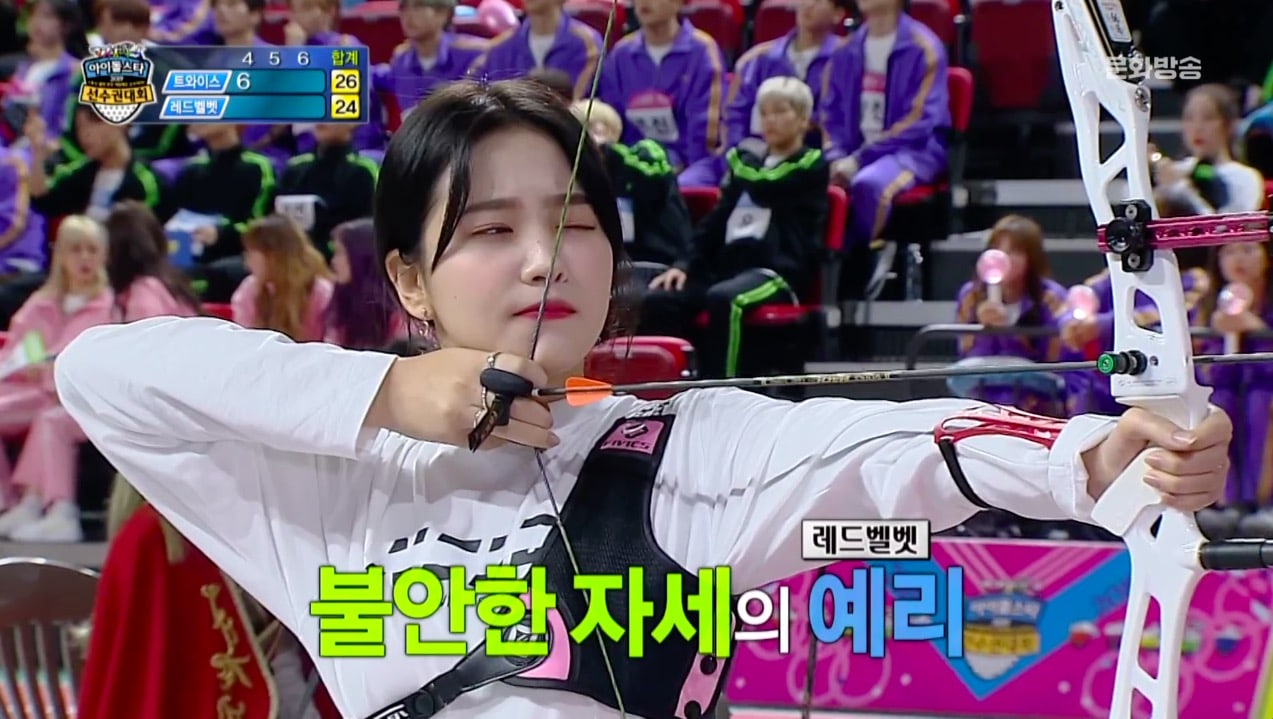 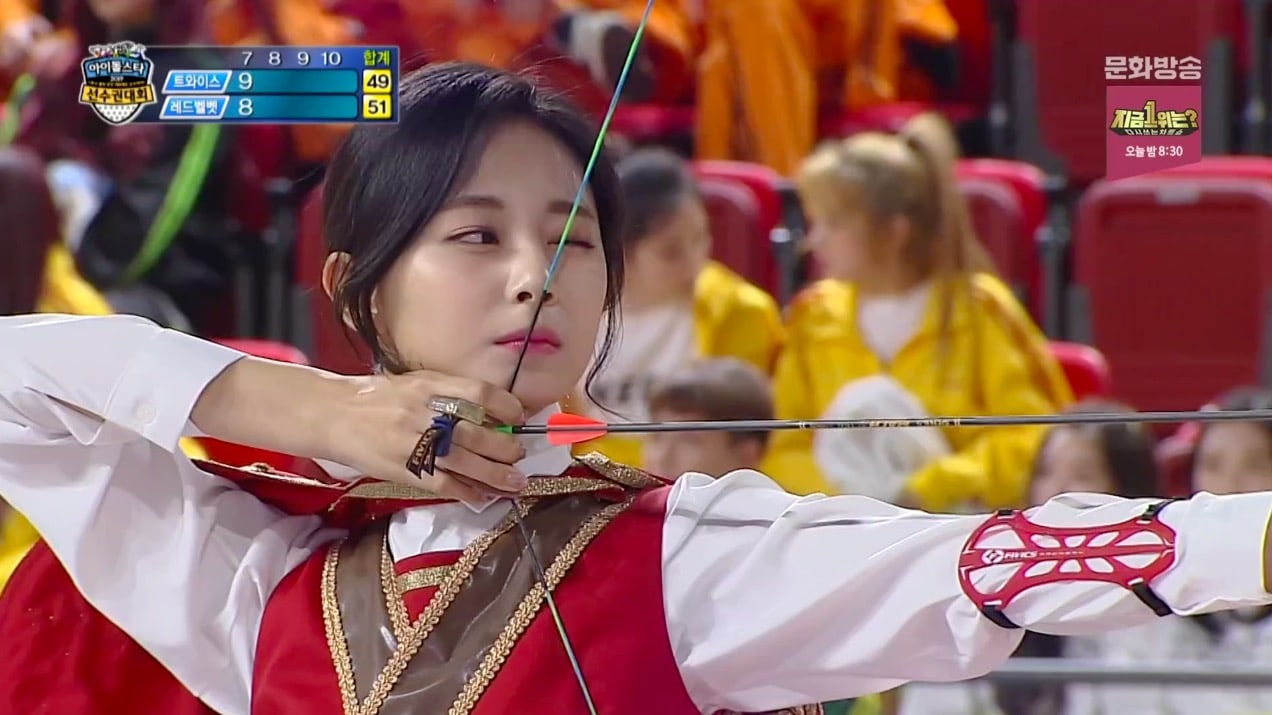 gugudan and GFRIEND also fought for a spot in the finals, and gugudan won with a total score of 90. 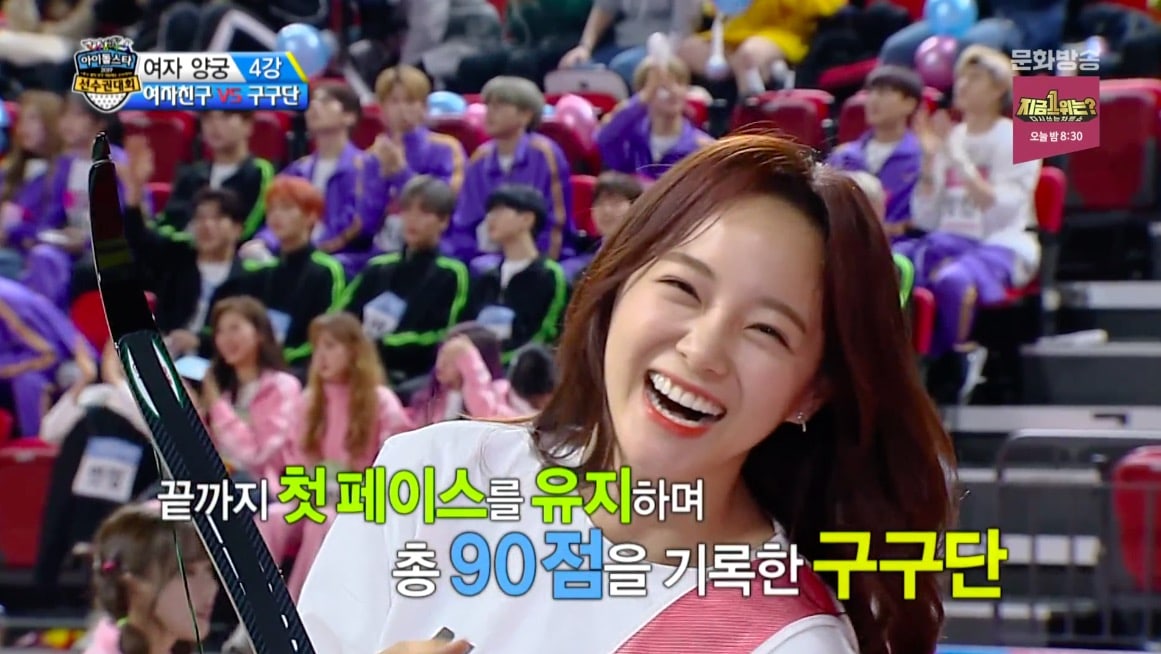 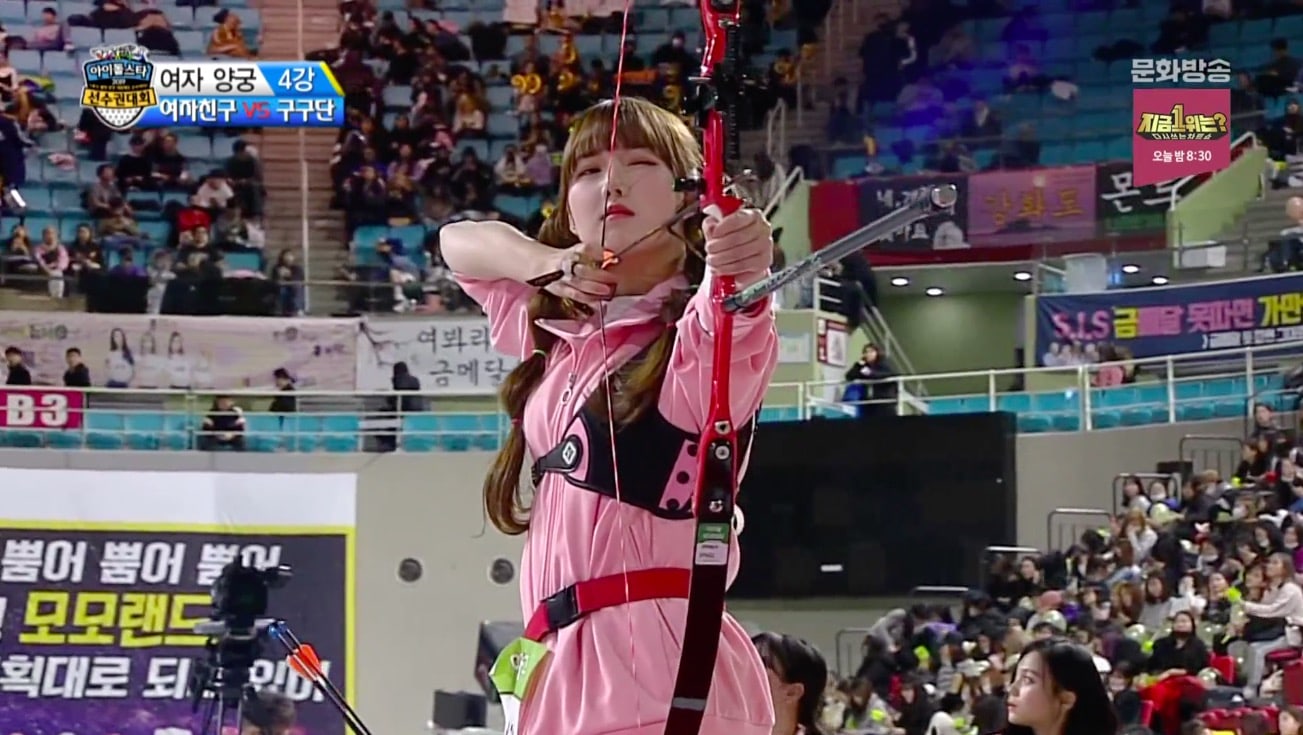 The semifinals for male archery included MONSTA X and SEVENTEEN going head to head. SEVENTEEN entered the finals with a score of 92 to MONSTA X’s 90. 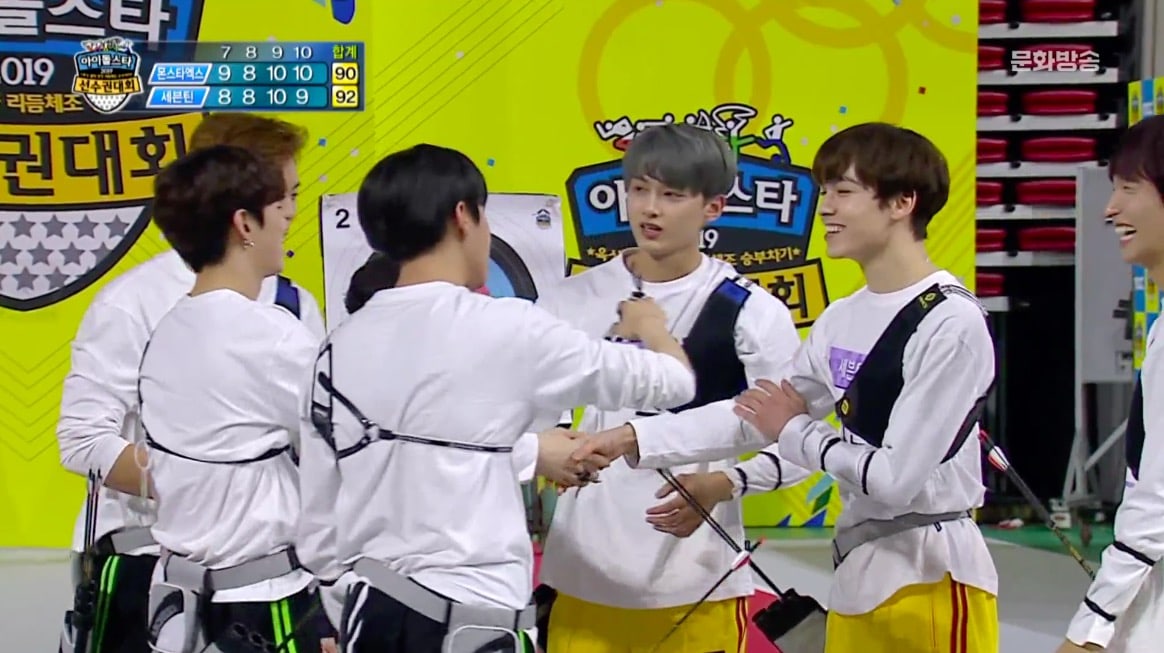 After a match between iKON and NCT 127, NCT 127 progressed to the finals. 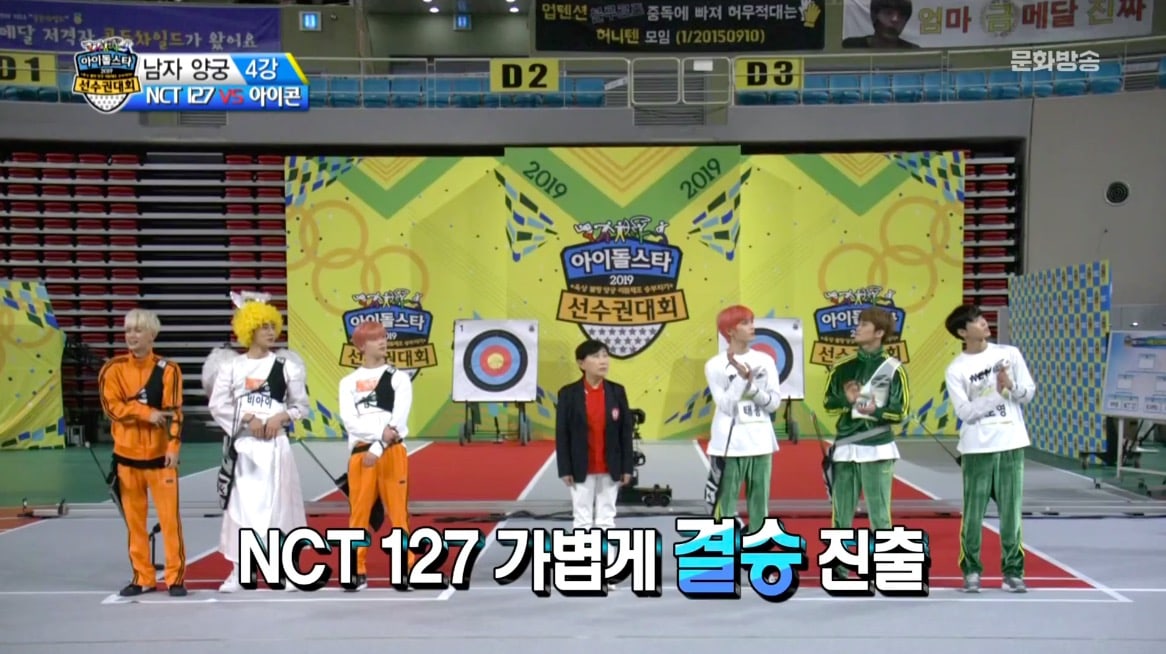 Female idols showed their impressive routines and athleticism in the rhythmic gymnastics event. MOMOLAND’s JooE was up first and she performed to Queen’s “We Will Rock You.” She received a score of 10.6. 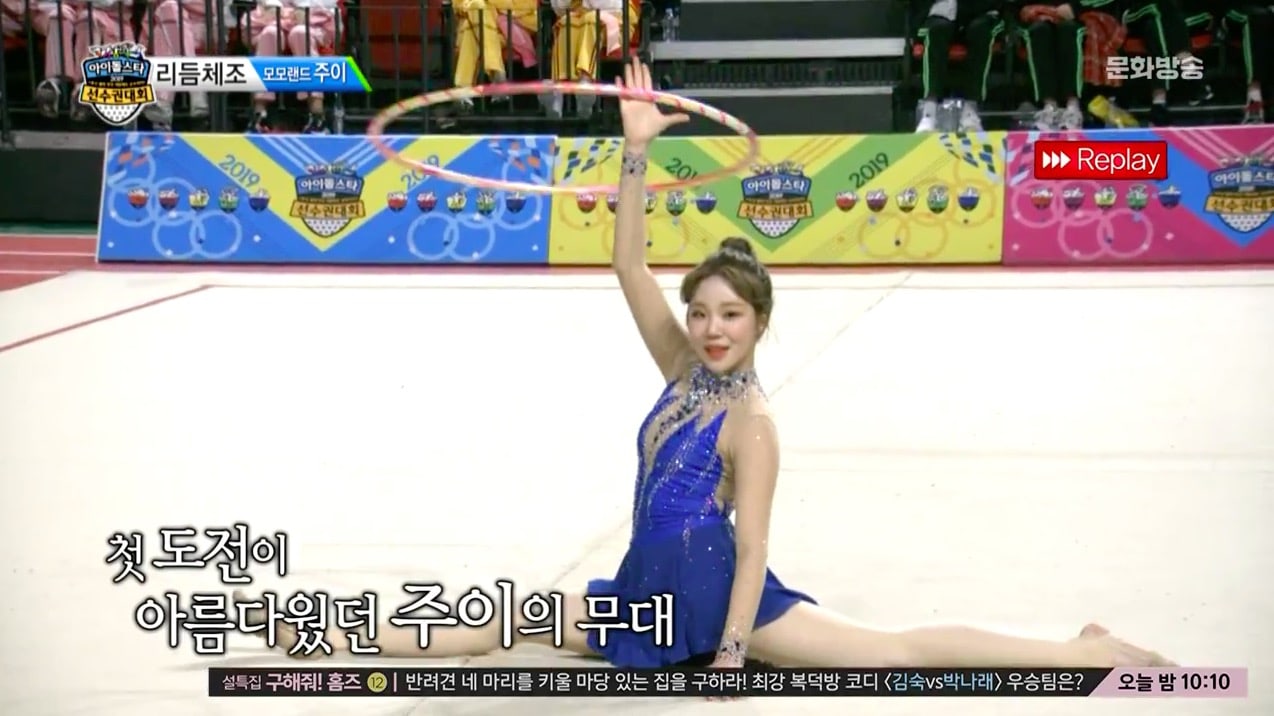 Despite it being her first time taking part in the rhythmic gymnastics event, WJSN’s Eunseo secured a score of 12.5. LABOUM’s ZN calmly showed her skills with a ribbon and earned 12.1 points. 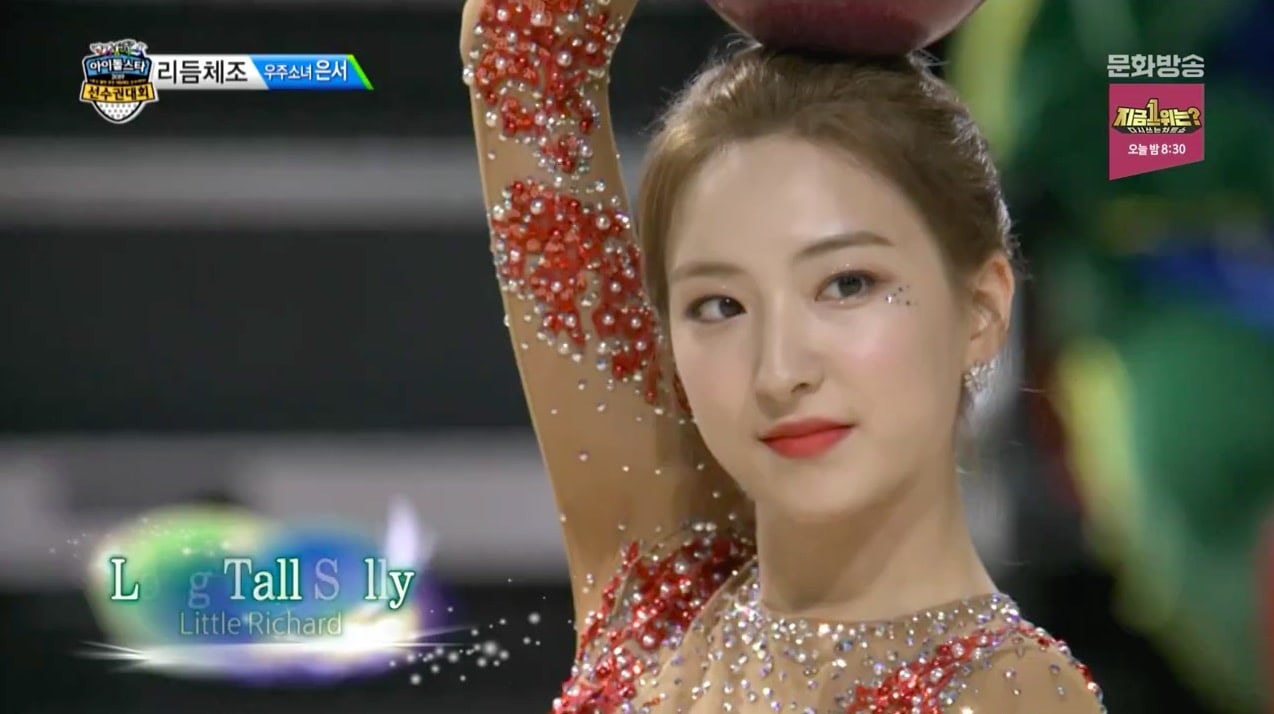 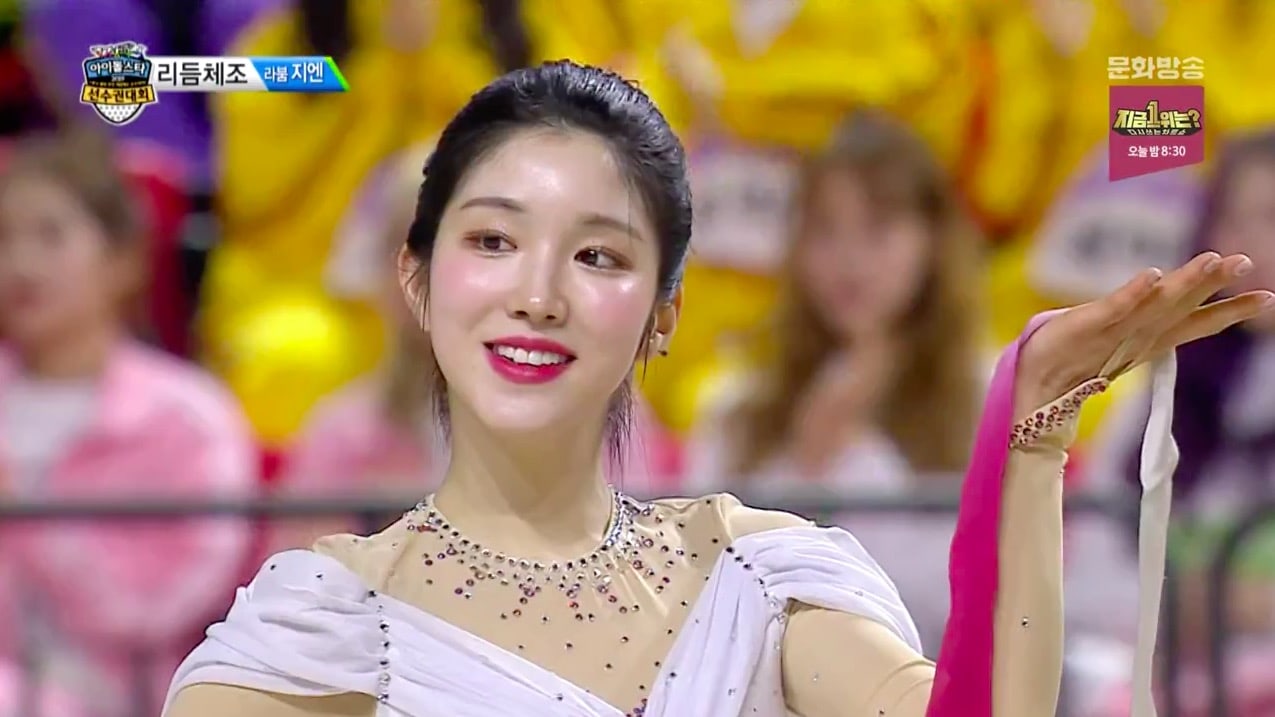 (G)I-DLE’s Shuhua was the last to join the practise for the event, but she grabbed a score of 12.7 points. Cherry Bullet’s May was the youngest competitor and she earned 12.6 points. 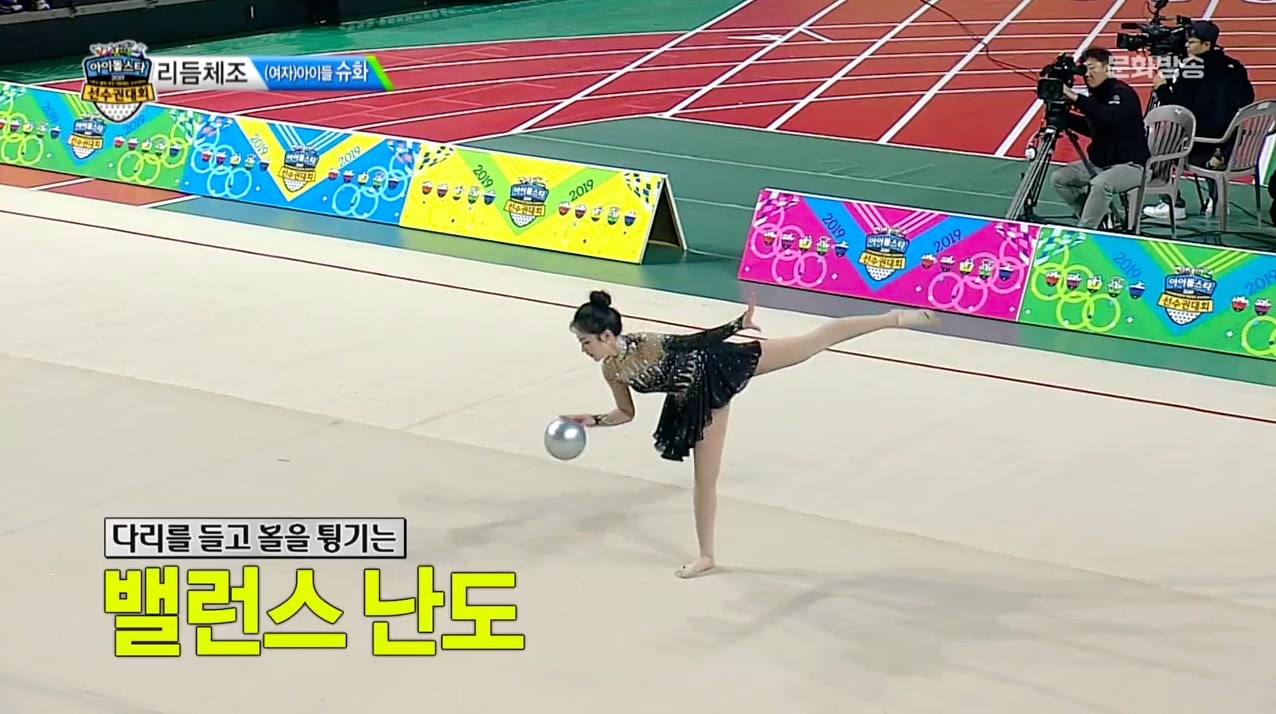 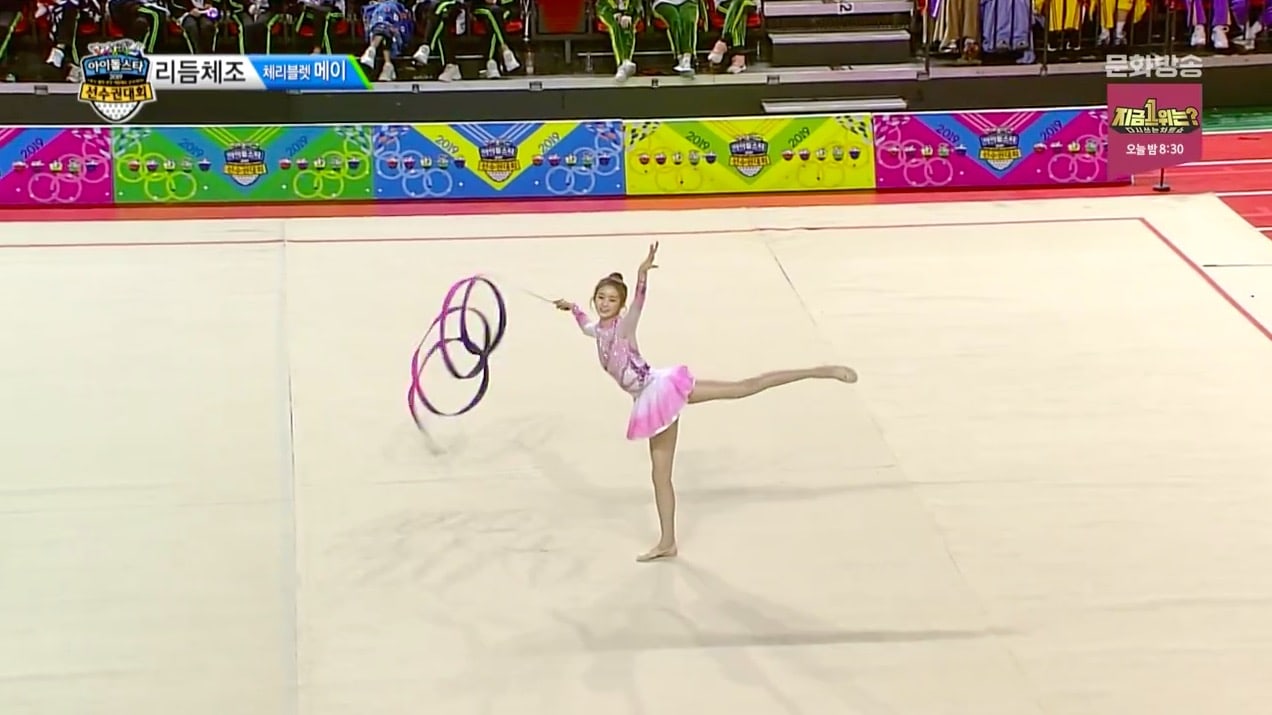 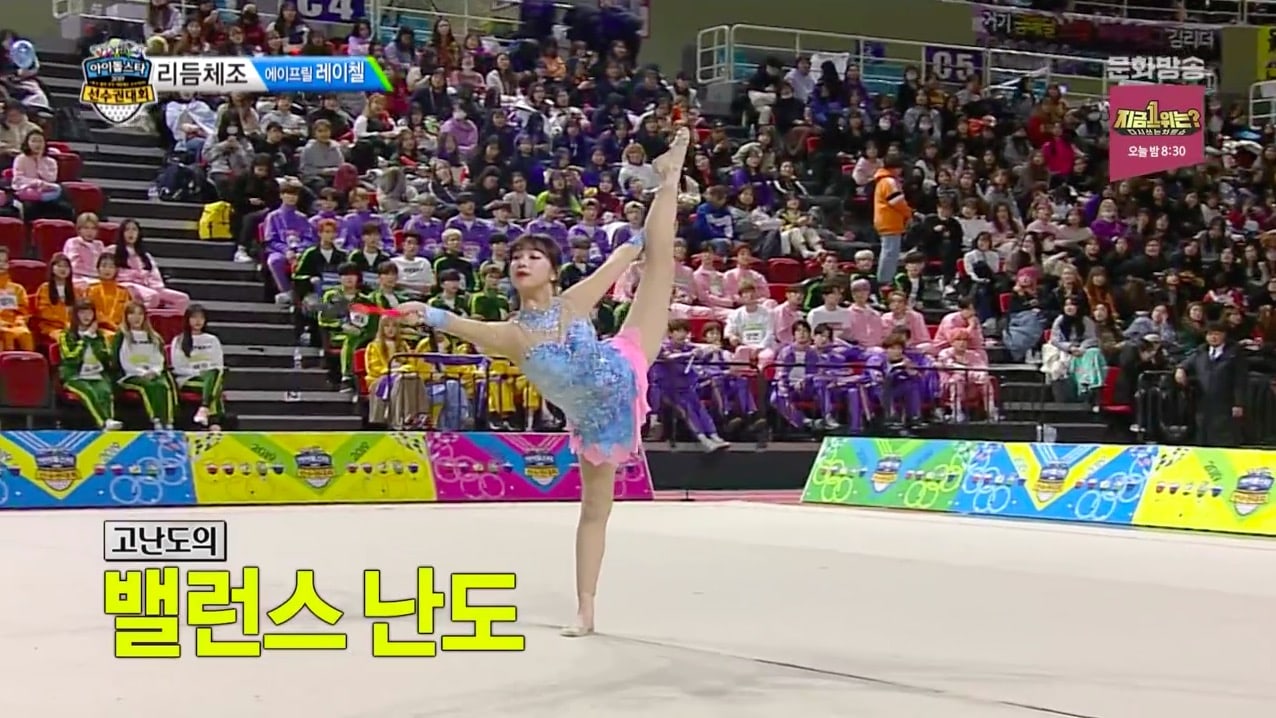 ELRIS’s Yukyung won gold in the most recent season of the special, the “2018 Idol Star Athletics Championships – Chuseok Special.” Yukyung ended up taking silver with 12.9 points as Rachel took home the gold, and Rachel tearfully accepted her gold medal after having set a new record. 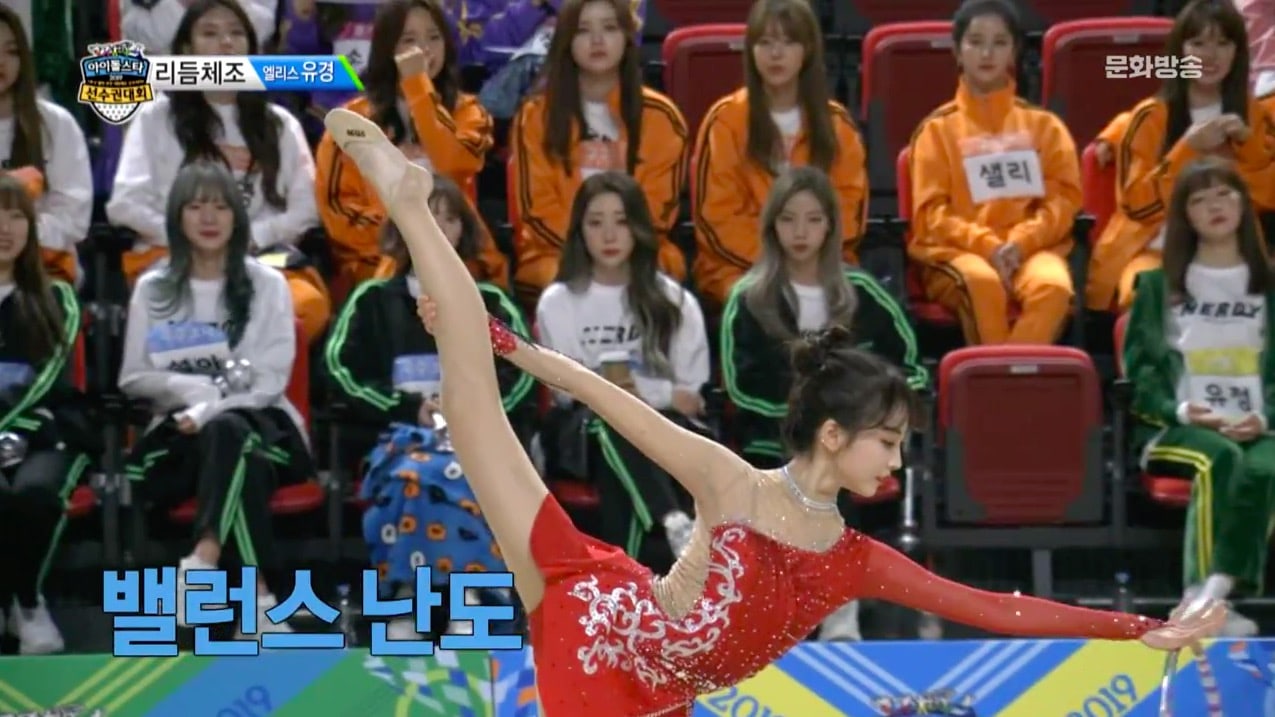 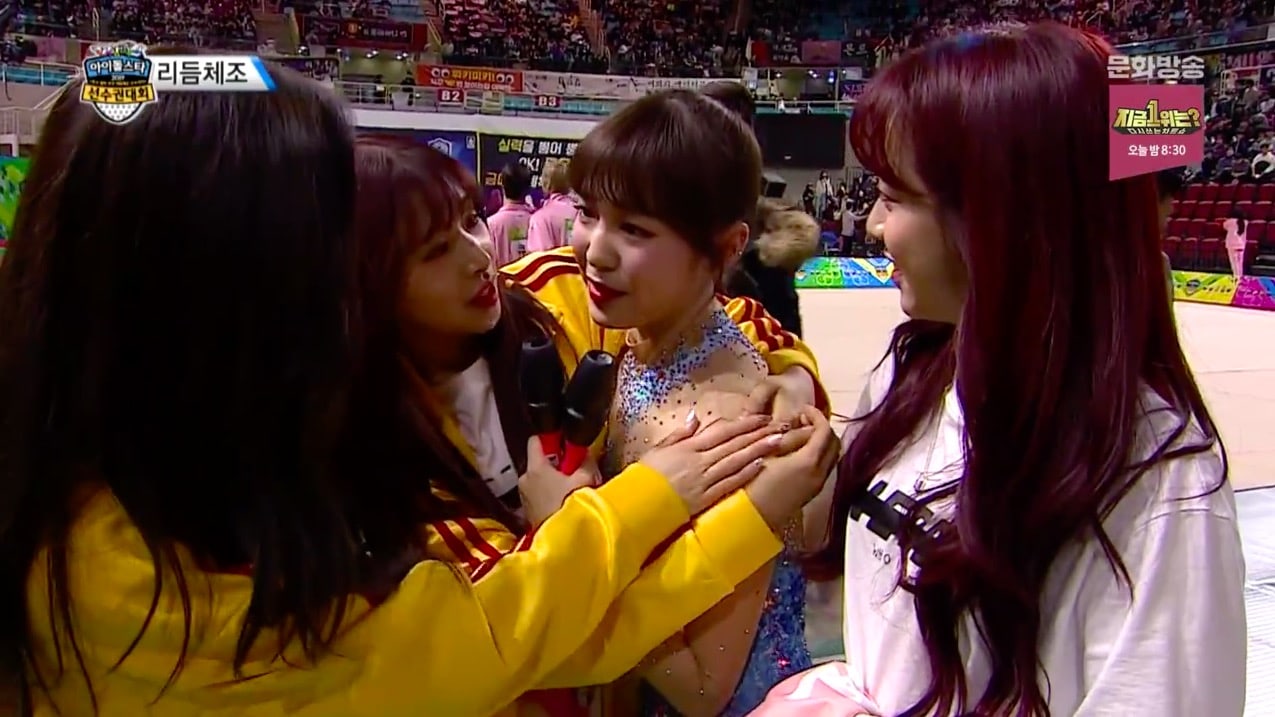