Recently on a Korean website, there was a popularity contest held between the two male characters of Netflix drama, Startup. Usually, the main male lead unanimously gets a majority of the votes but for this particular drama, that was not the case. 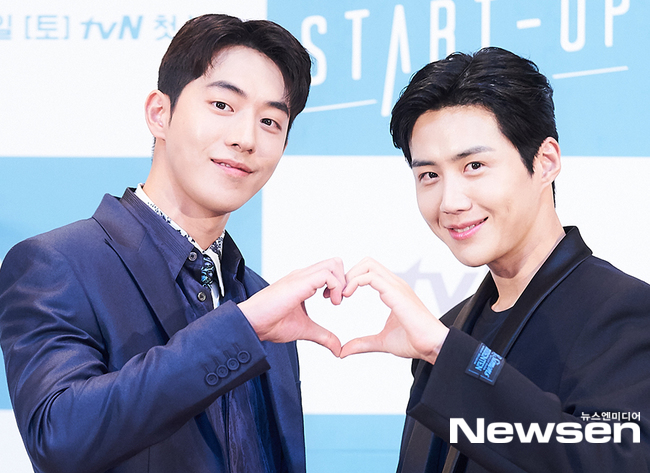 Nam Joo Hyuk, who plays Nam Do San and Kim Seon Ho, who plays Han Ji Pyeong in the insanely popular Netflix series, have both been headlining due to the immense popularity of the series. However, while both actors are incredibly handsome and talented, it seems one is pulling in more popularity than the other, at least for this particular drama.

According to Naver users, when asked “if you were Dal Mi, would you choose Nam Do San or Han Ji Pyeong”, a whopping 81% of them answered that they would choose second male lead Han Ji Pyeong over Nam Do San!  Han Ji Pyeong won by a landslide, receiving 44,979 votes while Nam Do San only received 10,268 votes.

This usually does not happen in the Korean drama world, as the lead male character typically swoops in and steals everyone’s hearts. However, it seems that for this particular drama, the second male lead is doing that instead of Nam Do San.

Congratulations to Kim Seon Ho who plays Han Ji Pyeong! The results are probably not that surprising as the actor has been skyrocketing in popularity thanks to the drama. Make sure to watch the mega hit Netflix series Startup, which airs every Saturday and Sunday.