The upcoming drama is about Lee Yoo Chan (played by EXO’s Suho), a cold CEO who cannot recognize people’s faces, and the bright, optimistic employment-seeking Kim Bo Ra (played by Ha Yeon Soo), who has an incredible memory.

In the character posters, each of the four main leads stand in front of a letter, with the four letters spelling out “rich.” Suho stands in front of the R, dressed as a CEO of a company and gazes coldly at the camera. Ha Yeon Soo poses cheerfully for the camera. Oh Chang Suk, the vice president of the company, looks smart and dandy as he grins. Kim Ye Won is fashionably dressed and smiles coyly. 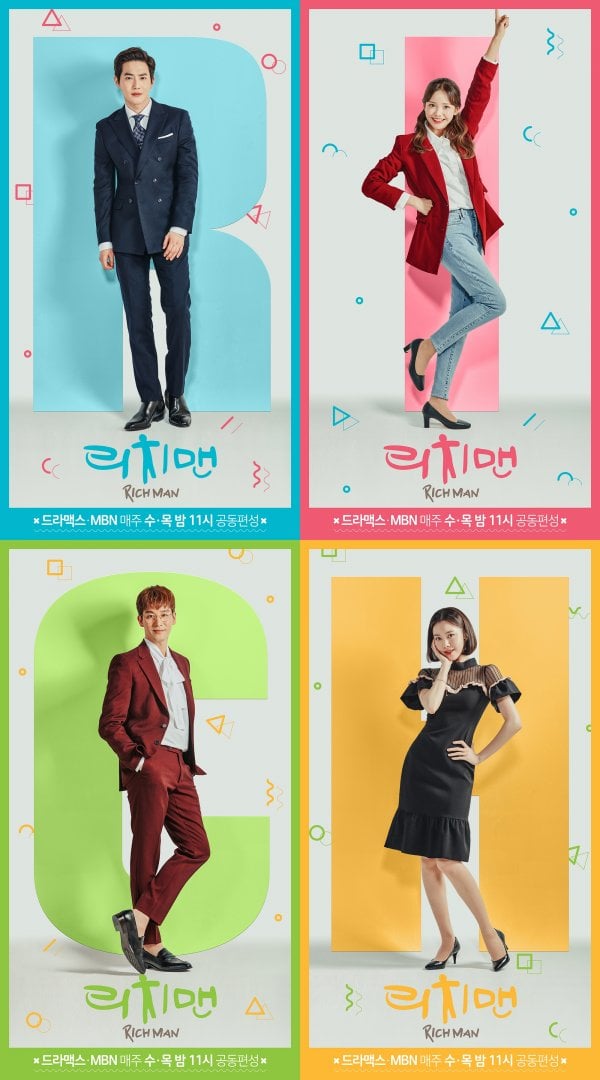 The relationship chart shows the complex histories and futures between the four leads. Lee Yoo Chan is the 29-year-old CEO of Next In. He and Kim Bo Ra, the 24-year-old university student who will graduate soon, slowly start to like each other. Min Tae Joo (played by Oh Chang Suk), the 35-year-old vice president of Next In, is interested in Kim Bo Ra. Kim Ye Won plays his sister, 29-year-old Min Tae Ra, a curator and gallery owner. She is interested in Lee Yoo Chan. 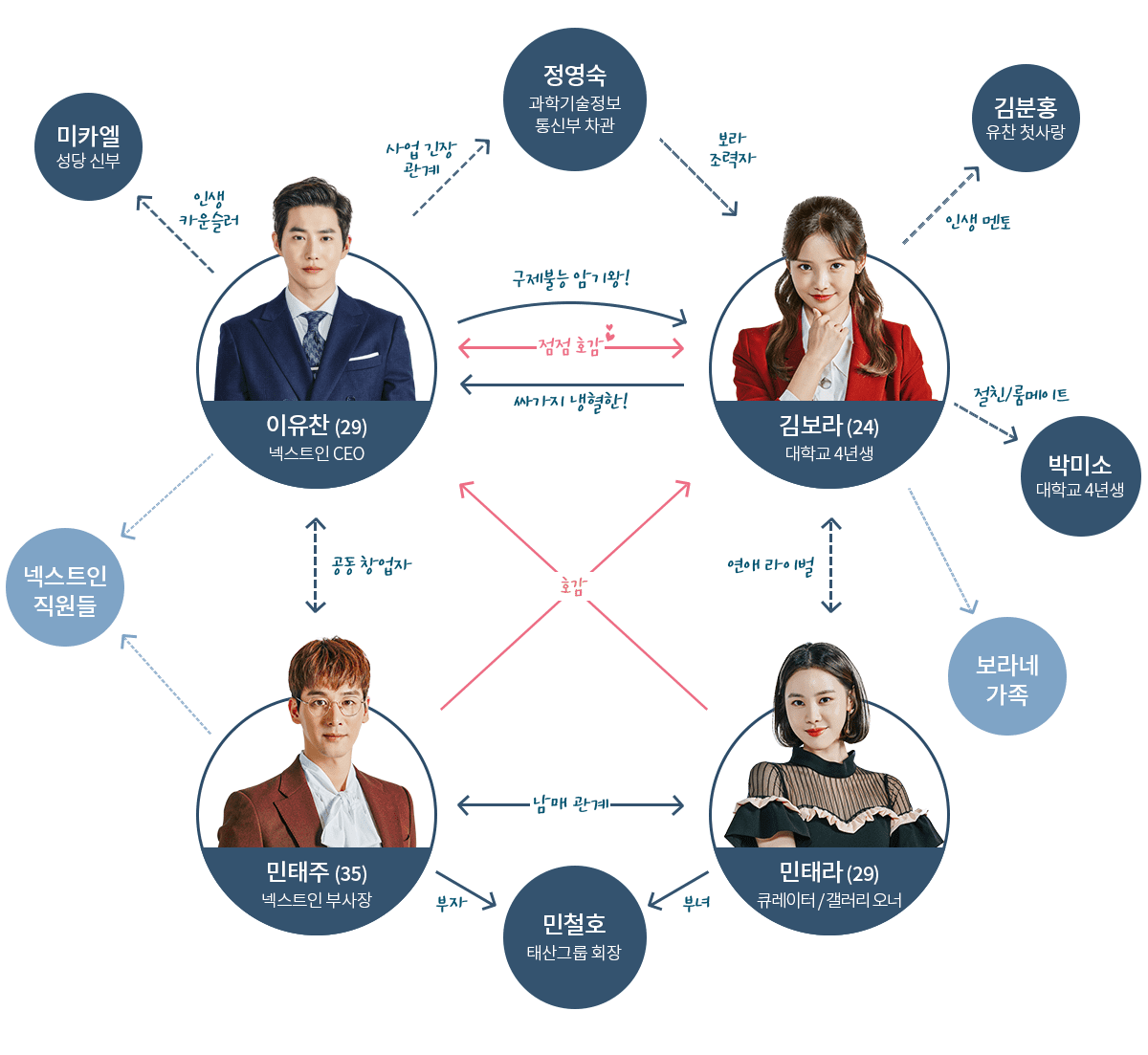 “Rich Man, Poor Woman” will air its first episode on May 9 at 11 p.m. KST, and will be available on Viki!

If you haven’t already, watch the teaser below!