In a V Live broadcast on February 20, BTS’s RM sat down with fans to express some thoughts he’s been wanting to share.

During the show, RM gave a tour of his studio space (the “Rkive”) to fans, and then answered many of their questions.

When asked about the album the group is currently working on, RM said, “This album is one that I personally like a lot. I don’t mean that I like its atmosphere or something like that — it’s because it’s really organic. The songs are really…” He then stopped himself and said with a laugh, “Well, it’s no fun if I tell you everything!” 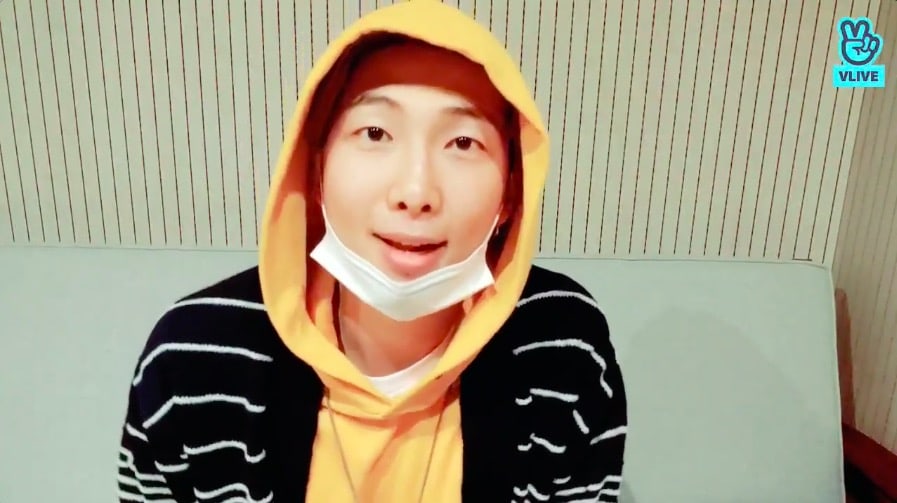 RM also reassured fans as he said that they’re working hard as they prepare while also resting well when they rest. “One goal I have is to study about the things that I’m lacking, reflect on myself, and change,” he said.

He shared that their album preparations are going well, and said they’re paying particular attention to every part of their music since they’re receiving so much attention. RM also talked about how the rap line (RM, Suga, and J-Hope) are able to record in their own studios at any time, while the vocal line members (Jin, Jimin, V, and Jungkook) are spending long hours in the recording studio.

“They have to come here and work with the producers,” he said. “The time they stay here is really long, and could be tiring and dull, so I always want to tell the vocalist members that I appreciate that they’re working hard.”

He then said, “There’s something that I’ve been thinking about lately. All seven of us are different, you know. We’re really incredibly different. I think I maybe said this in the past, but this is how I describe it: it’s like we’re all sailing in the same boat but looking at different places. We have different dispositions, we’re good and bad at different things, and the things we want to do are different too. But because we’re in this team, we see better sides of each other and we’re achieving things together under the name of BTS that we couldn’t do otherwise. I think the others know that even better than I do.” 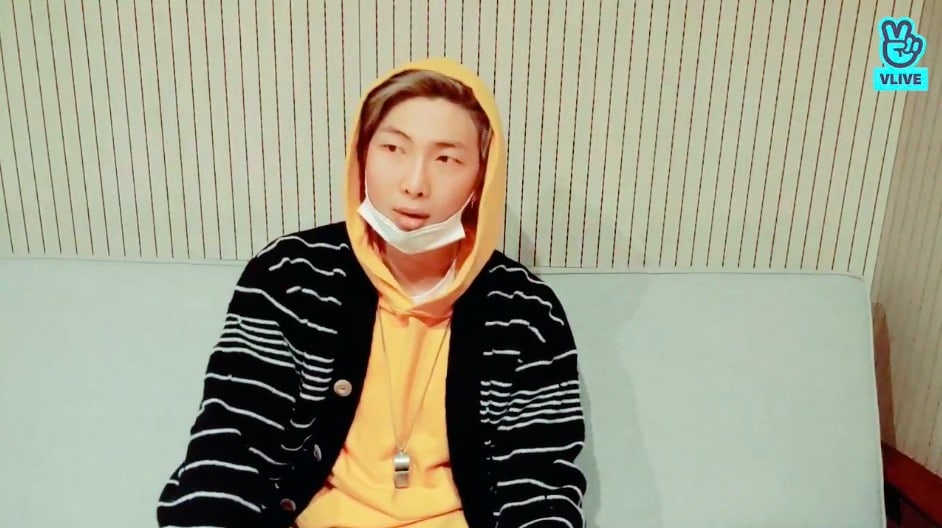 “It makes me think ‘I need to work harder,’” continued RM. He expressed that he doesn’t know how many albums they will release in the future, but that until the end he wants to work hard so that he has fewer regrets, although he recognizes that it’s not possible to have no regrets at all.

“The members trust in me and I trust in them,” he said. “So for this album too — and not just our album, but also the things that many of you are worried about and talking about — we’re trying to minimize that and think about that as much as possible. So trust in us. I hope that you’ll trust in us just a bit more. We’re really going to work hard.”

He thanked fans and said, “I’m going to be working and running hard while I think about you. I’ll be here, because no matter what words are said, BTS is BTS. I’m grateful for all the honor you give us.” He gestured to his surroundings as he said, “This is BTS’s, not mine. And it’s all of yours. BTS is all of you, that’s what I think.”

He explained that he’s been feeling very grateful lately as he works on the album, and wanted to express his gratitude and love. He also spoke in English, promising fans that they will do their best and saying, “Thank you for everything and we love you.”