Romeo’s Milo will be enlisting in the military soon to carry out his mandatory service.

On May 2, the idol posted a handwritten letter to the group’s official Twitter account, announcing his decision and apologizing for his past incident. In February 2018, Milo had been involved in a controversy regarding a messaging conversation he had with a fan.

He wrote, “Hello, this is Romeo’s Milo.

“While worrying about not knowing how I should greet you all up until now, I have come with a handwritten letter like this to greet everyone for the first time in a while.

“I want to bow my head in apology once again to all the fans who must have been very hurt by the reprehensible incident two months ago. I have been reflecting on my immature actions and the guilt I felt from disappointing everyone who has always supported me.

“Also, recently. I have made the difficult decision to enlist after I received my draft notice and the call of my country. I would like to apologize to the fans, who must be surprised, for announcing such sudden news like this.

“I was happy meeting my members and our fans while carrying out Romeo’s activities. Now, I plan to temporarily cast aside my title as ‘Romeo’s Milo’ and faithfully carry out my duty to my nation as Kim Min Hak [Milo’s real name].

“I ask that you kindly understand that I have come to this decision after much consideration.”

I will return as a changed and more matured Kim Min Hak. I want to thank you for always supporting me, and I will strive to stand in front of you again in good health. 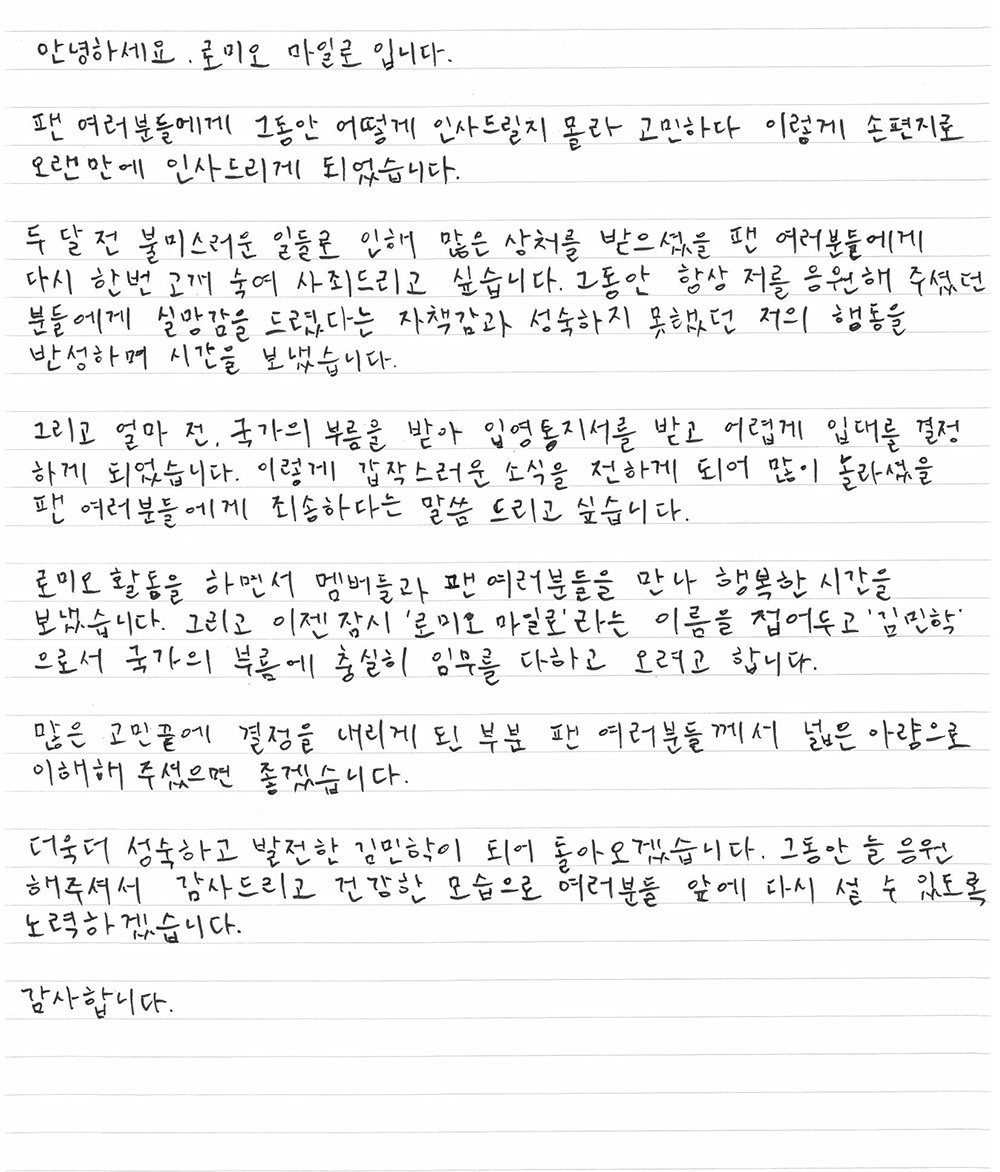