Much like friends and friend groups, K-Pop fandoms are known for sharing jokes, phrases, images, or other comical memes with each other. Each fandom has its own “meme language,” and some have grown so iconic that they have spread across fandoms. SEVENTEEN and Carats have some of the weirdest, most-identifiable, and downright most humorous running jokes of any fandom. There are far too many to count, so we’ve narrowed it down to six of our faves.

This long-running inside joke happened before SEVENTEEN debuted and was seen on their online TV show, SEVENTEEN TV. Members Joshua, Mingyu, Vernon, Dokyeom (DK), Seungkwan, and Hoshi began playing a counting game, where a person is eliminated each round after counting to a specific interval. With only Joshua, Seungkwan, and DK remaining, the counting increased until they’re almost past the “teens.” And while DK wasn’t wrong in his answer, he wasn’t all that right either.

For any Carat, there will always be something nostalgic about “Pretty U,” thanks to its cute dance with its clever use of props and the fact that it brought SEVENTEEN their first music show win. However, what might be the best thing the song has brought about is this edit done to the choreography of the chorus of “Pretty U,” which quite literally takes us out of this world. We all know that Dino is the beloved maknae of the group, but no one reminds him of that as much as Jeonghan. What started as a little jest has now become a long-standing joke amongst the members. It’s now a well-loved joke between the group and Carats as well, with some even asking for the question to be asked at fan signs. Yet even after nearly five years together both as a group and with us Carats, we still aren’t tired of hearing who’s baby Dino is.

As a promotion for Mnet’s Present Special, Hoshi and DK performed two short dance routines that were combined into a one-minute clip reminding viewers of the upcoming TV music event. Everyone who watches the video is bound to come away laughing from something different each time, but one thing almost all can agree on is just how catchy everything about this song is.

Carats were beyond excited when they saw that Joshua was making a cameo appearance on season 2 of the webtoon hit A-Teen. While he played a nameless character and was there for only one scene, he needed only one line to go down in Carat history. 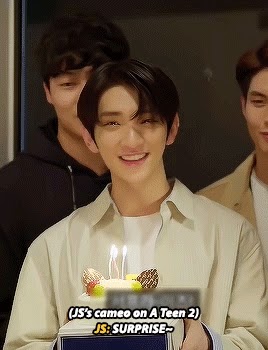 6. And last, but most certainly not least – Vernon’s iconic airport look, as a phone case

This one is by far one of the most bizarre yet one of the funniest ongoing jokes within the SEVENTEEN fandom, so much that fans of other artists recognize who’s on that phone case. We’re not sure what prompted this look (or any of his other infamous ones), but we can’t say we’re arguing it either. It’s a look that’s truly iconic, and one that only Vernon could pull off. 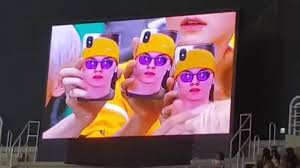 What are your thoughts, Carats? What are some of your faves that you would add to the list?