“Running Man” Hilariously Parodies “Along With The Gods” In Upcoming Episode

In both “Along with the Gods” films, three grim reapers guide a deceased soul through the underworld, where the soul undergoes seven trials to determine if they deserve punishment or reincarnation.

“Along with the Birthdays” will center around the three cast members who were born in August, Yoo Jae Suk, HaHa, and Song Ji Hyo. The three act as the deceased souls, while Lee Kwang Soo, Jun So Min, and Yang Se Chan play the role of the messengers who guide them through their trials, otherwise known as the grim reapers. Ji Suk Jin and Kim Jong Kook take on the parts of the judges who determine if they have committed crimes or sins.

Other guests will add even more hilarity to the themed race. No Sa Yeon will make a special appearance as Queen Yeomra, parodying Lee Jung Jae‘s King Yeomra, ruler of the underworld. Lee Sang Yeob‘s surprise appearance as a witness in “Betrayal Hell” is also expected to add even more fun to the episode.

In the released photos, the cast members as well as the special guests are dressed in costumes befitting their roles. Each and every one of them is seriously and hilariously immersed into their role, while HaHa, Song Ji Hyo, and Yoo Jae Suk are dressed in normal clothing, but appear quite shocked. 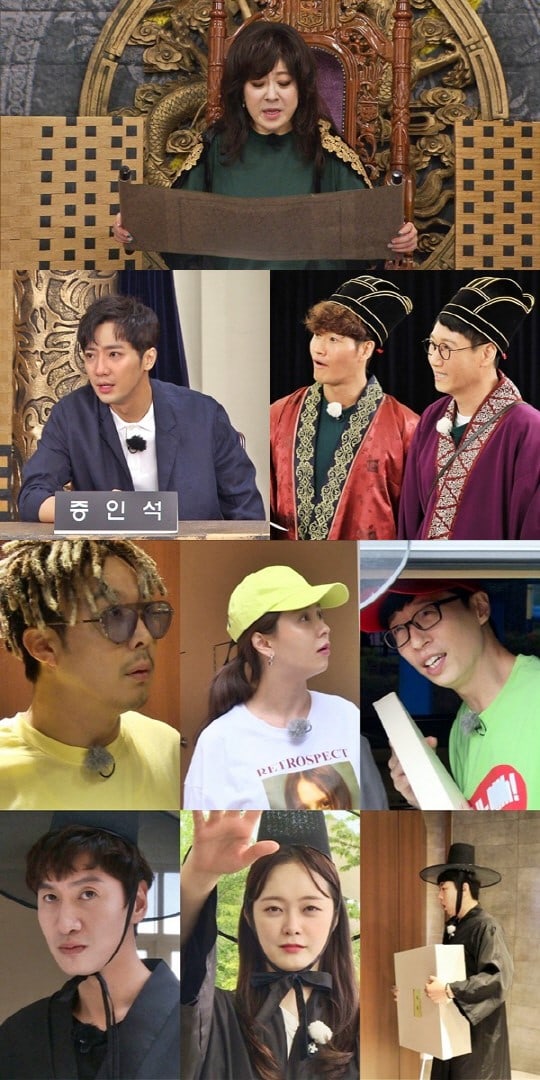