The Running Man cast members are like family to each other, and they constantly tease each other!  One person who constantly gets teased is Lee Kwang Soo, and he got teased a lot in a recent episode! 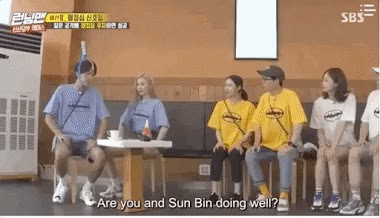 It was recently announced that Lee Kwang Soo would be leaving Running Man after 11 years due to health reasons. His fellow cast members decided to react to the news with humor! The members jokingly asked him about the news, and he couldn’t help but laugh.

Later at a restaurant, Kim Jong Kook teased Lee Kwang Soo and said he was growing a mustache to “try to look sad.”

The members also tried to jokingly be “nice” to Lee Kwang Soo by giving him their coins needed for the games, and Lee Kwang Soo hilariously “rejected” their actions.

Haha later entered the restaurant, and he too joined in on the teasing, as he asked Lee Kwang Soo, “What? Didn’t you leave our show?”

Haha tried to create a “touching moment,” but it didn’t end up happening.