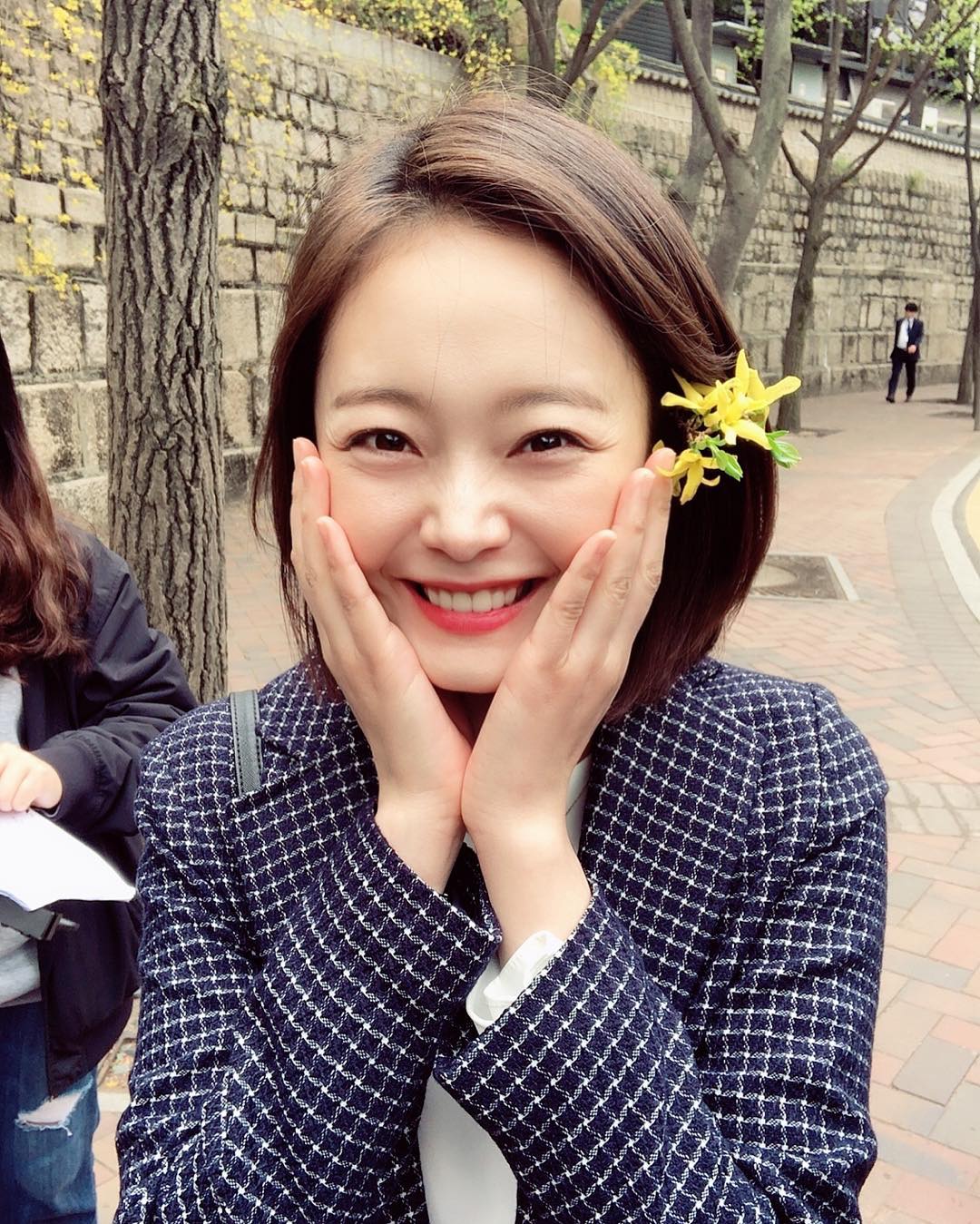 Wouldn’t love… be the mental sickness of feeling crazy and out of one’s mind?

That crazy feeling of ecstasy and the sadness that’s as intense as if you fell and broke your neck… The tears that just won’t come out… My feelings can’t be conveyed with words alone.

It feels suffocating, but it won’t come out… Isn’t that also a part of love…? 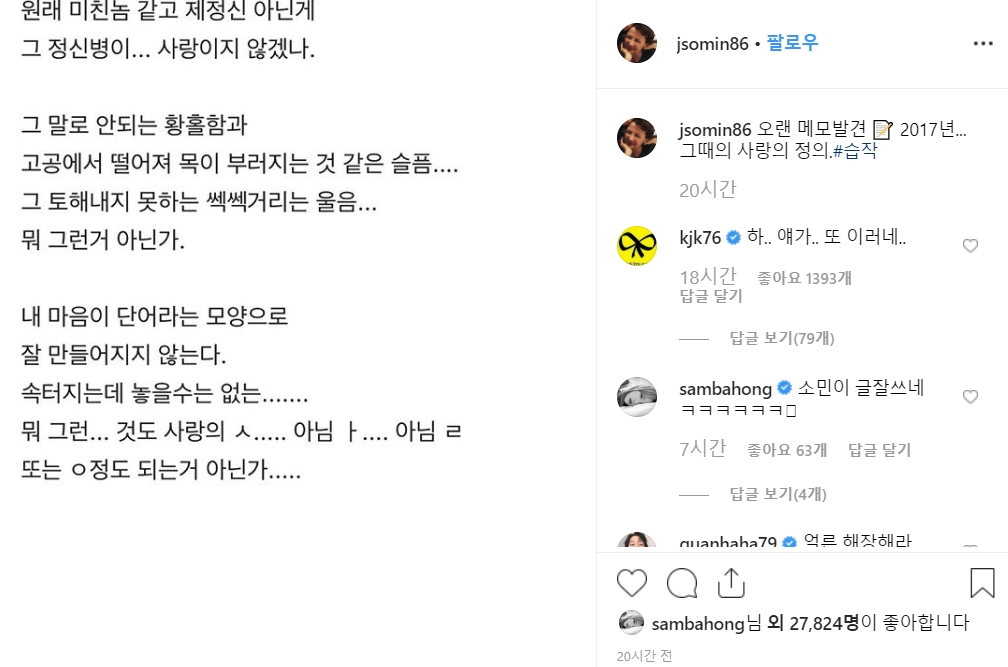 In response to the emotional post, Jeon So Min’s colleagues left both serious and hilarious comments. 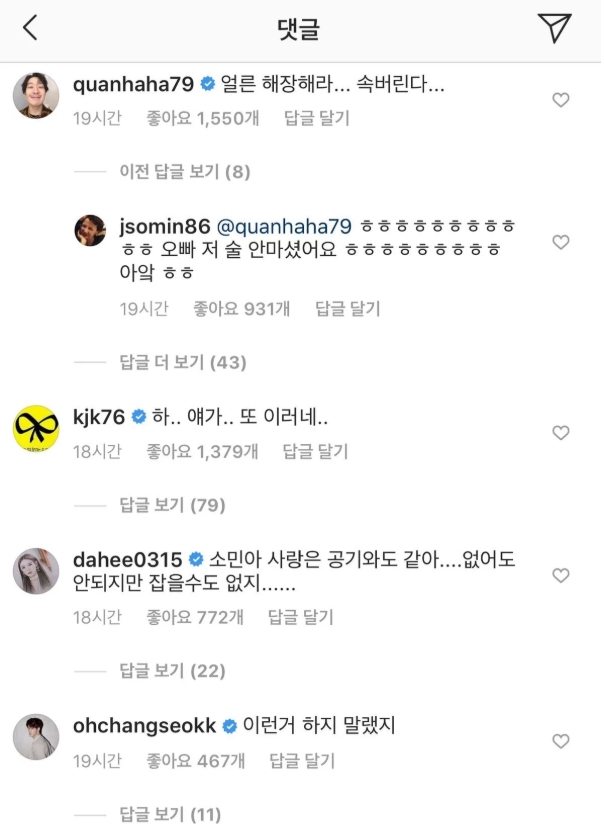 Go and get some hangover soup… before you get even worse…

Sigh… not this again… 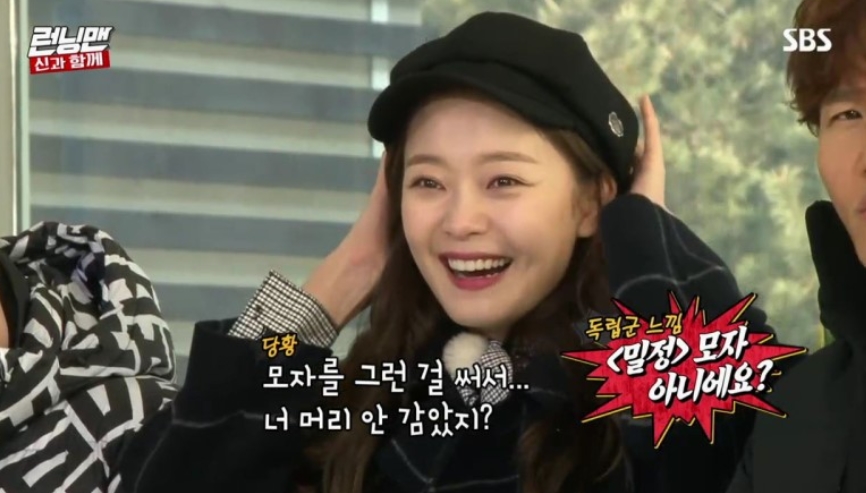 When Jeon So Min saw this, she remarked, “I’m not drunk, hahaha.” 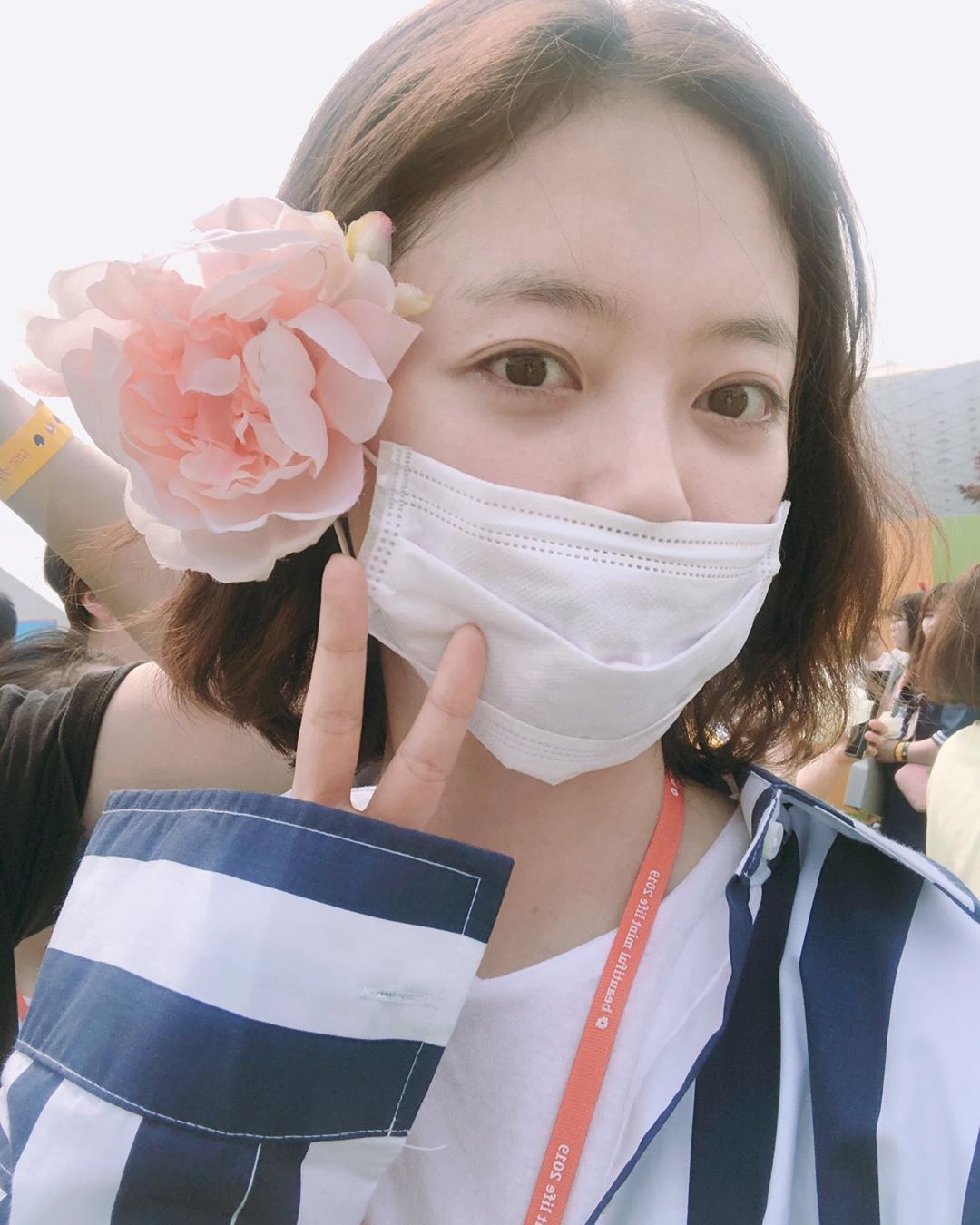 Besides their playful comments, Jeon So Min also received more serious ones such as Oh Chang Seok writing, “I told you not to do this kind of stuff“, Hong Jin Young saying, “You’re a good writer, hahaha“, and Lee Da Hee adding, “So Min, love is like air… You need it to live, but you can’t hold onto it either…“