Lee Kwang Soo continues to be teased by his fellow “Running Man” members when it comes to Song Joong Ki and “Descendants of the Sun.”

On the episode of SBS’s “Running Man” aired on April 3, the theme is “Majority Decision Race.”

During the introductory part of the show, Haha asks Lee Kwang Soo, “Why would you go to the ‘Descendants of the Sun’ dinner?” The staff and cast of the drama recently gathered for a dinner to celebrate a successful production of the drama. It seems Lee Kwang Soo also attended the dinner, invited by the production team. 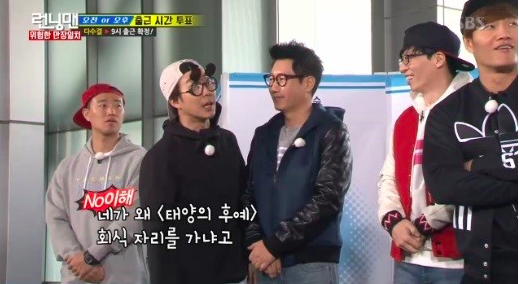 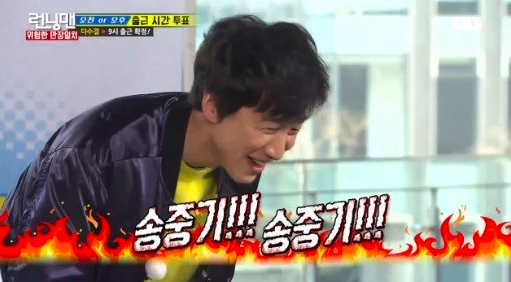