During the show, the cast had to identify who the “mother zombie” was. On a bus to their next location, Ji Suk Jin, Song Ji Hyo, Kim Jong Kook, AOA’s Seolhyun, Jun So Min, and WINNER’s Song Mino revealed their suspicions of one another.

Kim Jong Kook said, “In zombie movies and ‘Dracula,’ it’s always the beautiful woman who seduces men and infects them,” suspecting Seolhyun might be the “mother zombie.” However, he added, “If it’s her, then it’s better to be a zombie with her” and expressed happiness that they were part of the same team.

Ji Suk Jin said, “When I look at Seolhyun, I get the impression of a ‘vaccine.’ Someone who can heal you of anything.”

Listening to this, Song Ji Hyo commented, “I’ve felt this for a long time, but Seolhyun never says that something isn’t true” and Ji Suk Jin agreed, adding, “When someone says something good about her, she doesn’t deny it.” 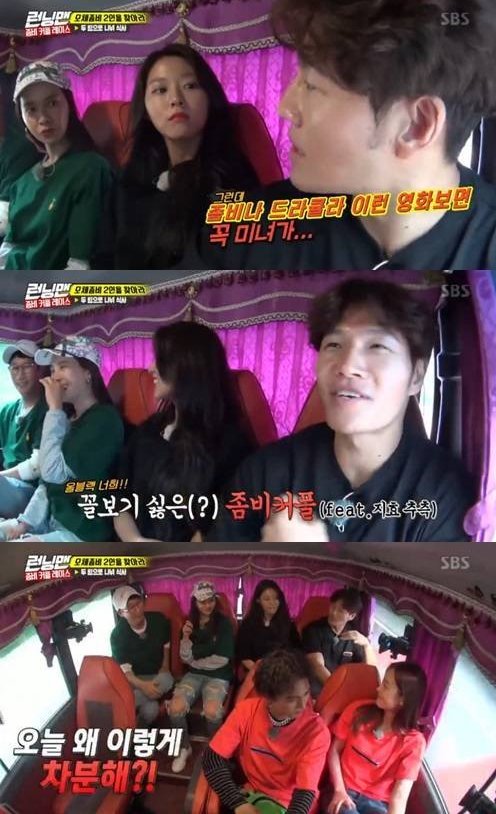 Watch the latest episode of “Running Man” on Viki below: