The cast of SBS’s “Running Man” were left speechless after seeing photoshopped images of themselves.

On November 18, Red Velvet members Irene and Joy, Kang Han Na, and Seol In Ah appeared on the show as guests.

Before the guests stepped onto the set and their identities were revealed, the cast saw four sets of photos where their faces were photoshopped with each of the guest’s faces. 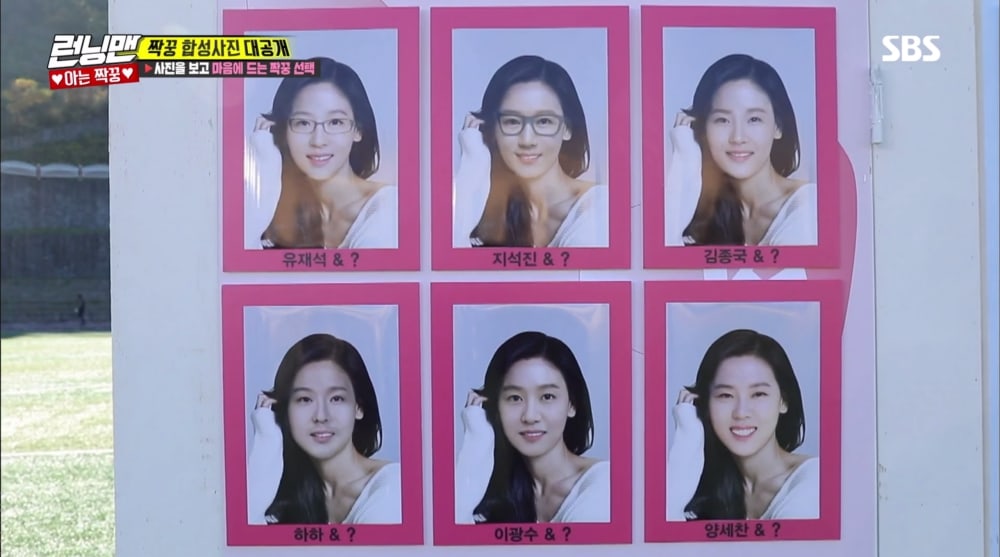 All four guests are beautiful, but the photoshopped images of their faces with each of the cast member’s faces made everyone laugh. The images of the guests with Yang Se Chan’s face were the most shocking.

Yang Se Chan commented, “I feel so sorry to the guests.” Covering her mouth, Song Ji Hyo said, “Your genetics are really powerful.” 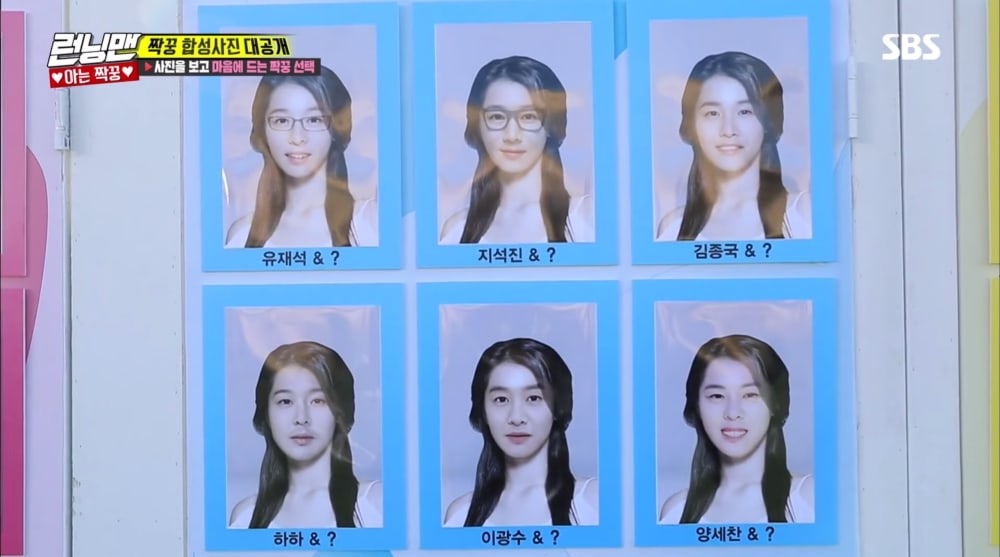 HaHa’s mustache and beard also appeared on the images where his face was photoshopped, and added an unexpected masculine feature to the guests’ faces.

Once the guests stepped onto the set, they were shocked by the photoshopped photos as well. Seeing the photoshopped image of her and Ji Suk Jin’s face, Irene said, “I really don’t like it.” 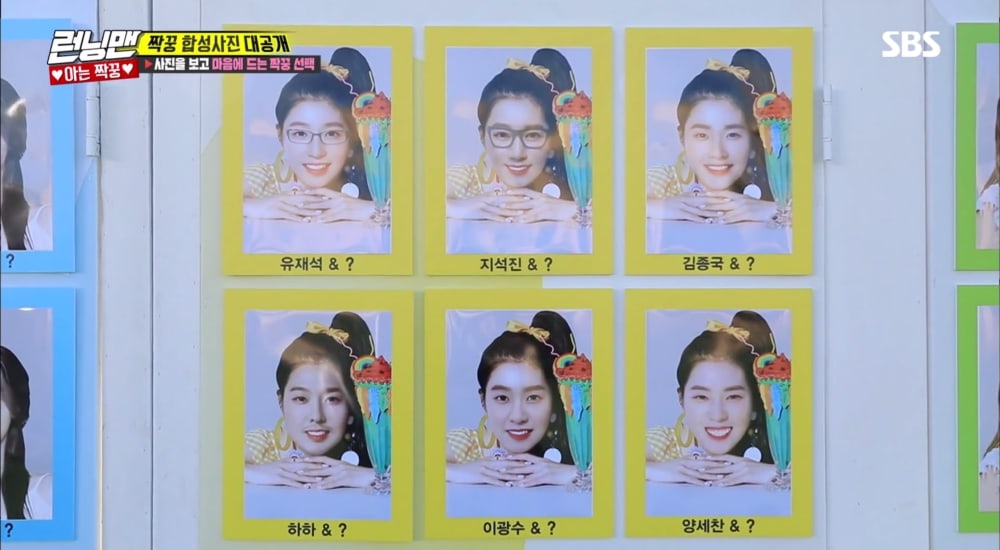 The faces of Kim Jong Kook and the guests turned out quite pretty and sought the envy of the other members. Similarly, composite photos with Yoo Jae Suk’s and Lee Kwang Soo’s faces were also praised for looking cute.

In the end, Seol In Ah, Song Ji Hyo, Jeon So Min, and Kang Han Na competed to become Kim Jong Kook’s partner, and Seol In Ah won at the end after showing her cuteness.

Check out an episode of “Running Man” below!