The cast of “Running Man” struggled with the mission of staying silent for 30 minutes on the latest episode of the show!

On the May 6 episode of SBS’s “Running Man,” the members carried out a mission in which they had to do nothing and stay quiet for 30 minutes. Whoever made an audible sound was taken outside for punishment.

As soon as the staff announced that the mission had started, the cast members started to bug Lee Kwang Soo in an attempt to make him laugh. Yang Se Chan then attacked Lee Kwang Soo by showing him a photo of South Korean basketball player Han Ki Bum, who bears a physical resemblance to Lee Kwang Soo.

The actor successfully stifled his laughter after seeing the photo, but later made some noise laughing when he saw that Yoo Jae Suk was calling his phone. When the staff blew the whistle to indicate that someone would be punished, Lee Kwang Soo looked at them in disbelief as he was taken out of the room to be flogged. 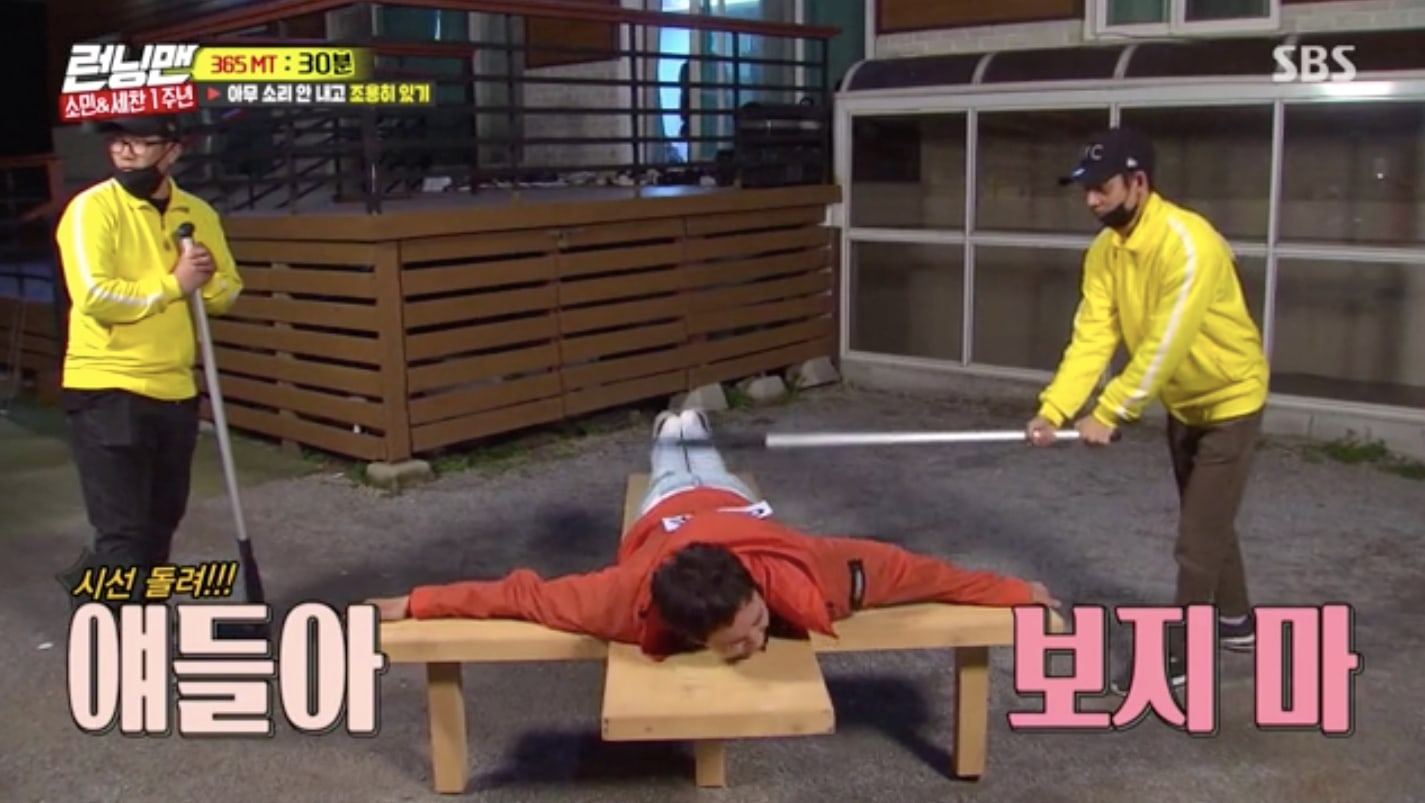 Inside, the cast began using their phones to look for other funny pictures. Song Ji Hyo showed Ji Suk Jin a past photo of himself, and Yoo Jae Suk followed up with a photo of someone who looked like Jo Se Ho.

Ji Suk Jin responded by laughing silently, and he almost succeeded in containing his laughter until HaHa showed him a hilarious selfie of himself. Ji Suk Jin cracked up and was taken outside. Lee Kwang Soo then returned, but didn’t manage to stay for long after being shown a photo of Kim Jong Kook from his early Turbo years.

Lee Kwang Soo laughed just as he was sitting down and was taken outside again within seconds. “How can I not laugh after seeing that?” he asked. Yoo Jae Suk showed Yang Se Chan the same photo, but Yang Se Chan counterattacked with a funny photo of his own. 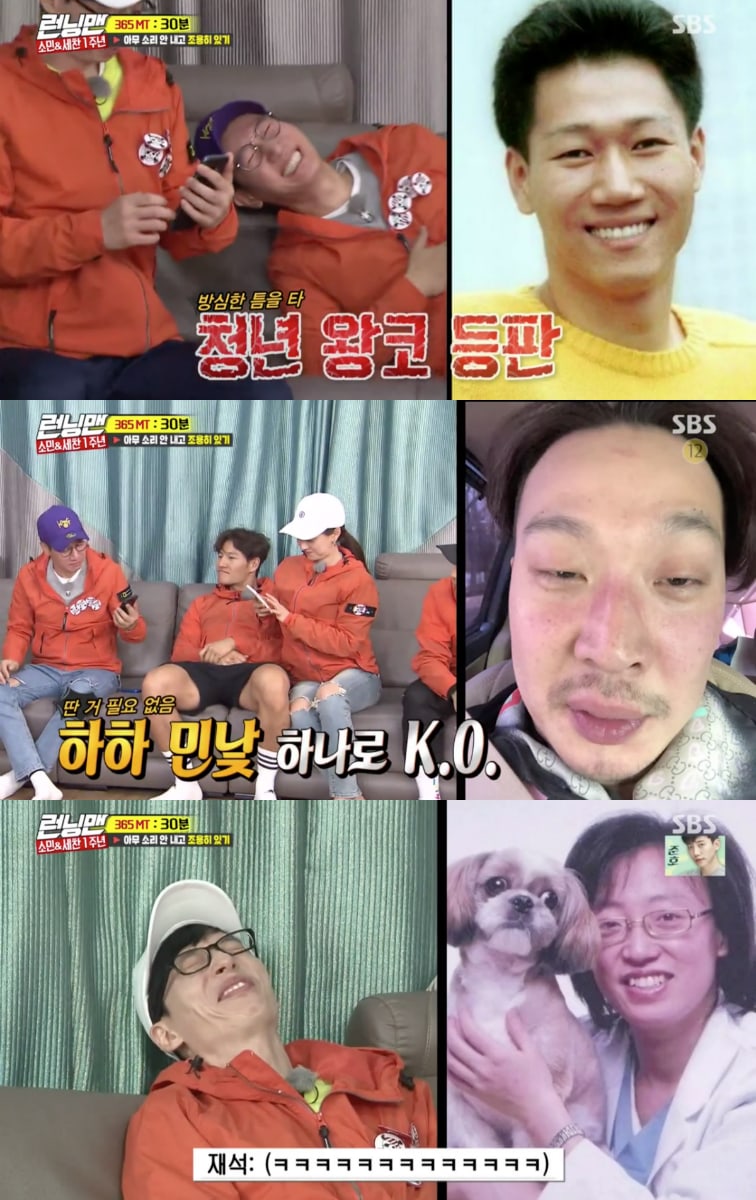 Yoo Jae Suk cracked up and went outside to be punished. The other members all came close to laughing after seeing more photos, but managed to not let out any sounds.

After Yoo Jae Suk returned, he took on a new strategy by poking Ji Suk Jin with a sharp pin, making him yelp. Yoo Jae Suk used the same tactic on Lee Kwang Soo, who reacted audibly as well.

Jun So Min, who had done a good job of stifling her laughter up until then, was sitting relaxedly on the couch when her stomach suddenly growled. The members immediately pointed at her, declaring that she needed to receive punishment.

The actress returned from her punishment wielding the flogging stick, while Lee Kwang Soo brought a vacuum cleaner to help him get revenge on the other members. The hilarity continued until the very last minute, with Ji Suk Jin letting out gas while walking across the room and Yang Se Chan spraying water on Lee Kwang Soo’s face.

“Running Man” airs on Sundays at 4:50 p.m. KST. Check out the latest episode below!