According to Nielsen Korea, the May 13 episode of “Running Man” achieved first place in its time slot for audiences in their 20s to 40s, widely considered the target audience for broadcasting companies. The first half of the episode achieved 2.7 percent while the second half achieved 5 percent.

The show achieved third place for overall ratings of Sunday variety programming. SBS’s “My Ugly Duckling” came in first place while SBS’s “Master in the House” achieved second place. “Running Man” brought in 4.9 percent and 7.9 percent for the first and second halves in terms of average viewership ratings, and had a peak viewership rating of 8.8 percent.

The episode showed the continuation of the “Family Project Finale,” the last part of the long-term project with their guests Lee Sang Yeob, Lee Da Hee, Kang Han Na, and Hong Jin Young. The members divided into three teams and were given different missions.

Yoo Jae Suk‘s team was sent to Hong Kong and had to complete the mission of standing in various lines until they were the 100th person in line. The team carried out the mission whenever they saw a line, but there weren’t as many crowded areas as they expected. Eventually they failed the mission and Jun So Min joked, “If it’s like this, then Yoo Jae Suk is definitely haunted by a Hong Kong grandma ghost.” 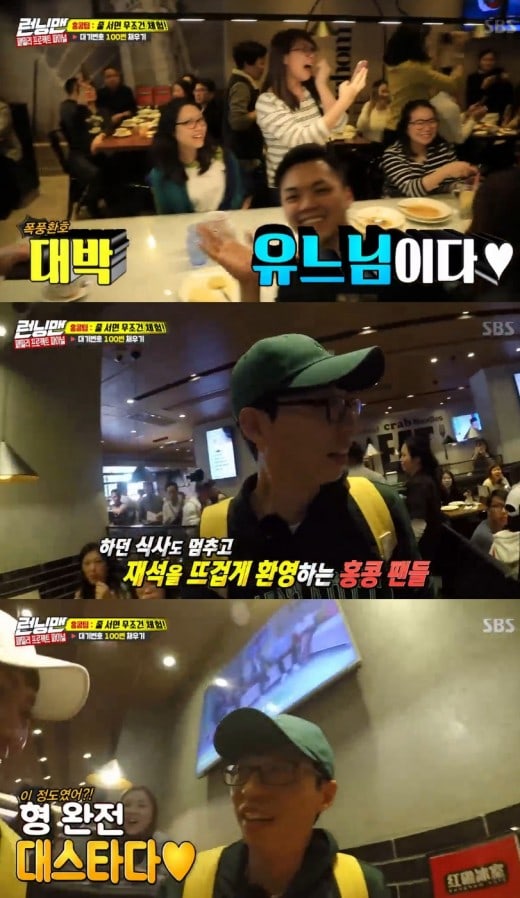 Ji Suk Jin‘s team went to South Gyeongsang Province, where they succeeded in taking on Asia’s longest zipline, while Kim Jong Kook‘s team attempted to find three brothers to play yut nori, a traditional Korean game, with. While carrying out their mission, Kim Jong Kook and Hong Jin Young brought up their love line. Hong Jin Young shared, “There was a comment that said, ‘I keep getting rejected by Kim Jong Kook, so I keep flirting with him,’” to which Kim Jong Kook commented, “I think you called me at night once, but I’m not sure if you had been drinking or not.” 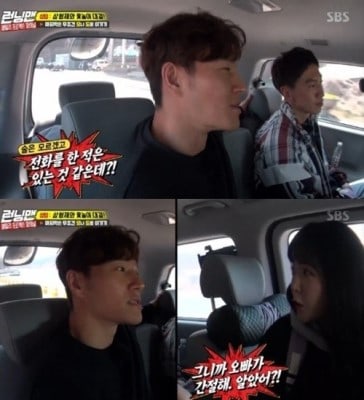