The most surprising but wholesome new friendship of 2021 is Stray Kids‘ Bang Chan and Deadpool actor Ryan Reynolds.

The friendship is continuing to develop quickly. Just last month, Bang Chan revealed himself to be a fan of Reynolds. On a recent episode of Mnet‘s Kingdom, Stray Kids performed an exciting remix of BLACKPINK‘s “DDU-DU DDU-DU” mixed with their song “God’s Menu” that included elements inspired by Deadpool. 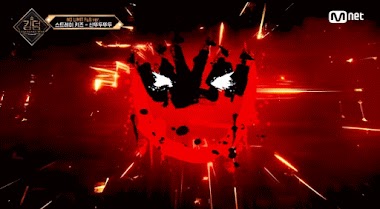 Since then, Reynolds and Bang Chan have exchanged autographed gifts. The two have both tweeted about their love for one another, but Reynolds is taking it to the next level.

After Bang Chan dressed as Deadpool in Chan’s Room, Deadpool’s Twitter account posted a screenshot, teasingly calling him out for not wearing officially licensed merchandise. Reynolds responded to his alter-ego by suggesting they hook him up with some legit merch.

Let’s get him a real mask.

Maximum Effort has been sharing lots of love with not just Stray Kids and the members but also STAYs. He has liked a couple of tweets, such as the one below.

but for real @VancityReynolds @MaximumEffort really deserve the best and the biggest thank you for being this sweet, you literally made our day, if we are happy I can't even imagine how happy Chan is ;;

Reynolds has officially entered stan Twitter, and he’s here to stay. He not only followed Stray Kids, but he has liked multiple fancams, including ones of Lee Know and Hyunjin. While Bang Chan is definitely his bias, he definitely loves all members too!