Samuel Explains How Music Is The Driving Force In His Life

Samuel showed off his charms and passion for music in a recent pictorial with CeCi magazine.

Reportedly, the young idol was playful and full of energy on set, but showed a more serious and focused side once he started shooting.

In the accompanying interview, Samuel shared, “16 is an age where you learn new things. It’s an age where there are a lot of things you don’t know, and a lot of things to learn.” Samuel started his trainee life at the beginning of his teens, experienced what it was like to debut for a little bit (as a part of 1PUNCH), and was finally able to stand on stage again as a solo artist. Samuel chose music as the driving force in his life, and the reason he was able to get through everything to where he is now.

The singer explained with a smile, “I love music and dancing so much. I’m always singing even in the bathroom or when I’m choosing my outfit at home. I have my earphones plugged into my iPhone [listening to music] up until I have to sleep. That’s why I’m so happy with the present, when I can stand on stage. I really like everything these days.” 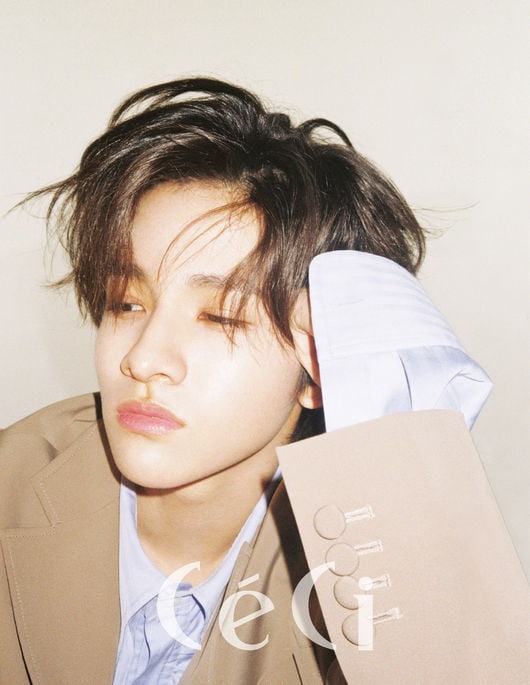 Samuel is currently active with promotions for his title track “Candy” off his first studio album “Eye Candy.” He has amassed an impressive 1 million followers on Instagram within just four months after his solo debut, proving his immense popularity. He is also starring in many variety programs, including “Leaving the Nest 2,” “Photo People,” and “Video Star.”

The rest of Samuel’s pictorial and interview can be found in CeCi’s January 2018 issue.