Samuel appeared as a guest on the December 19 broadcast of MBC Every1’s “Video Star” and talked about his time on Mnet’s “Produce 101 Season 2.”

The MCs asked him, “How did it feel to start as an ace on the A Level Team and then later get eliminated as No. 18 on the final episode?”

Samuel responded, “As soon as I saw my ranking, I thought my elimination happened for a reason. I didn’t cry on the spot, but I cried as soon as the live broadcast ended. Everyone cried.” 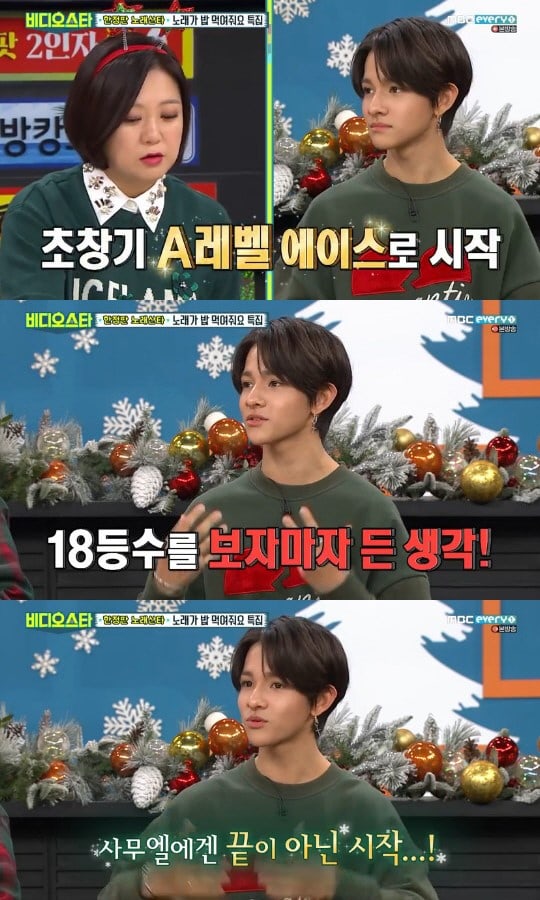 He added, “I did feel some regret, but it was okay because that wasn’t the end. There were more things for me in the future.”

Meanwhile, Samuel is currently promoting the title track “Candy” from his first studio album and recently celebrated reaching one million followers on Instagram. He is also nominated for the upcoming 32nd Golden Disc Awards as well as the 27th Seoul Music Awards.