In a recent interview, Sandara Park opened up about 2NE1’s disbandment and began with the remark, “There were a lot of changes last year.”

Because she had spent so much time with the other members, the sorrow that came with their separation was hard to describe in words. She confessed, “I cried so much and for a while, I was depressed and felt really down by myself.”

The singer also expressed her love for 2NE1 as she talked about group’s 2013 release, “Missing You.” She stated, “I cried a lot when that song came out. They say that a singer follows the mood of their music, right? I think I always ended up crying because I cared so much. I started having all these thoughts running through my head from our third year together. I don’t know why I was so worried from so early on.” 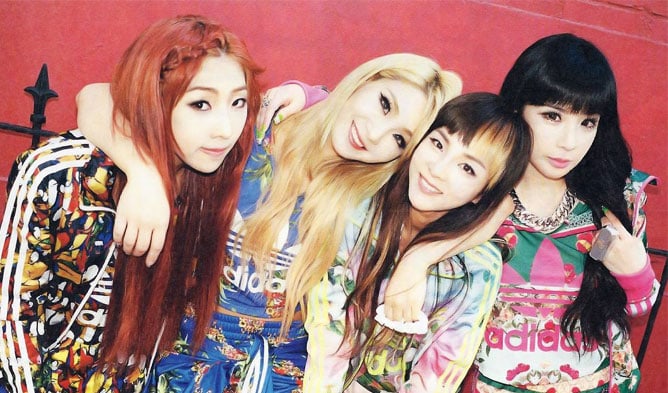 She also added, “I know that a group can’t be together forever, but when the time came to part ways, it felt so sad, like breaking up with a significant other. It wasn’t like we were never going to see each other again, but I still felt really sad.”

However, Sandara Park was able to calm her emotions thanks to the strong friendship between the members. She said, “I now realize that nothing has changed. The only thing that’s changed, if I had to pick something, would be that we’re not performing together for a bit. The sadness has mostly gone away, and I’m back to being happy. CL, Park Bom, and Minzy know how I feel without me having to tell them. Knowing that makes me feel warm and emotional inside.”

It’s so great to hear that the girls of 2NE1 are as close as ever. Maybe we’ll get to see them together again in future?