SBS is holding their annual Entertainment Awards show in person with no audience, and have adopted several protective measures to prevent any possible spread of the Coronavirus, but their methods have netizens both surprised and laughing, and concerned with their oversight.

To begin with, all of the celebrities in attendance were provided customized protective face masks… with their face on the front so fans can still easily identify their favorite television personalities even with a mask on. 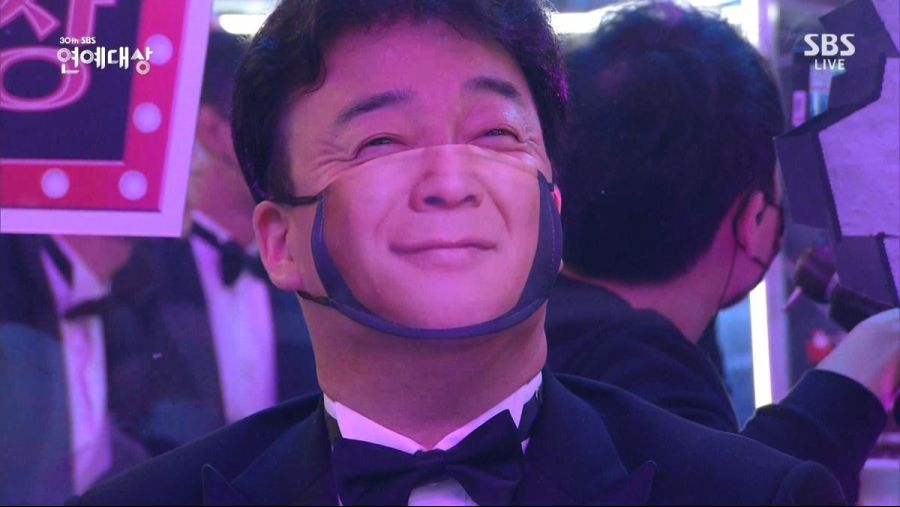 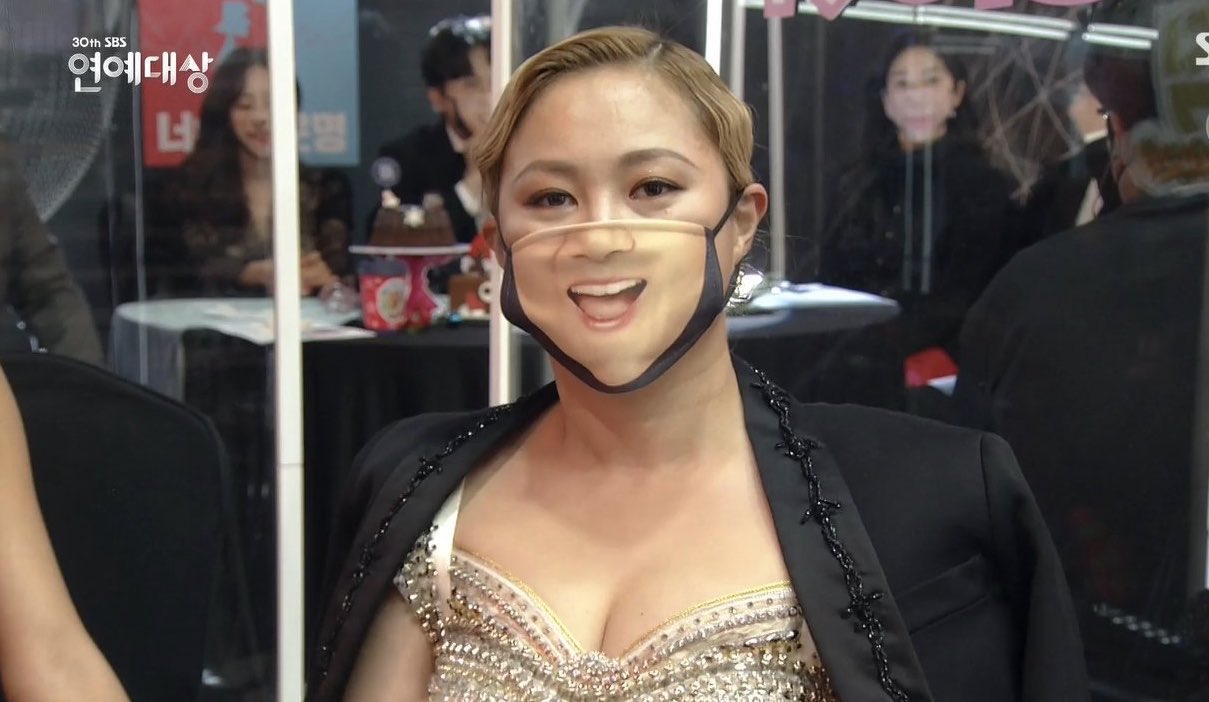 And of course, the star of the galaxy, Super Junior‘s Heechul. 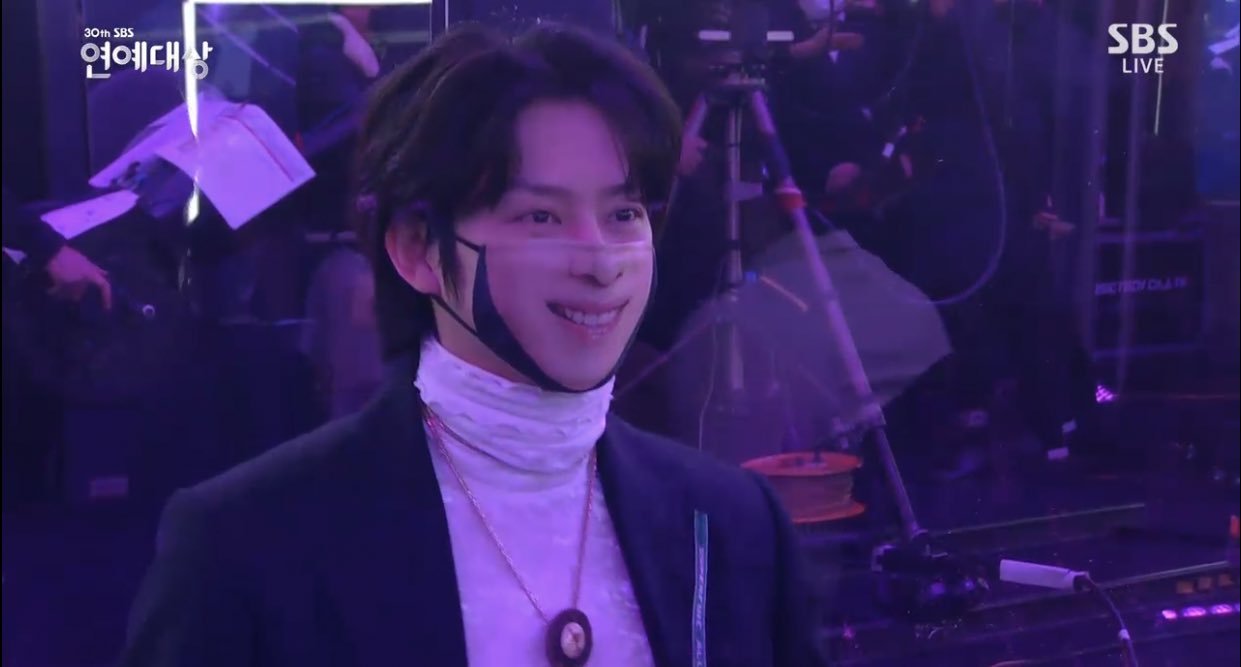 But of course, because it is a mask… it’s not always going to fit properly, which leads to some quite elongated faces and funny face shapes, such as Kim Dong Hyun from All the Butlers on the left… 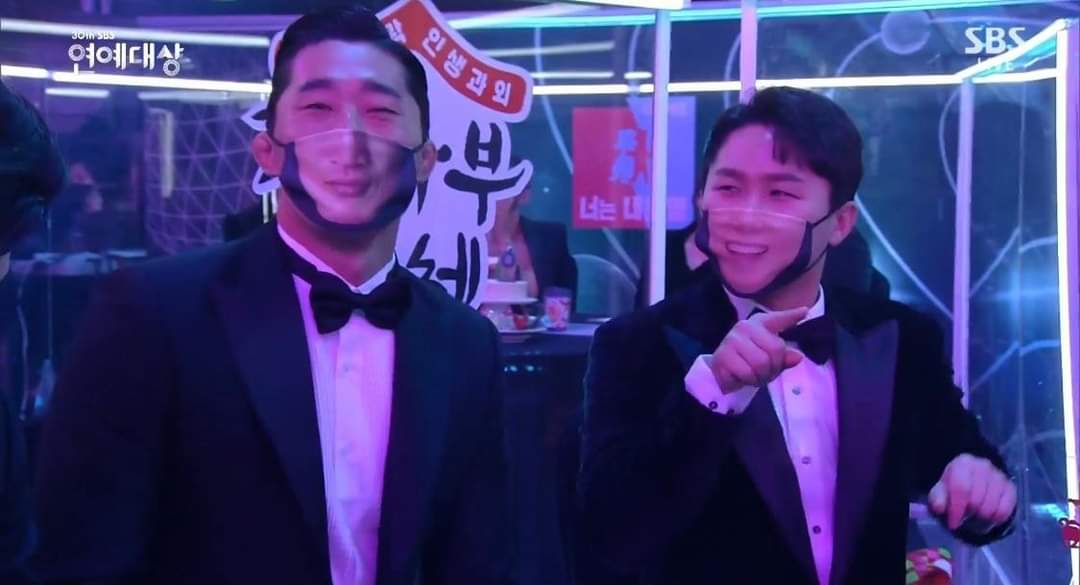 And Seo Jang Hoon‘s drastically slimmed down face, also on the left. 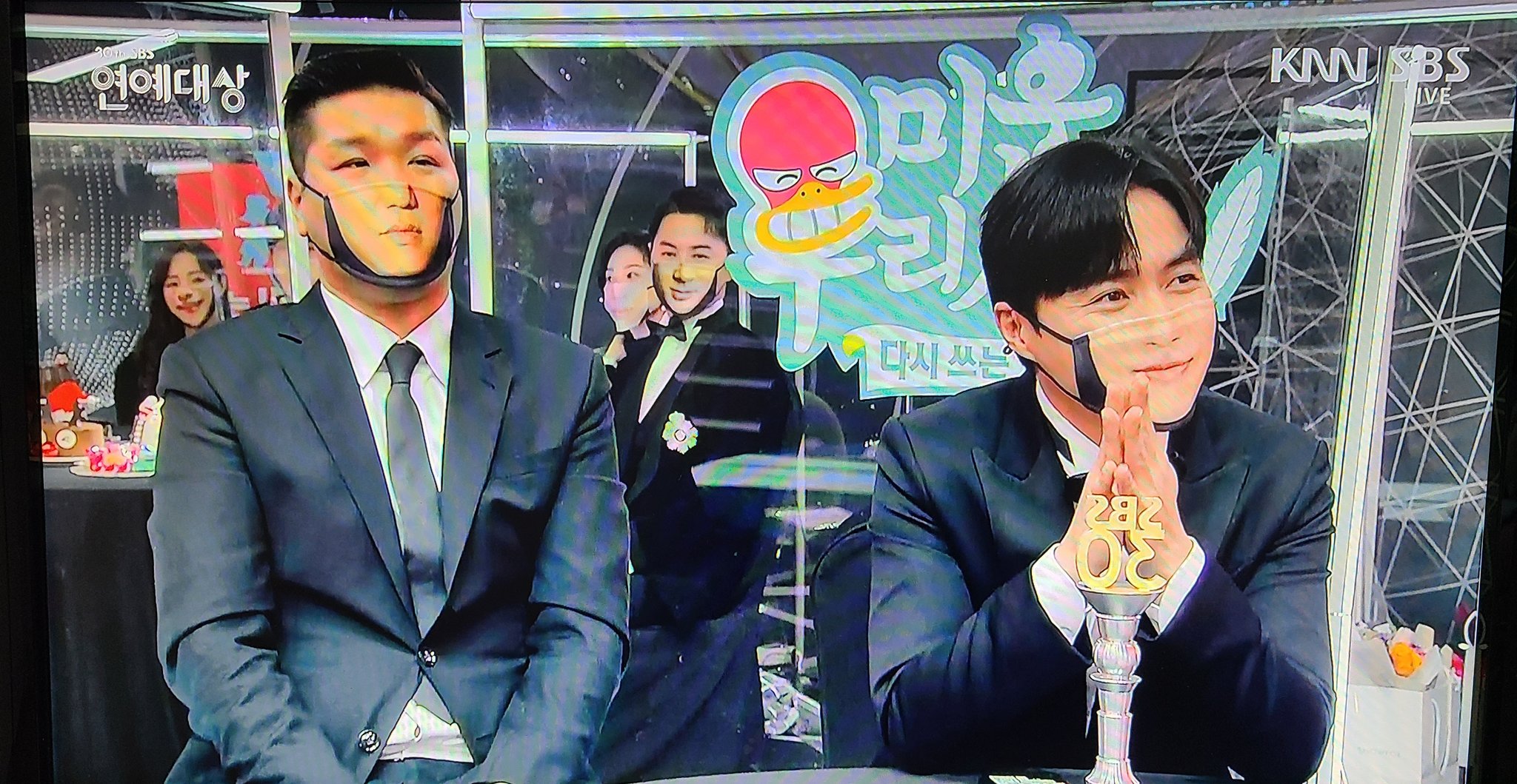 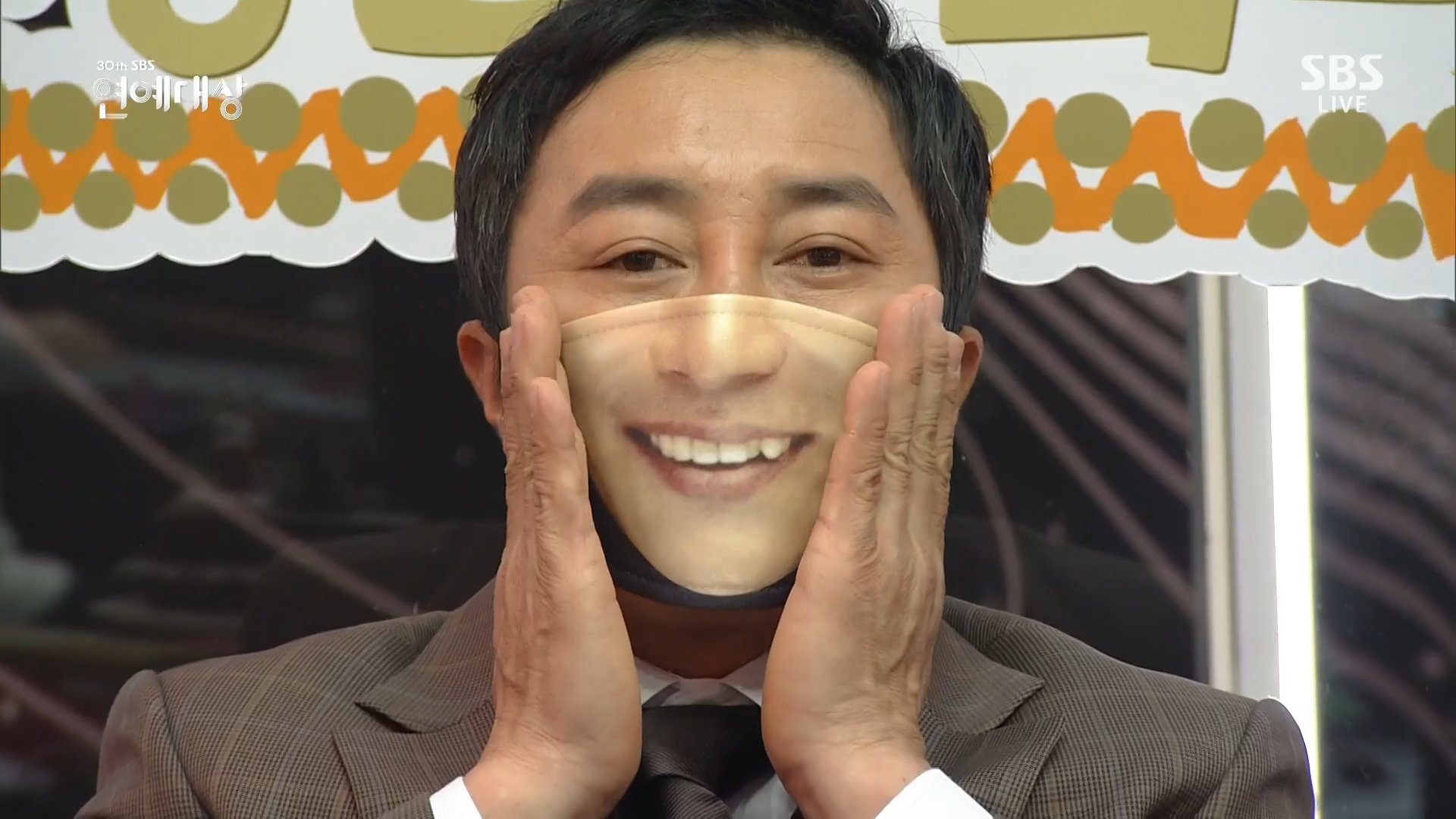 Celebrities are separated by the show they are on, and in between each table and show, plexiglass dividers were set up, sectioning off each table from each other. 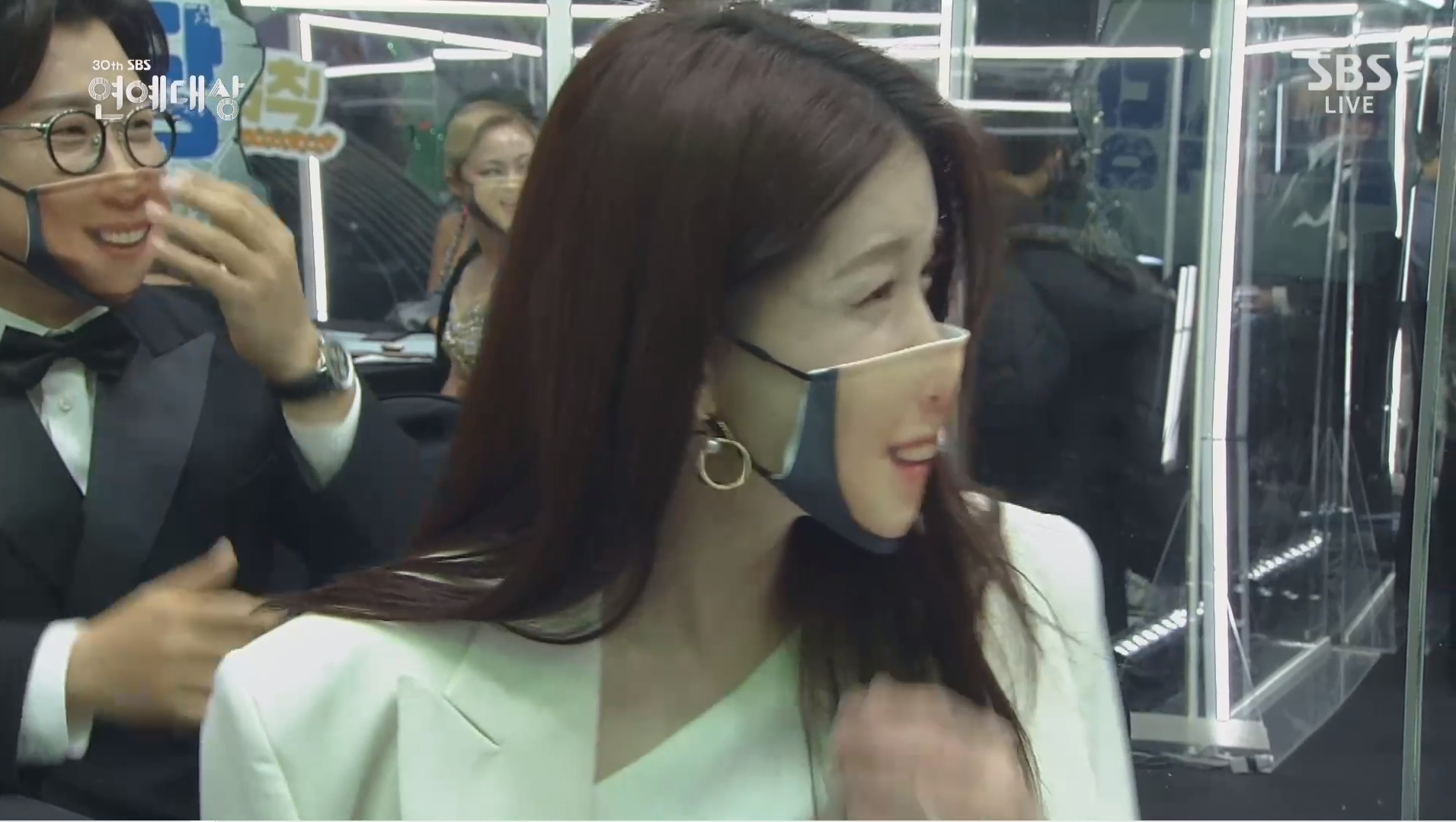 In addition, SBS is receiving props for their creativity in attempting to enforce a 2 meter social distance in between people when they are on stage, bringing in their own, hand-made contraption to deliver the trophies to the winners to minimize hand to hand contact. 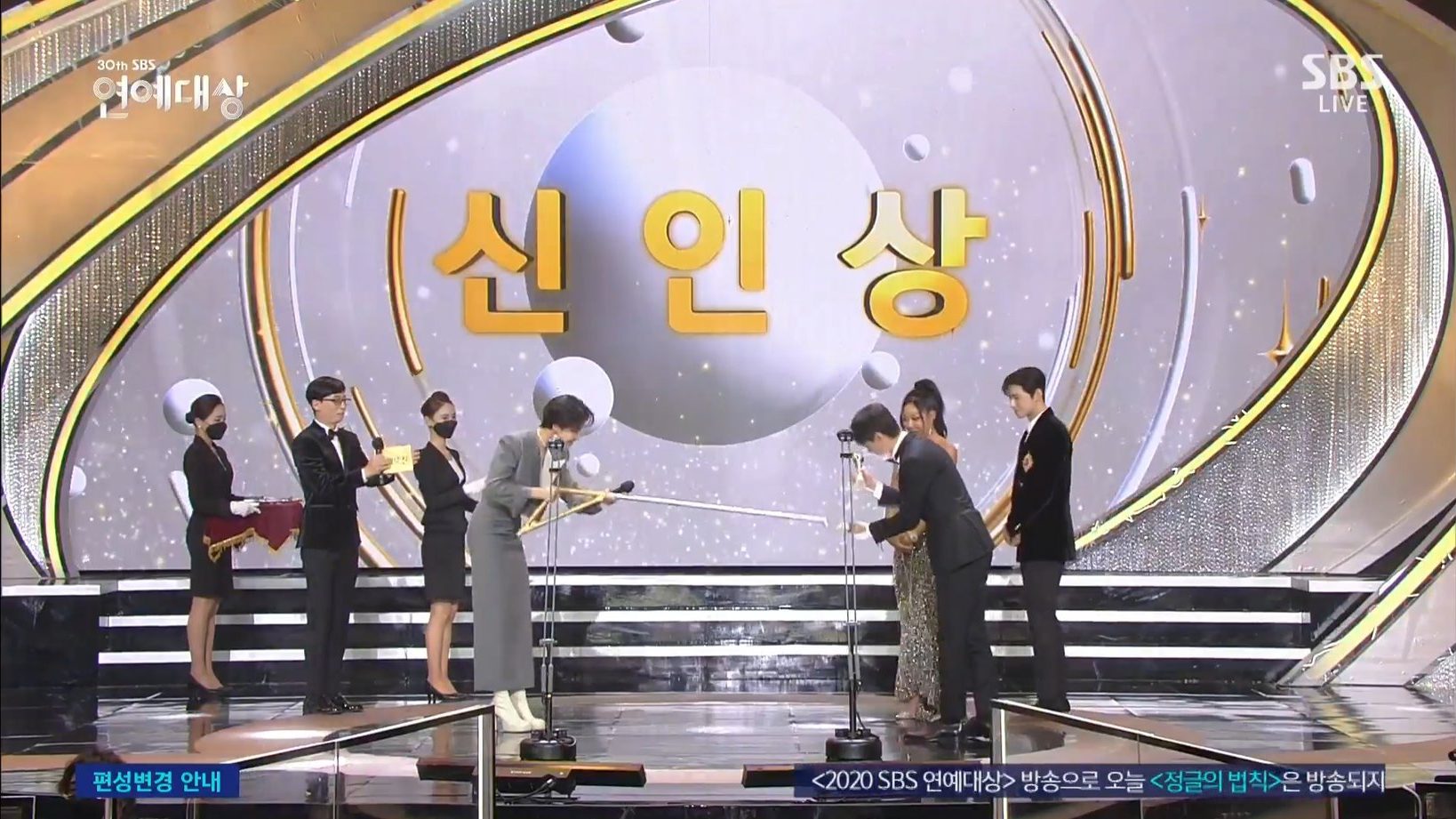 There is also a staff on hand to disinfect the contraption and the trophy prior to it being transferred to the recipient. You can see a spray bottle of disinfectant in her right hand. 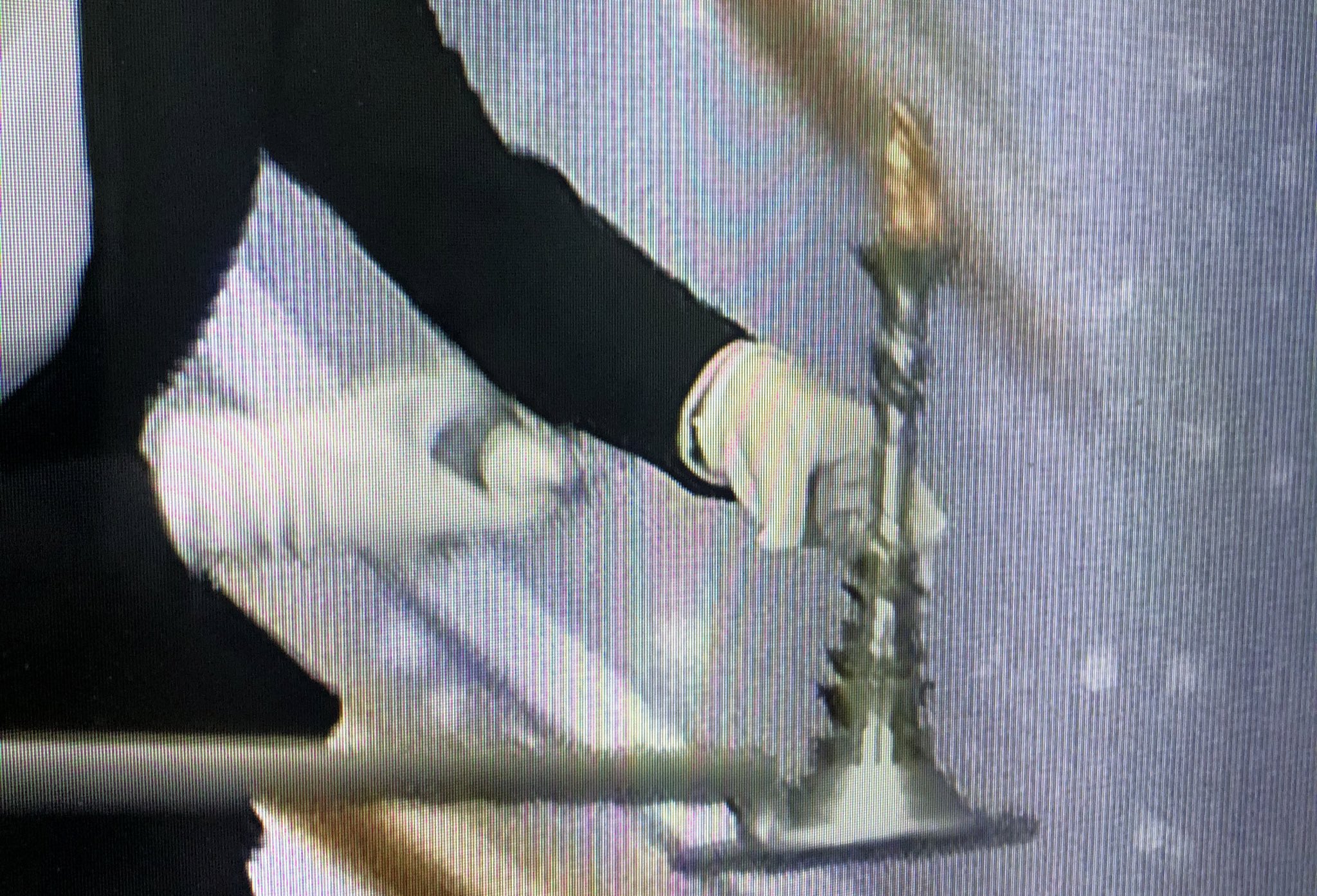 However, SBS is also receiving some negative attention for their lack of detail. While receiving their awards, the celebrities were not instructed to keep their masks on until it is their turn to speak, with some celebrities taking their masks off while standing near their fellow cast members.

Also, when there are multiple awards given out at one time, the microphones are not sprayed down with disinfectant or wiped down in between speakers, seemingly making the artists’ efforts useless. 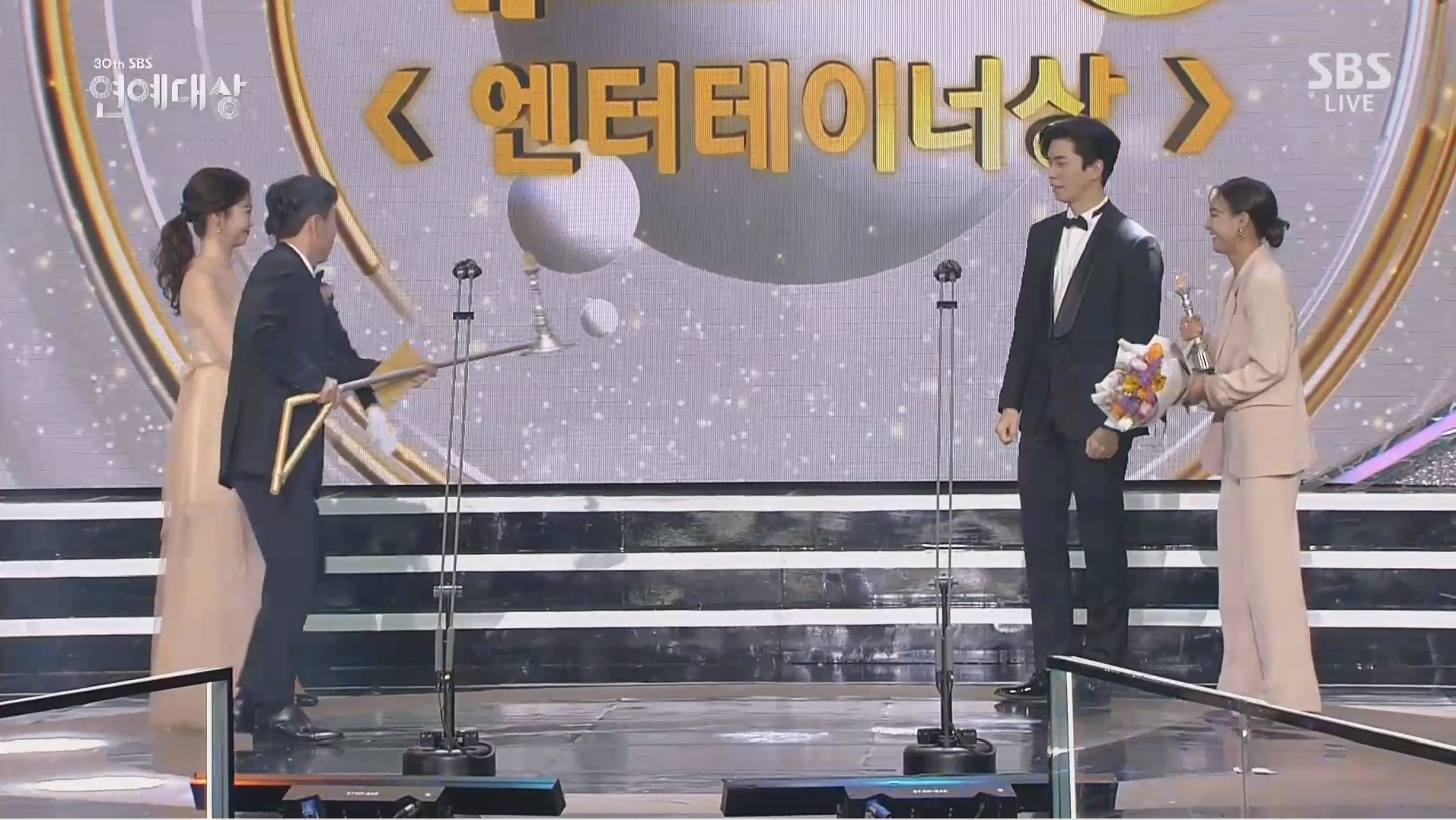 Nearly fainted [from laughter] after seeing how they are giving out the trophies.

But some are also criticizing SBS for their lack of enforcement on certain rules of social distancing.

But if SBS is going through all of these measures, with the funny masks and the distancing between the presenters and the winners, why are they even taking off their masks when giving their speech?

They aren’t even properly wearing masks,

They aren’t following the basics..

Can a broadcast station do this?

Don’t be saying this then.