“Four Sons” will be a fantasy romance thriller that follows a man who tries to uncover the truth behind his mother’s death and finds that’s he’s bitten off more than he can chew when he comes face to face with people who look just like him. The story will be led by Park Hae Jin and Nana, and they will be joined by NU’EST’s Ren, Kwak Si Yang, Lee Ki Woo, Kim Chang Wan, Park Geun Hyung, and more.

Nana will Yeo Rin, a detective with a charismatic and bright personality who is hiding her own personal demons. She finds herself wrapped up in a mysterious case after meeting Kang Il Hoon (played by Park Hae Jin). 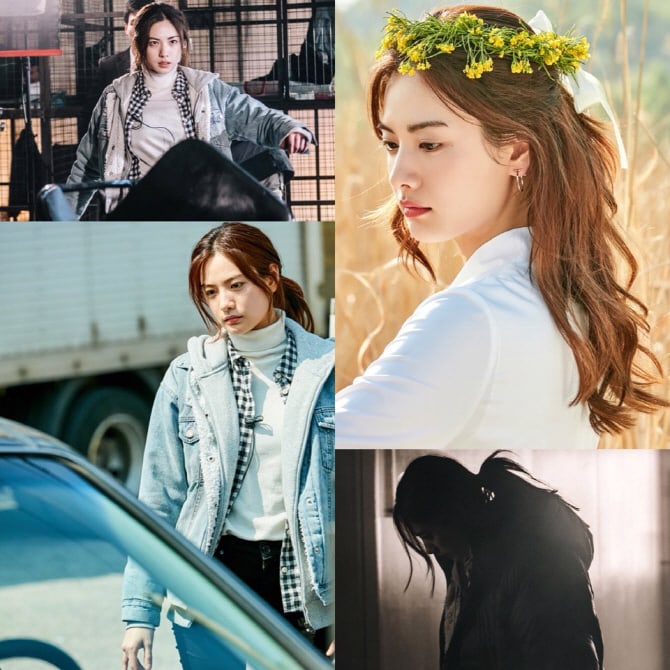 The new stills reflect Nana’s efforts to showcase Yeo Rin’s multifaceted character. From looking like a female warrior who isn’t afraid to get physical to get her job done to reflecting an air of sorrow through her silhouette, each still shows the charisma and hidden sorrows that lay within her.

The production staff of “Four Sons” stated, “Nana is perfecting all of her scenes with a beauty and elegance that only she possesses, even if the scene requires a lot of physical movement.  She’s able to pull off action scenes with ease, so much that producing director (PD) Jang Tae Yoo has nothing but praise for her and her capabilities.”

“Four Sons” is currently being filmed and is set to begin airing in the second half of 2018.