“Sad Song” is described as a track that is rhythmically fast contrary to what the title might suggest. Furthermore, it was produced by Epik High’s Tablo and Future Bounce. 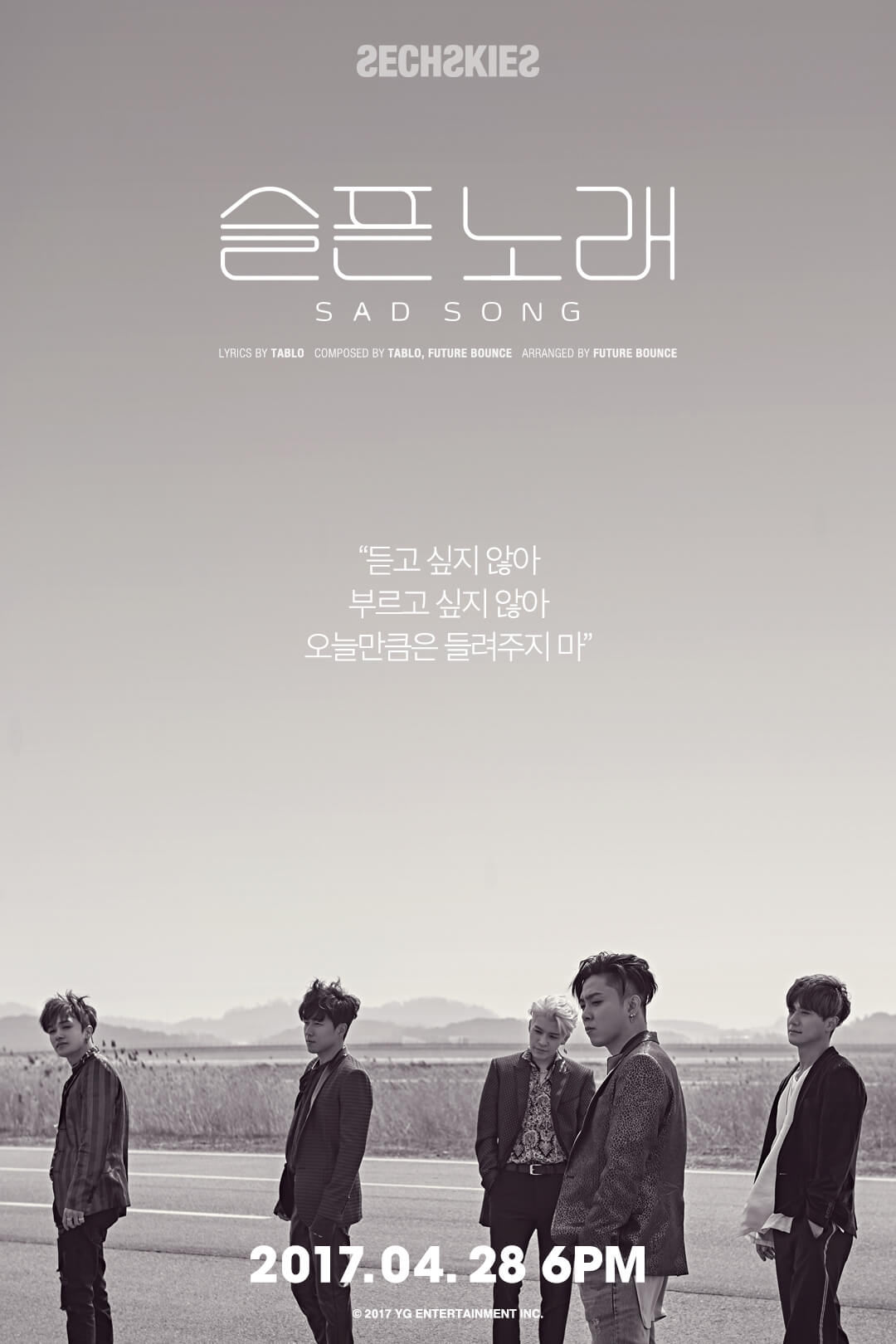 SECHSKIES also revealed that the group will be holding a special live broadcast on April 27 for their 20th debut anniversary. The members plan on celebrating the milestone and introduce their related projects to fans through the live broadcast. Previously, it was revealed that the group will hold a “Yellow Universe” exhibition to celebrate their anniversary.