On the April 10 broadcast of MBC’s “Real Men 2,” the cast held their final ceremony as they completed their training. 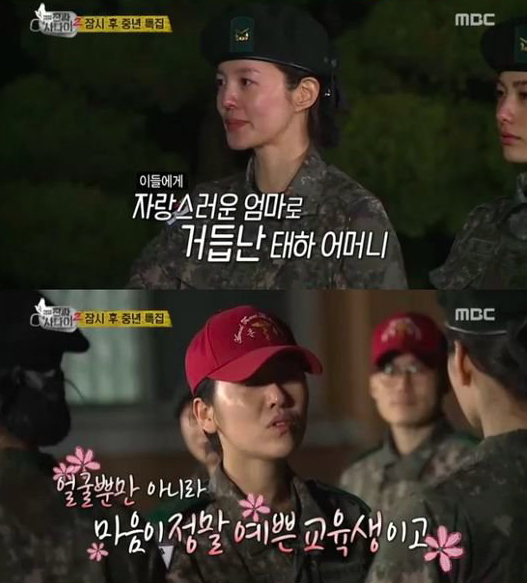 The women were in training to become medical non-commissioned officers. After attending special training at the Armed Forces Medical School, they held a final ceremony where Hyosung was awarded “Best Trainee.”

The trainees also cried as they said their goodbyes to their squadron leader. The leader, often strict at times during their training, said a few warm words in praise of each of them. 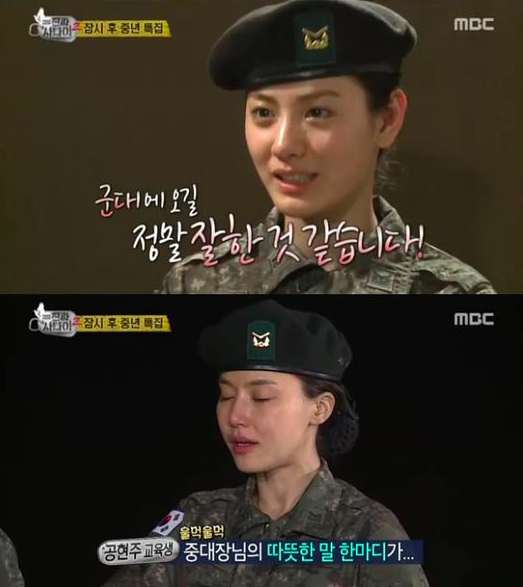