On March 3, KBS 2TV‘s “The Return of Superman” aired its “I Prepared This for You” special, where Lee Hwi Jae calls in a special favor for his sons, Seo Eon and Seo Jun. 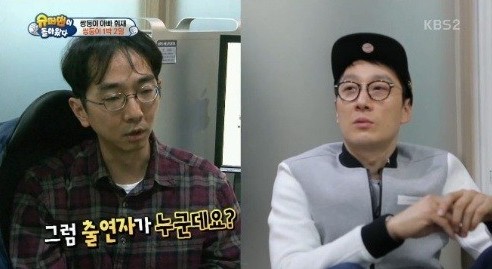 When director Yoo Ho Jin asks who the guests would be, Lee Hwi Jae carefully replies, “It would be two kids. Could you possibly film the opening for us?”

Taken aback at his answer, Yoo Ho Jin comments, “I don’t understand why you want to take such a hard route.” Lee Hwi Jae explains that he wants to do it this way, so that the twins will cherish this memory.

However, before the filming even begins, the twins begin to cause trouble, running around. Yoo Ho Jin asks, “Can you hold on for 10 seconds?” The twins continue to run around, even with their dad begging them to calm down.

When they finally calm down enough to take one take, Seo Eon and Seo Jun escape before “2 Days & 1 Night’s” official line, “the nation’s first outdoor variety,” can even be said. Lee Hwi Jae and Yoo Ho Jin end up running after them in order to capture them, using up every bit of their energy. 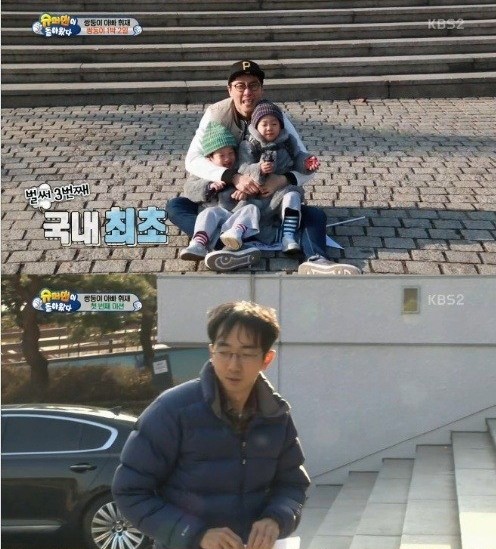 When Yoo Ho Jin finally manages to capture Seo Jun, Seo Eon escapes, and vice versa, making it almost impossible to capture both of them at once.

He eventually manages to convince them to come back, and says, “Let’s just do it once. They only have to say ‘2 Days & 1 Night.’”

Lee Hwi Jae, laughing at the twins’ energy, asks if they’ve ever used up so much energy to film an opening, to which the director bluntly says, “This is the hardest one yet.” 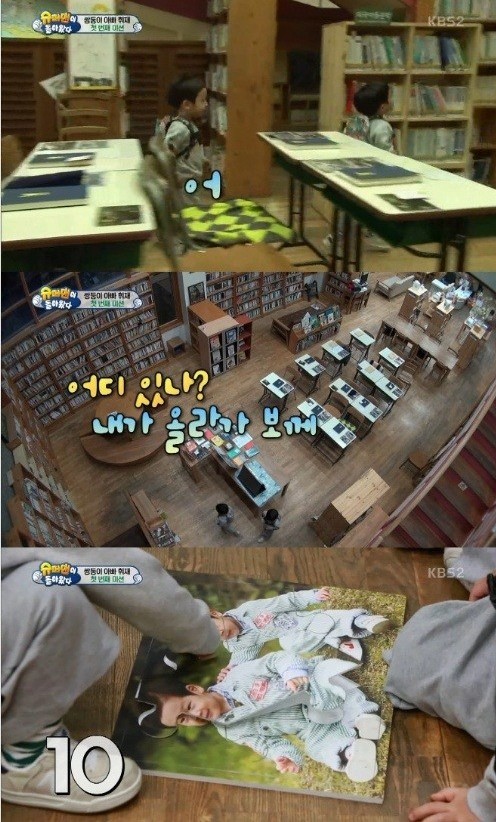 Following the opening, the twins set off on a mission with their dad, and go to a library where they must find hidden puzzle pieces.

Watch all of Seo Eon and Seo Jun’s fun antics in the latest episode of “The Return of Superman” below!