The family had been with the show since its pilot run in 2013. The April 8 broadcast showed the last episode featuring Seo Eon and Seo Jun and their parents.

Lee Hwi Jae and the twins visited the photo studio where Seo Eon and Seo Jun took photos for their first birthday. Wearing the same exact clothes and posing the same way, the dad-son trio replicated their photos from previous years.

Their mom Moon Jung Eun also joined them and the family reminisced about the past five years while looking through a photo album.

Seo Eon and Seo Jun then surprised their dad with handwritten letters expressing their love for him and asking him to continue to play with them. Lee Hwi Jae was moved by their efforts and emotionally embraced his family. 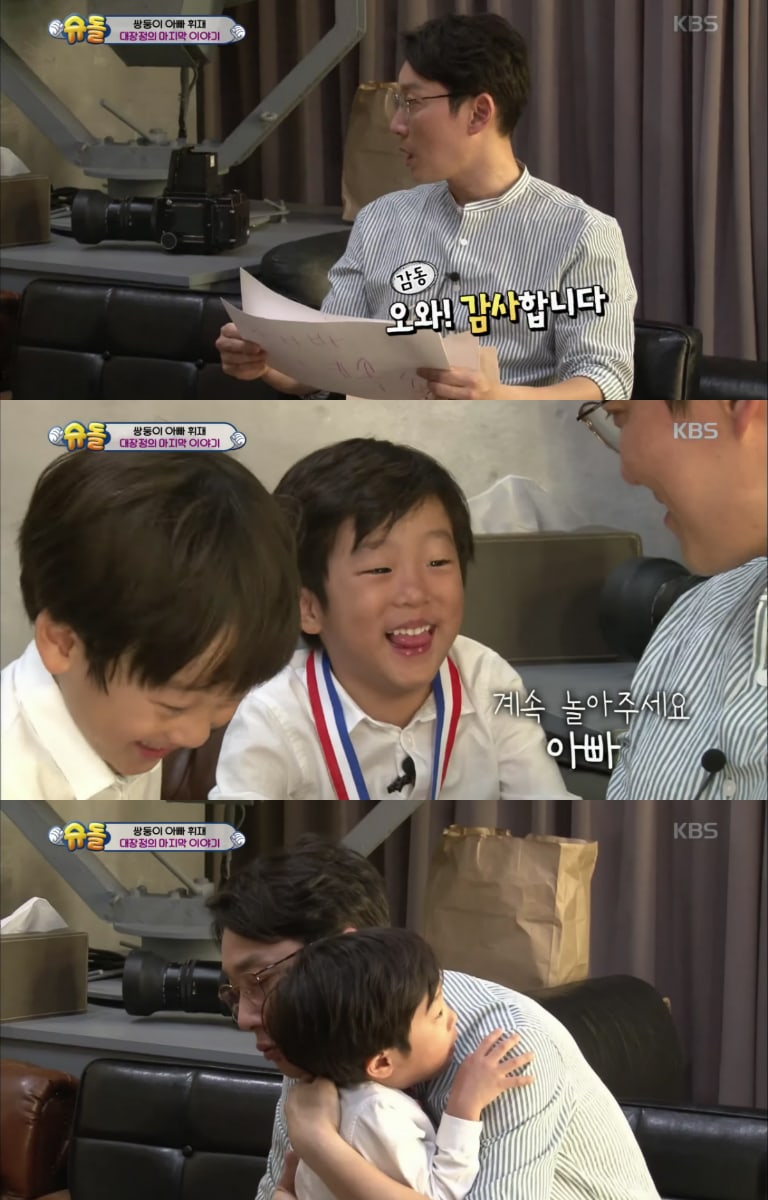 The Lee family said, “I love you” to the viewers and made hearts with their arms in their final interview as they concluded their five-year run on the show.

Actor Bong Tae Kyu and his son have been confirmed as the newest additions to the show.

Watch the latest episode of “The Return of Superman” now!