Seo Kang Joon Shares Emotional Embrace With Kim Sung Ryung In “Are You Human, Too?”

KBS 2TV’s upcoming drama “Are You Human, Too?” has unveiled a sneak peek at the complex relationship between Seo Kang Joon and Kim Sung Ryung.

On May 22, the drama released new stills showing Seo Kang Joon and Kim Sung Ryung sharing an emotional moment together on their own. The producers commented, “Although they may appear to be an ordinary mother and son, the two are hiding a tragic secret.”

In the drama, Seo Kang Joon plays both Nam Shin, the wealthy heir to a conglomerate, and Nam Shin III, the advanced AI robot created in his image. Kim Sung Ryung plays the role of Nam Shin’s mother Oh Ro Ra, who works in AI research and development. After creating Nam Shin III in her son’s image, she develops a close bond with the robot, who is so close to being human that he can feel emotions.

When Nam Shin falls into danger, Oh Ro Ra ends up hatching a plot to have Nam Shin III secretly take her son’s place, and Oh Ro Ra goes from being Nam Shin III’s only friend to being his mother as well. 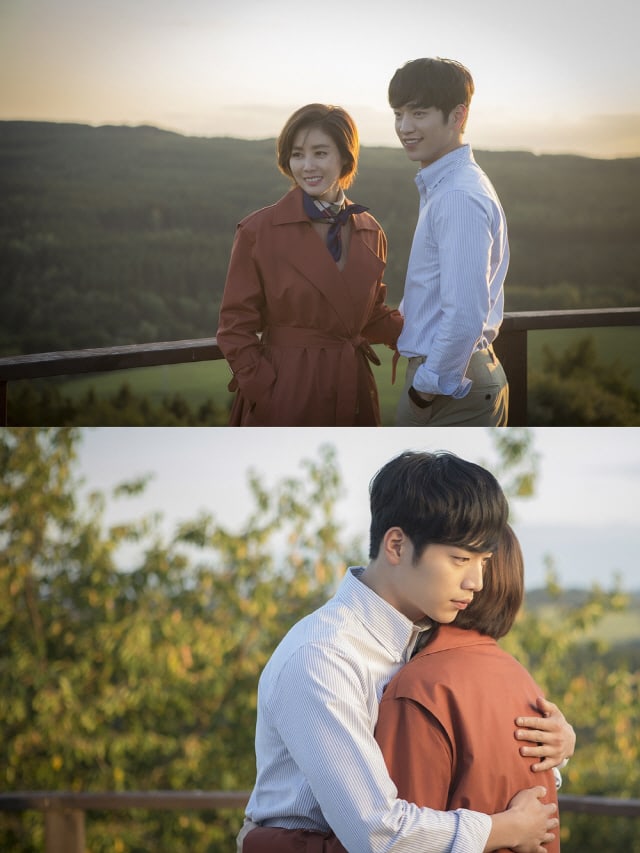 The producers of the drama remarked, “Will Nam Shin III be able to perfectly impersonate Nam Shin, as his mother Oh Ro Ra so desperately hopes? We ask that you give the first episode [of the drama] a lot of interest.”

“Are You Human, Too?” is currently scheduled to premiere on June 4. In the meantime, check out a teaser for the drama here!