On April 6, actress Seo Ye Ji held a V Live broadcast to communicate with her fans and celebrate her birthday.

She had originally planned an in-person fan meeting but was unable to follow through because of her filming schedule that lasted until dawn. 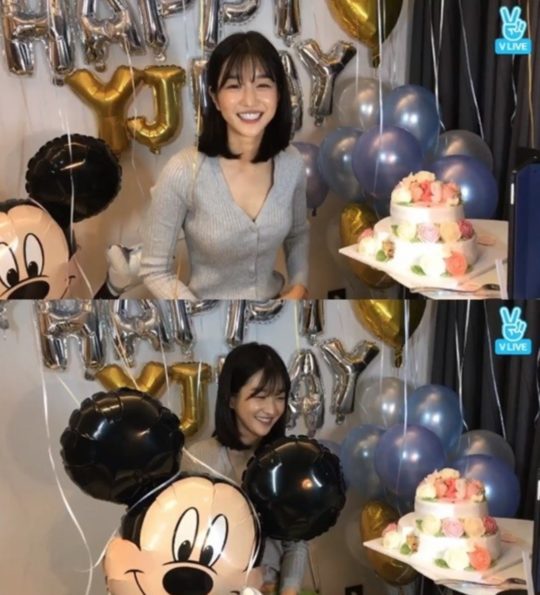 During the broadcast, she updated fans on her status, answered fan questions, and talked about her new hairstyle and upcoming drama. “I was concerned whether it would look good or not, but I’m glad that people are saying it suits me,” she said of her new short hair.

When asked what she did for her birthday, she said, “I went home and cried yesterday. I’d come home to an empty house, but when I opened the fridge, I realized my mother had made seaweed soup.” Seaweed soup is traditionally eaten on birthdays in South Korea.

Seo Ye Ji is currently filming a legal drama with Lee Joon Gi. About her co-star she had nothing but praise, saying, “I like [working with him] a lot. He’s really good at action scenes. He respects and takes care of the people around him.”