A recorded announcement by Red Velvet‘s Joy and Seulgi is currently being broadcasted on lines 1 to 8 of the Seoul subway, but some of the riders have filed a civil complaint expressing their dissatisfaction. 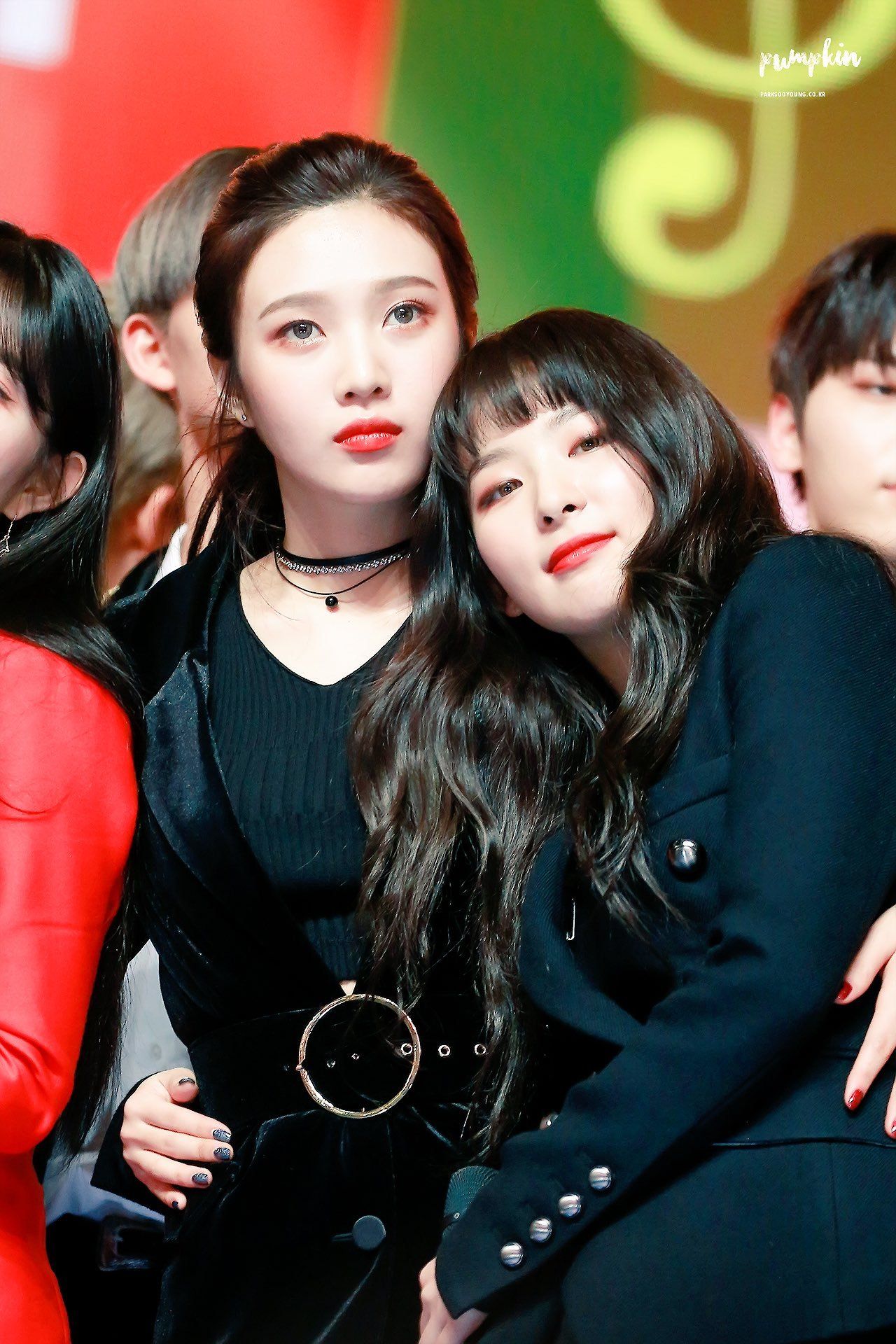 One citizen who filed the complaint demanded that they take down the announcement due to gender inequality. 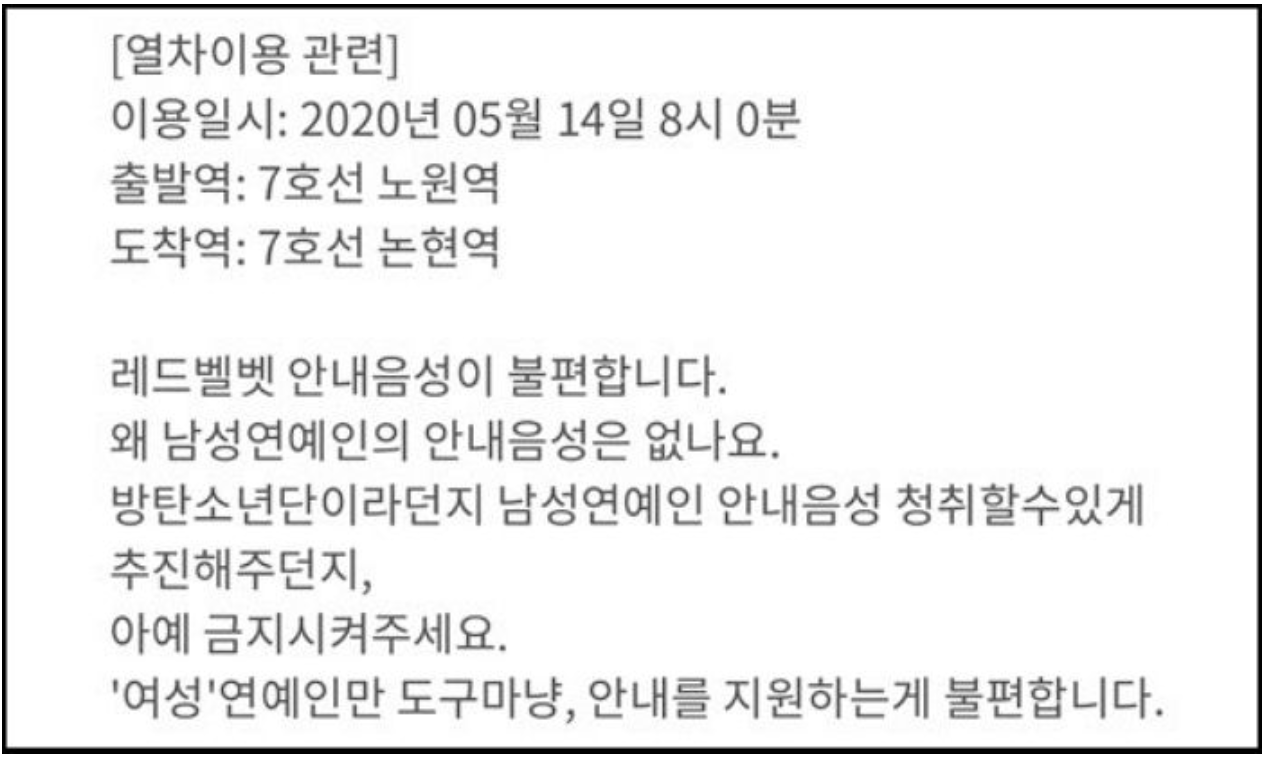 Other citizens simply expressed that the voices are “unpleasant” to listen to.

Please get rid of Red Velvet’s announcement. They started to broadcast them, but I don’t want to hear their voices, and it makes me lose faith in the subway. I like it much better when flight attendants tell me to have a good day. Why are idols doing morning announcements now…? I don’t like the sound of their voices, so I feel displeased every morning. I normally don’t write these things, but I’m doing it this time because I have to use the subway every day. 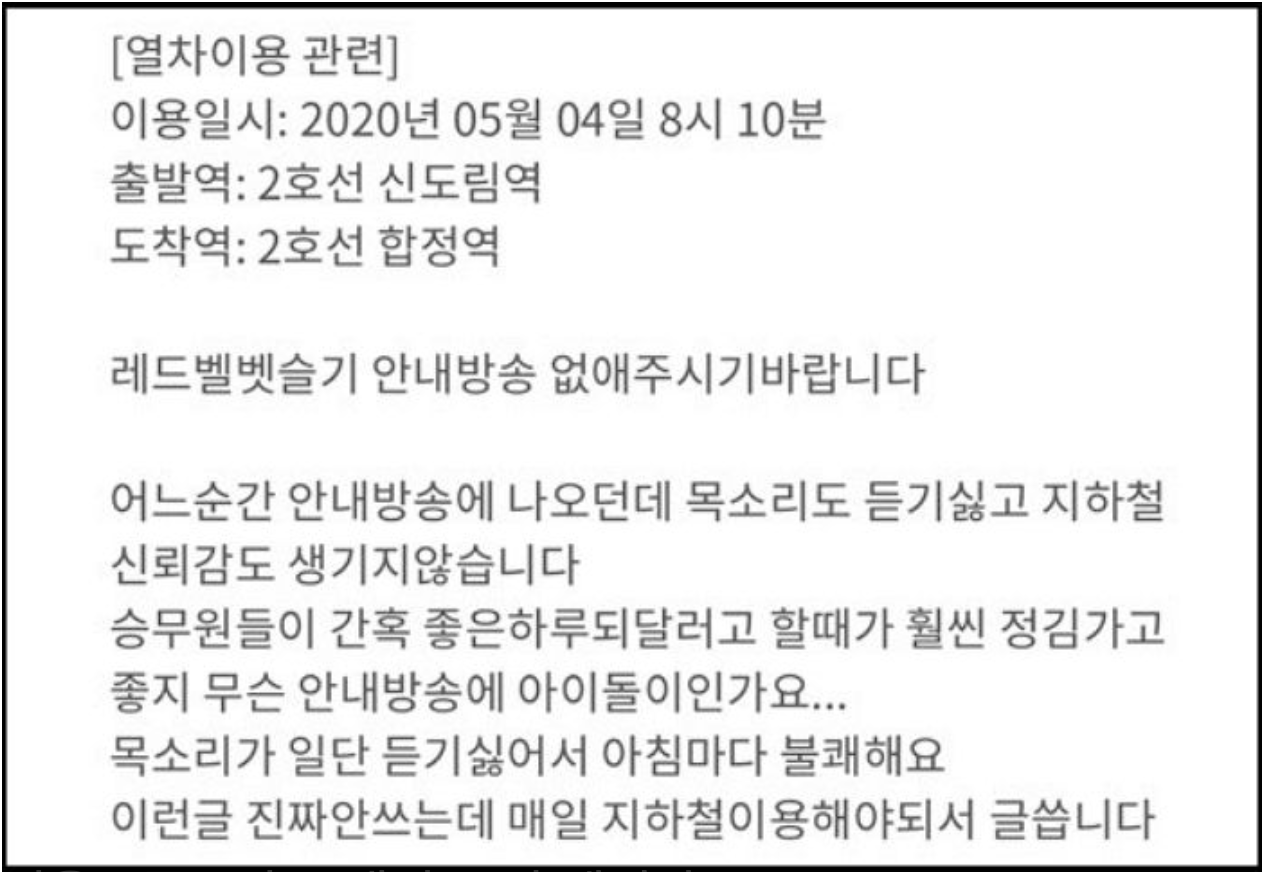 Who thought of this? Which stupid employee came up with this idea? Did you just want to hear a girl group’s voice? What does a subway have to do with Red Velvet? Spend your money on making the subway environment better. I don’t like hearing them, and it makes me disgusted. It’s just noise!!! Who listens to a young lady listening precautions? Please make it go away. 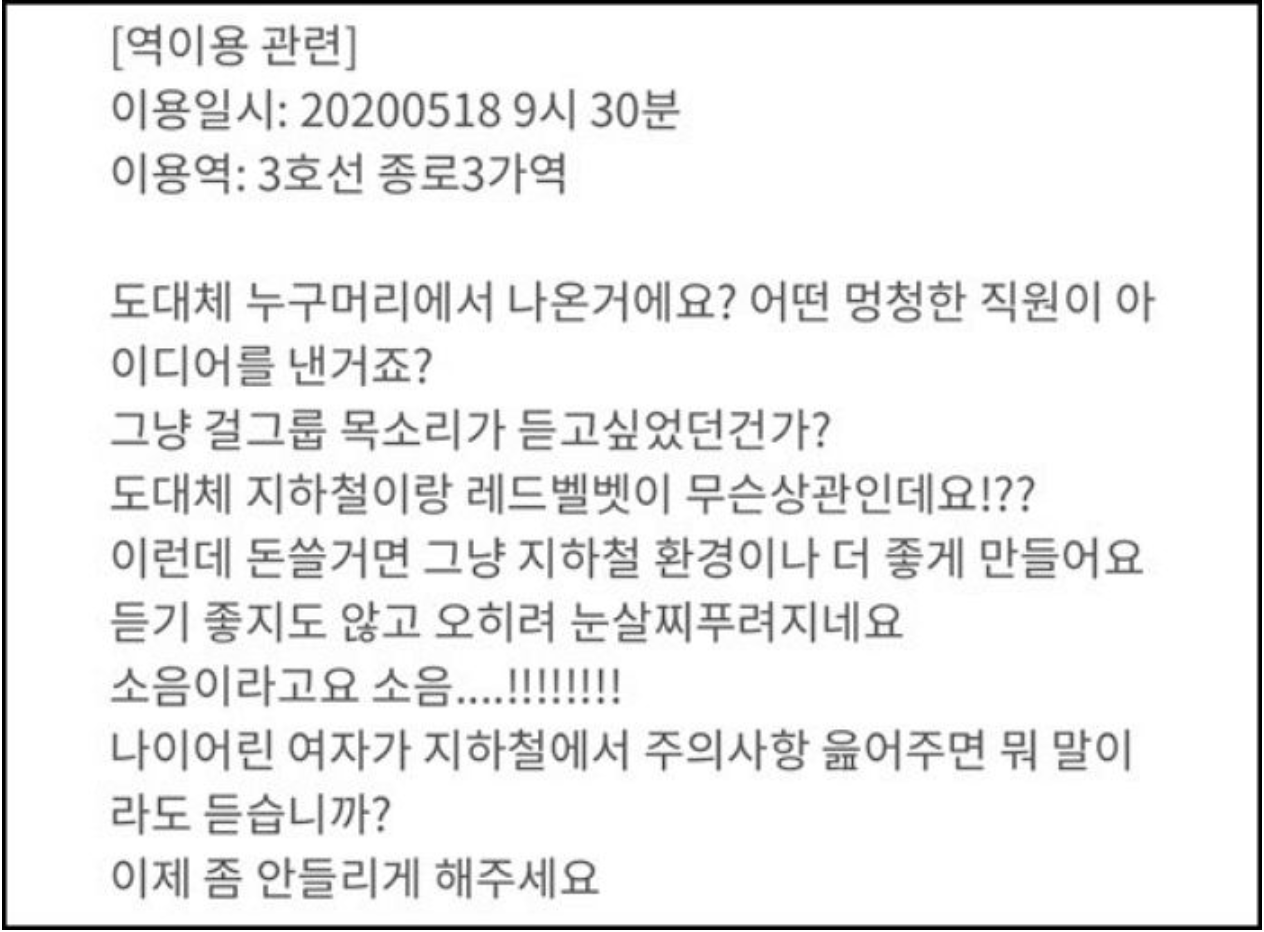 And in contrast to some of the other citizens, one subway rider used COVID-19 and income as the reason why they dislike the Red Velvet announcement.

Subway riders are more sensitive these days because of COVID-19. So when I hear the voices of celebrities that make much better money than us average folk, I don’t feel so good. I held it in for a month, but while I am losing colleagues as well as my workplace, it sickens me to hear a happy announcement. This isn’t good for the mental health of many people in this situation. Please take it down. 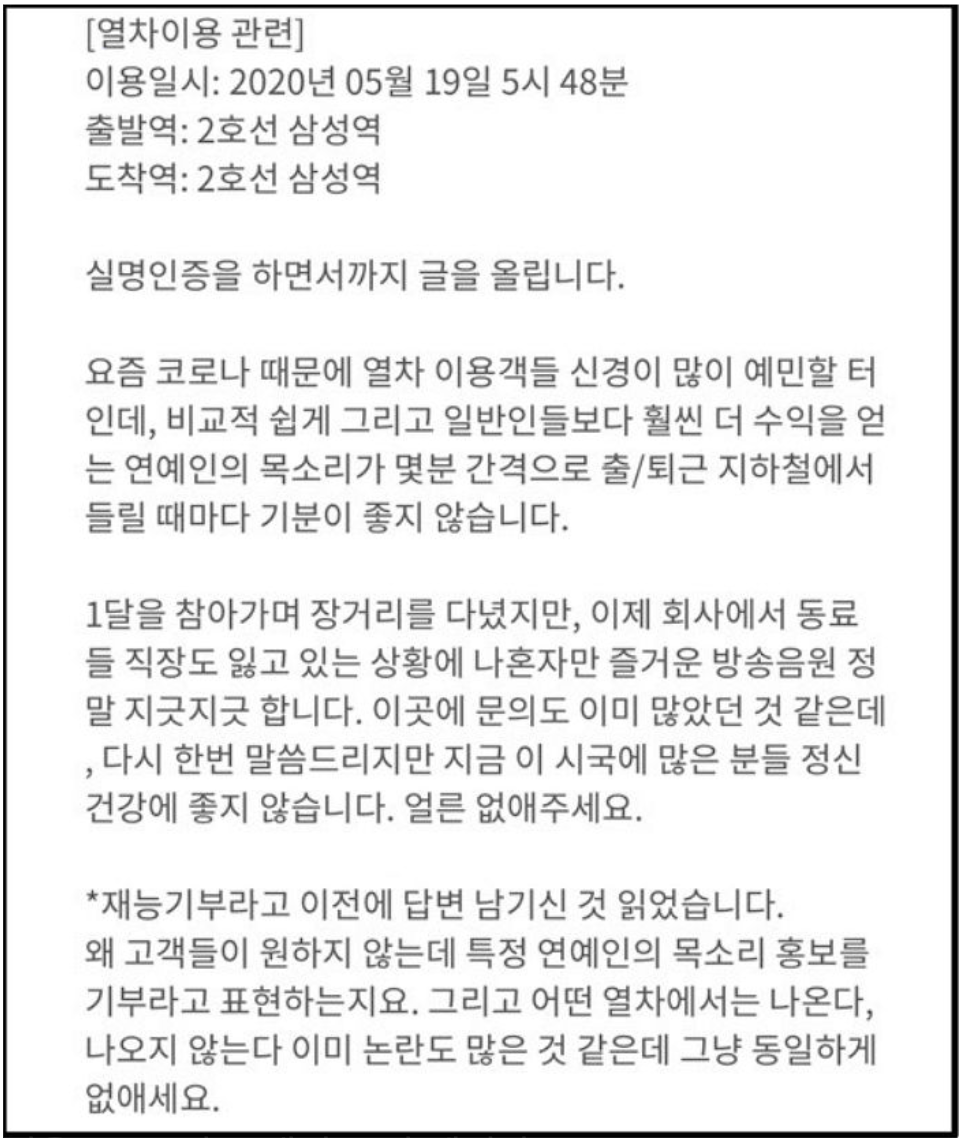 Just last month, the Seoul Subway began to broadcast an announcement given by Red Velvet’s Joy and Seulgi, which include messages of support, notifications to get in and out, as well as subway etiquette. 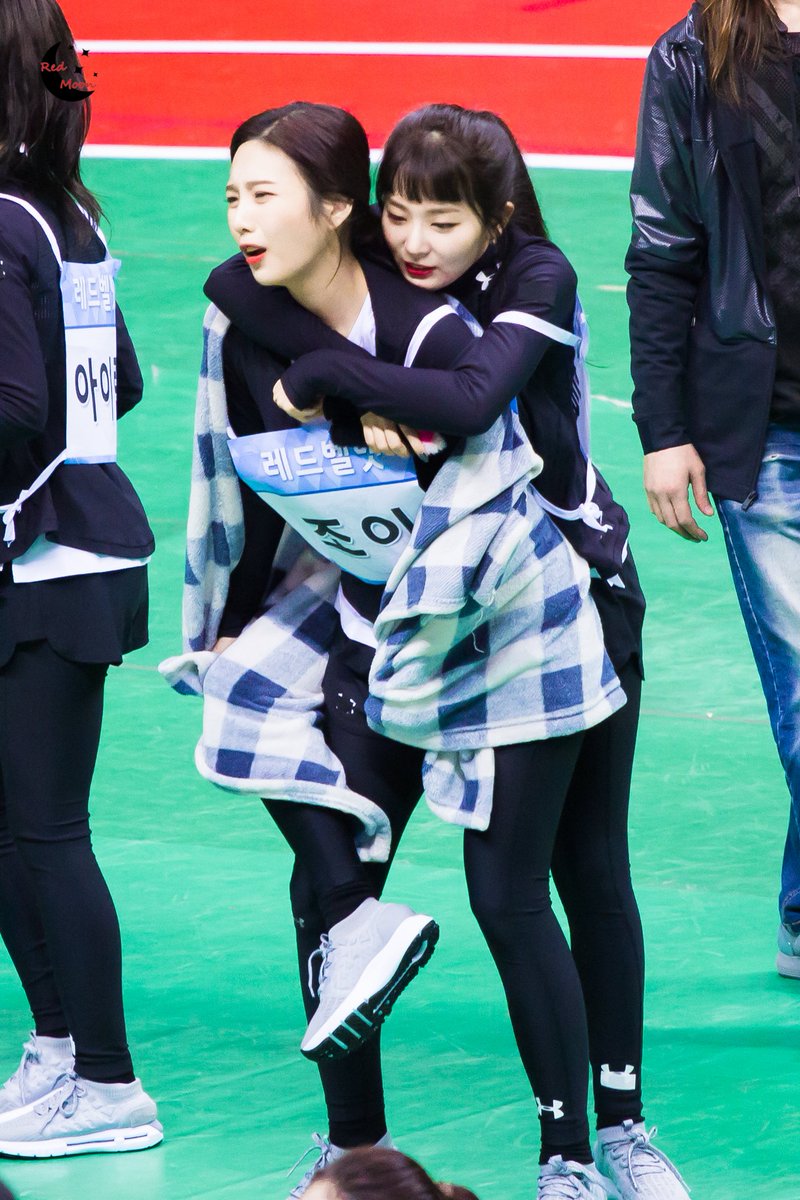 The announcement is set to be broadcast for a year until April of 2021. 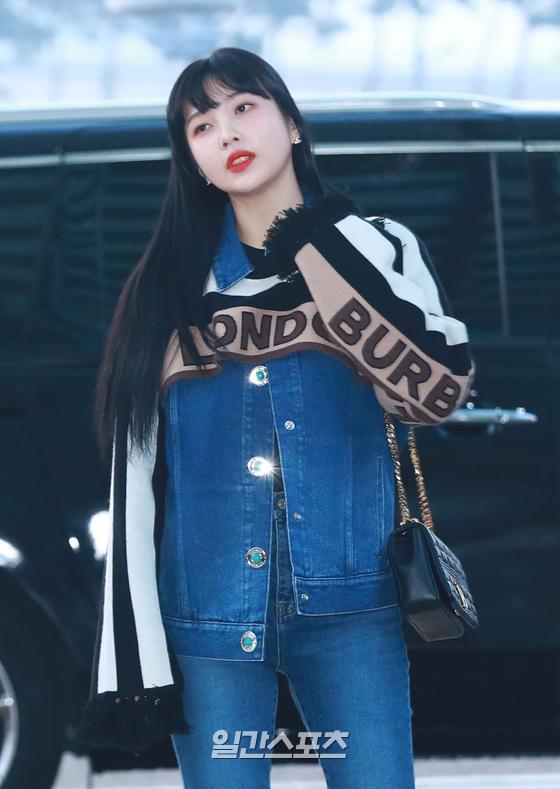