The rankings were determined through an analysis of singers’ media coverage, consumer participation, interaction, and community indexes using big data from August 21 to September 22.

BTS topped the rankings for the second consecutive month, earning a brand reputation index of 20,169,012 for September. The group enjoyed a 30.09 percent increase from their August score.

BLACKPINK took second place on this month’s list with a brand reputation index of 8,347,102, marking a 13.69 percent increase from their August score.

Wanna One maintained their spot at third place with a brand reputation index of 7,449,824, while Red Velvet and TWICE rounded out the top five at fourth and fifth places respectively. 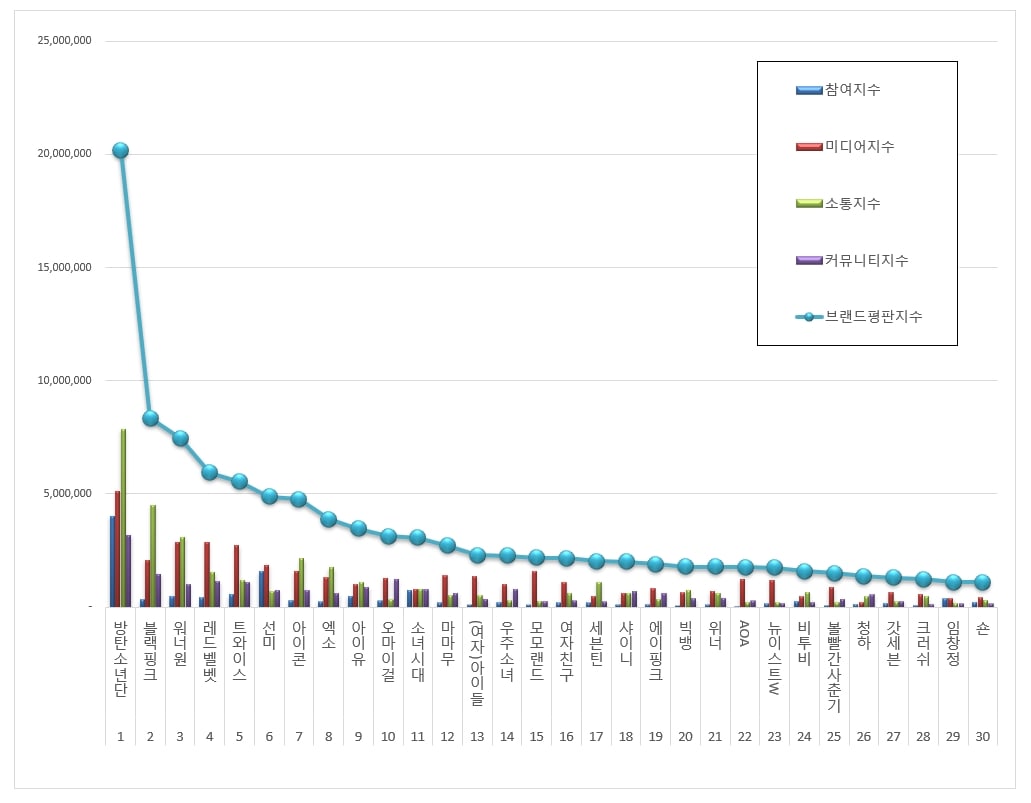