Seungjae’s superpower must be the ability to become friends with anyone!

The duo borrowed an electric car to go along with their eco-friendly traveling concept. While sightseeing, Seungjae approached a group of elderly female divers and immediately won them over with his charm. 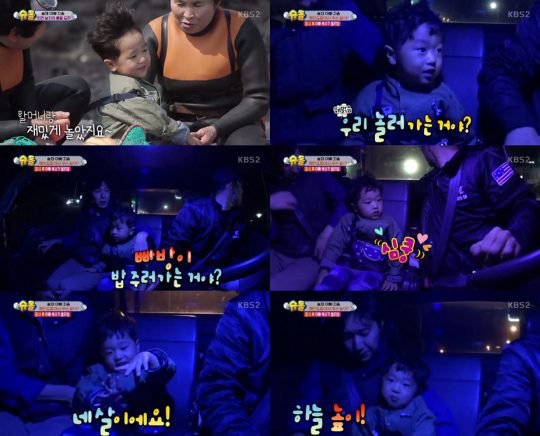 Go Ji Yong ran into trouble when, in the middle of the night, the battery of their car died. Luckily, Seungjae had fallen asleep because he was tired, and Go Ji Yong called in a tow truck for help.

Seungjae actually woke up when the tow truck arrived, and he struck up a conversation with the driver by introducing himself. He kept the driver entertained by chattering on with statements like, “I’m four years old. Is that the ocean?” Seungjae even got a laugh out of the driver by imitating his driving skills.

Check out all of Seungjae’s adorable antics in the latest episode of “The Return of Superman” below!