Seungjae surprised his parents with his gentlemanly behavior on the latest episode of KBS2’s “The Return of Superman”!

Seungjae’s parents, Go Ji Yong and Heo Yang Im, were actually watching Seungjae and Alice’s meeting through a video. As she watched her son, Seungjae’s mom commented on how happy he looked, saying, “Seungjae has such a big smile.”

Seungjae was then chosen to accompany Alice to go buy a cake for the party. It started to rain while they walked to buy the cake, so Seungjae stopped by a convenience store to buy an umbrella. Seungjae bought one umbrella and used it to protect Alice from the rain. Seungjae even positioned the umbrella in Alice’s direction so it was completely covering her from the rain. Seungjae’s mother couldn’t hide her surprise as she said, “Oh my, where did he learn to cover her with an umbrella like that? He’s better than his dad.” 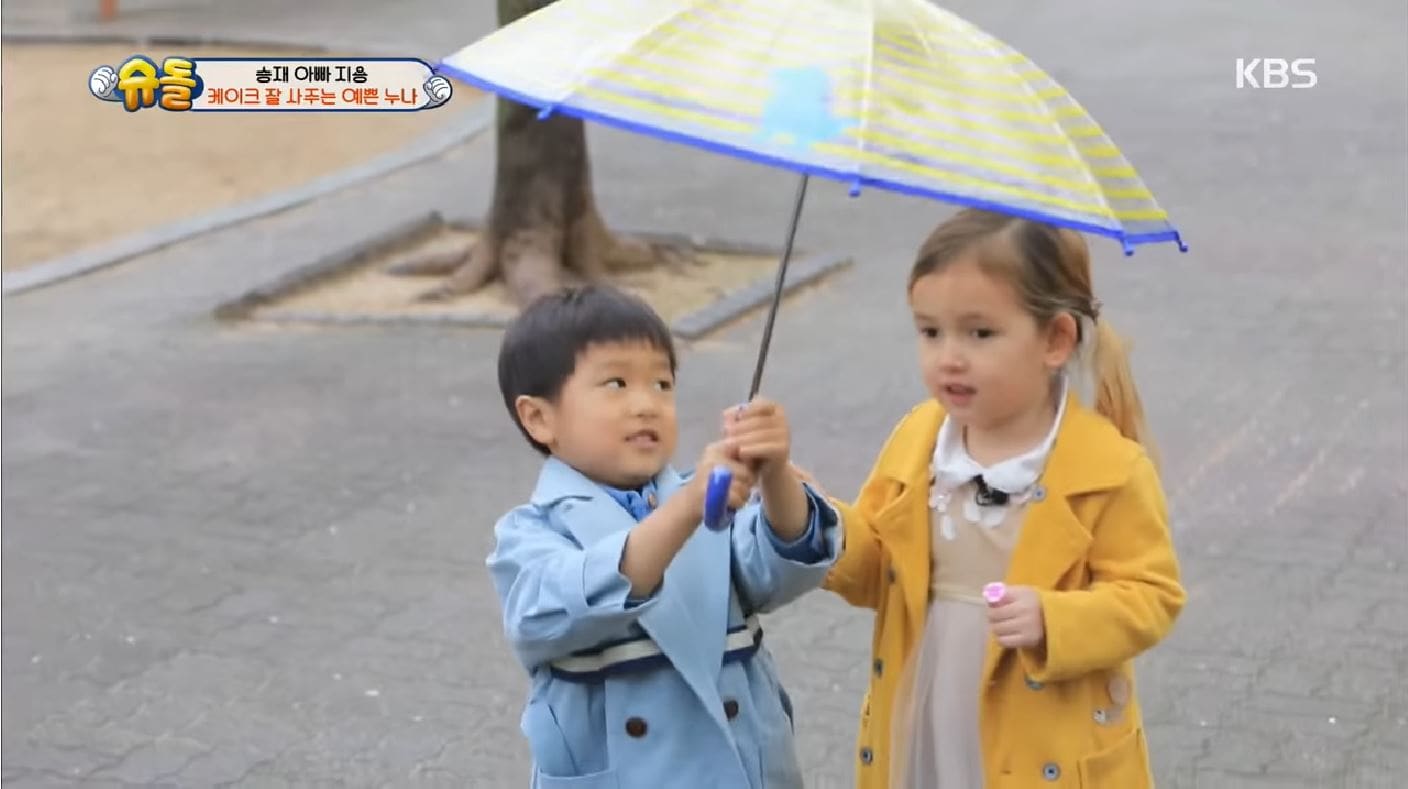 Seungjae and Alice finally made it to the bakery, where they picked out a cake. When Alice said the cake was heavy, Seungjae offered to carry the cake instead, and the two held hands as they headed back home. However, Seungjae appeared to struggle holding the cake as well, so Alice suggested they stop and rest for a little while. As Seungjae and Alice sat on a bench in a park, Alice said that she wanted to eat some of the cake. Seungjae opened the cake and placed six candles, even pretending to light up the candles with an unlit match, before singing happy birthday for Alice. 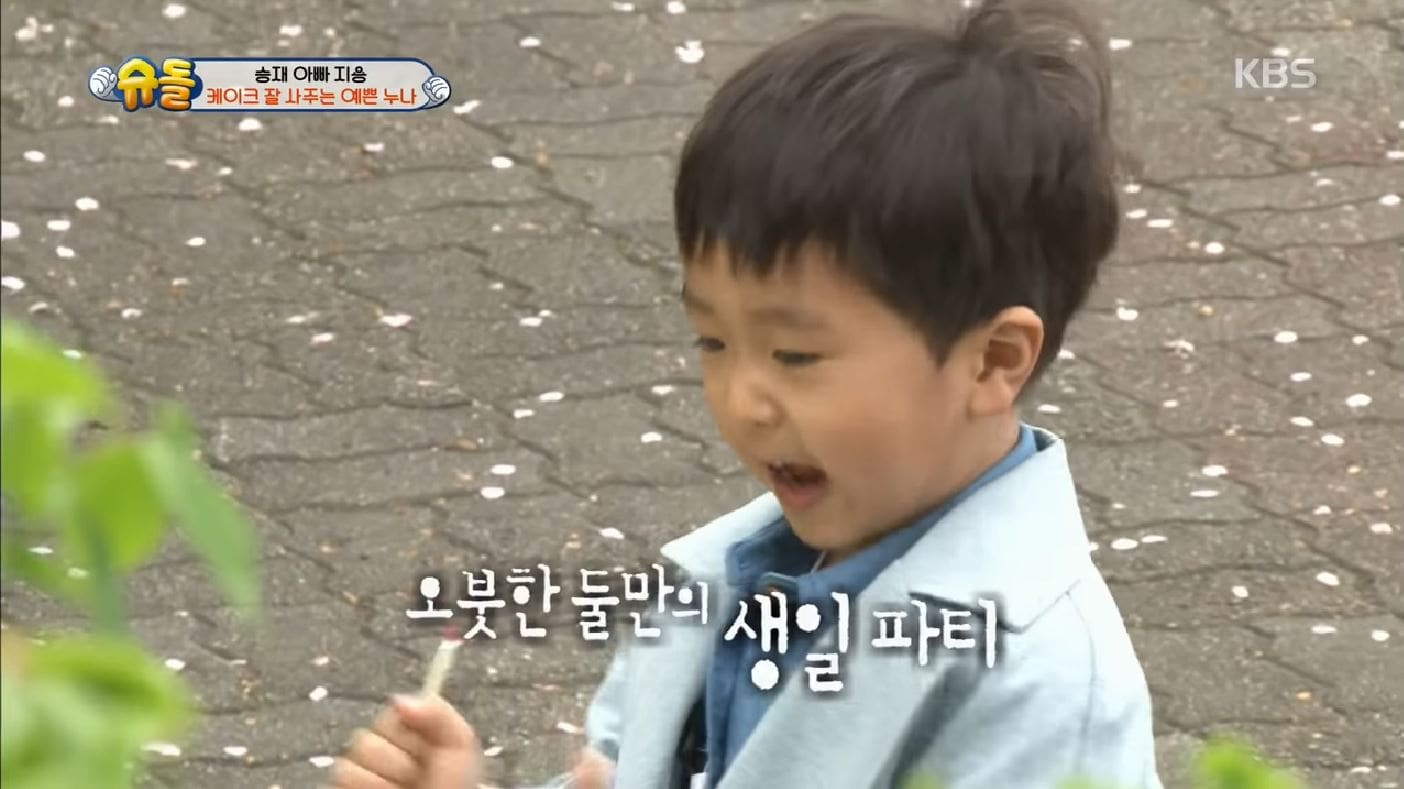 Afterward, Seungjae asked Alice if he can call her Alice instead of Alice nuna (term for older female). Still watching Seungjae’s video, his mother laughed as she remarked, “All men are the same in wanting to be an oppa (term for older male), whether it’s an adult or child. Seungjae’s dad and I are the same age, except he keeps asking me to call him oppa.”

Seungjae also tied Alice’s shoelaces for her, continuing to show off his gentlemanly actions. Seungjae and Alice made it back home, where they continued to celebrate Alice’s birthday party. At the end of the party, Seungjae gave Alice a kiss on her cheek.

Having watched Seungjae’s interactions with Alice through video, Go Ji Yong and Heo Yang Im were notably surprised and impressed by their son’s sweet and gentlemanly manners. Seungjae’s parents were then asked, “What would you do if Seungjae said he liked Alice more than his mom?” to which his mother replied, “There’s nothing we can do then.”

“The Return of Superman” airs every Sunday at 4:50 p.m. KST. Catch up with the latest episode below on Viki!