On the most recent episode of “The Return of Superman” on April 16, Seungjae enjoyed a nice moment of reading time with his father Go Ji Yong and got to transform into a goblin while at it!

Just like the photos show, Seungjae got a hold of a black hat and it made the viewers think of a similar character in the drama “Goblin.” He was so happy to be role-playing such a character, and it certainly made the viewers smile along. 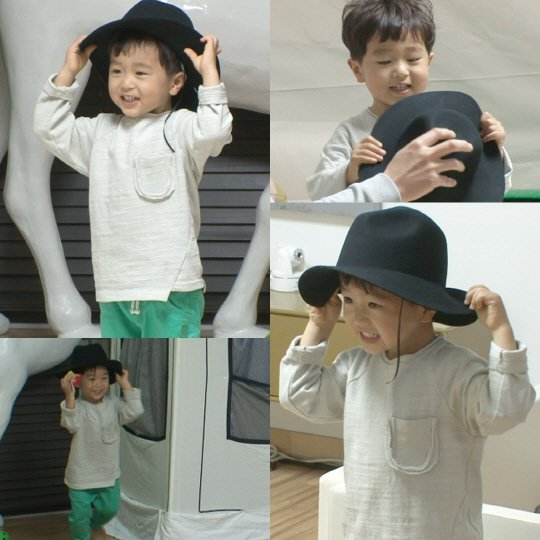 When Go Ji Yong read Seungjae’s favorite book “Goblin’s Hat,” Go Ji Yong let his son become the main character of the book. He gave Seungjae a hat that supposedly belonged to the goblin, and Seungjae quickly put it on with excitement.

To check if he had become the real goblin, Seungjae ran around the house checking his own appearance, which made it hard to hold in the laughter.

You can watch more of Seungjae’s lovely time with his father in the latest episode of “The Return of Superman” below.