SEVENTEEN engage in a fierce obstacle course competition for GOING SEVENTEEN, and the two teams are not risking any chances of a loss.

Up next to tackle the course was Dino and Jeonghan, who both promised that they would engage in fair play. Woozi was skeptical of this as Jeonghan is notorious for “cheating,” and it turned out his suspicions were correct. 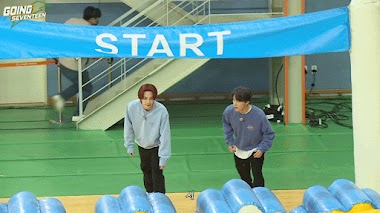 Jeonghan managed to pull ahead briefly after disentangling himself, but Dino was determined to not let that happen. 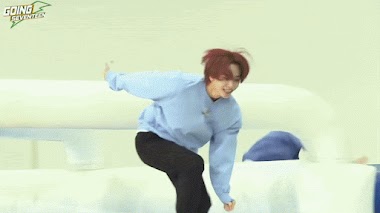 Meanwhile the rest of the members were losing it from the stands, encouraging them to continue to play dirty. 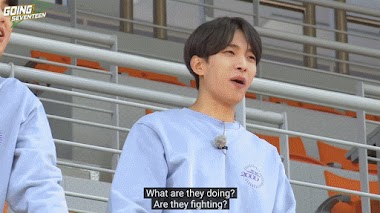 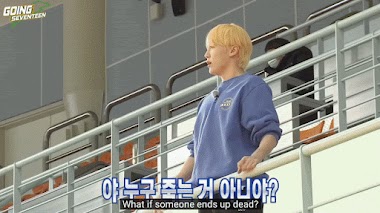 They put up a good fight till the very end, but Jeonghan ended up winning. 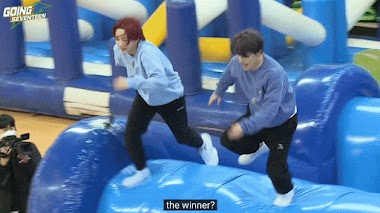 Their chaotic match ended with a hug, and both of them admitting that they had a lot of fun!