Group SEVENTEEN made a guest appearance on JTBC‘s Knowing Bros and had a fun time playing games, choosing the top 3 visuals, members going AT each other, and more with the cast members.

During Joshua’s turn, the members and cast had to figure out why Joshua was so shocked because of Hoshi. 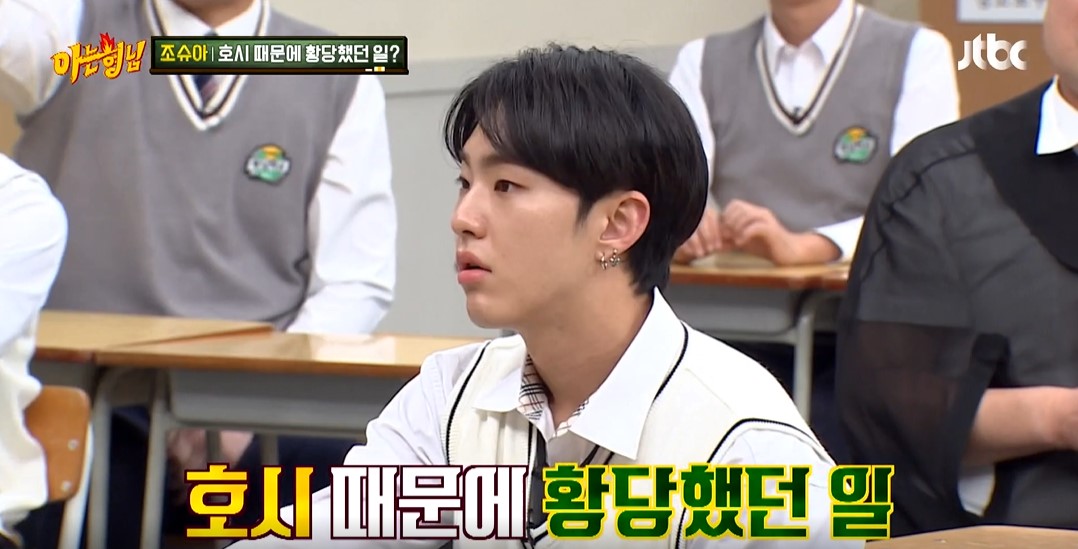 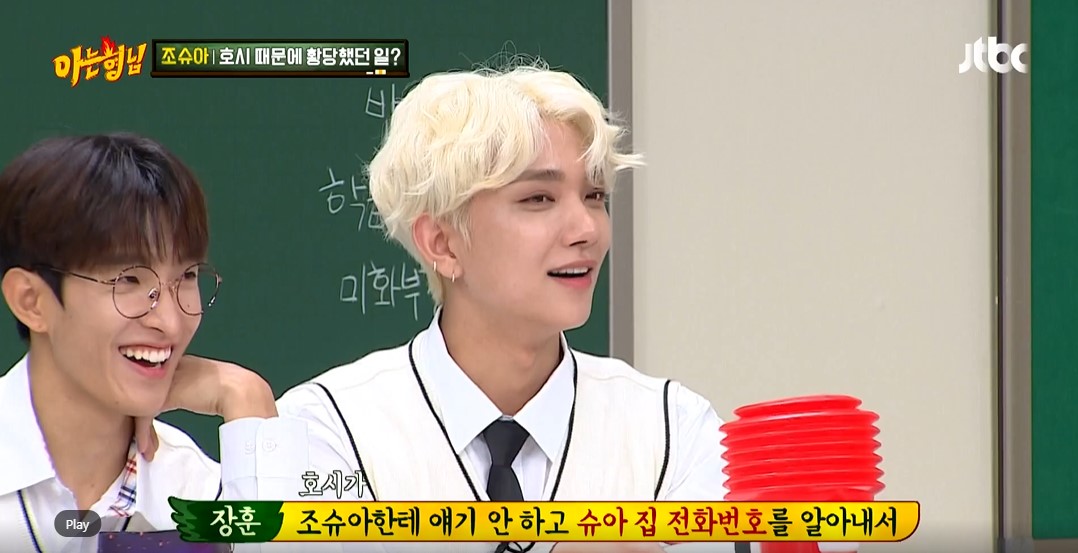 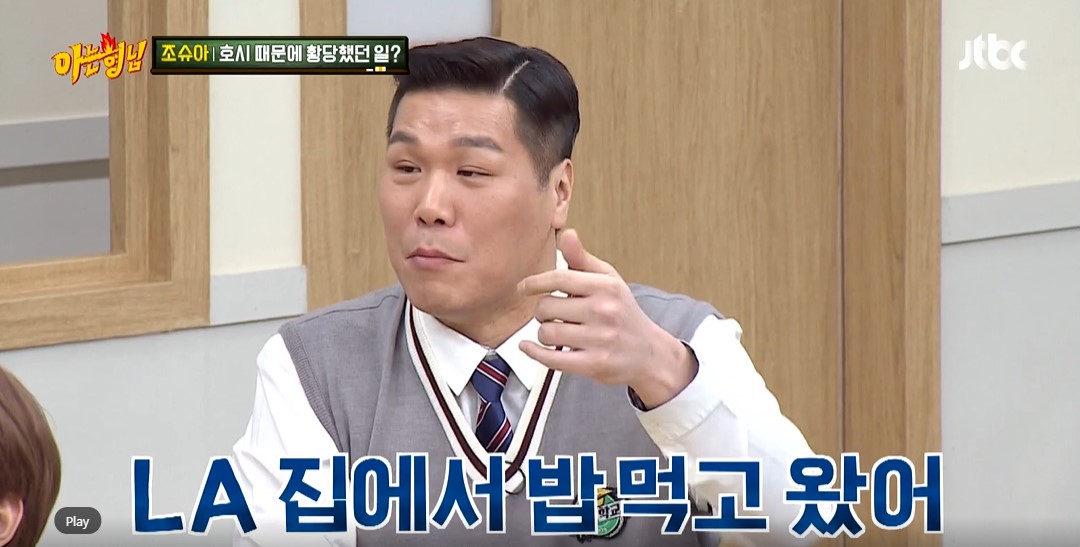 Funny enough, his answer was correct! The other crew and members were shocked that this was the answer. 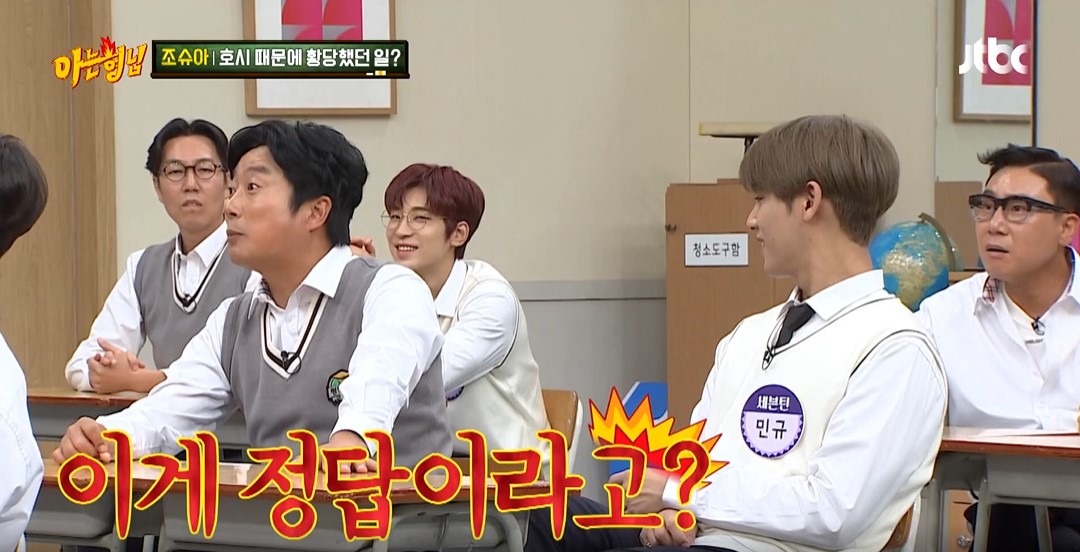 Joshua explained that his mother came to their concert and greeted everyone there. 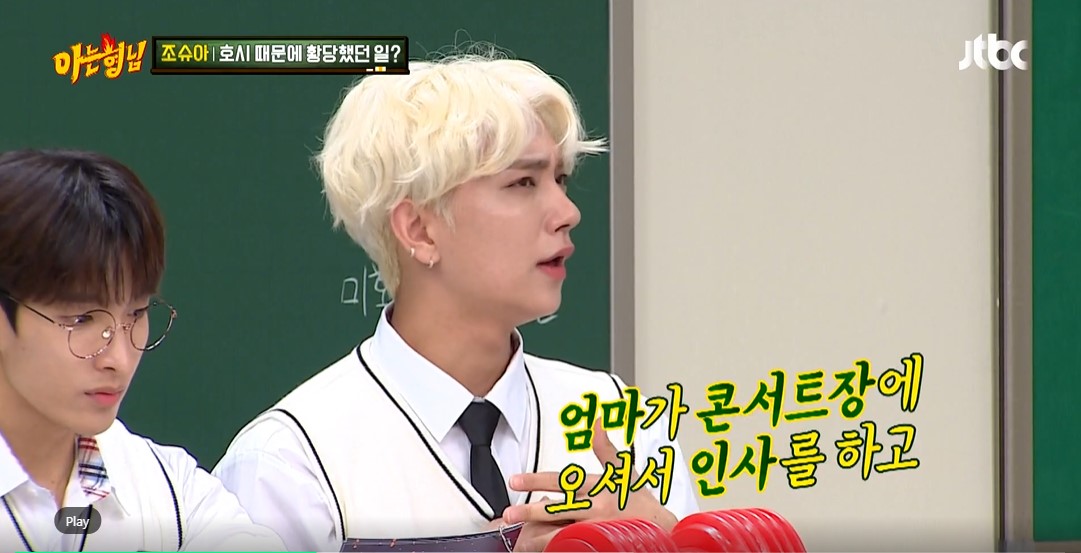 After the concert was over, Joshua was busy hanging out with his friends… 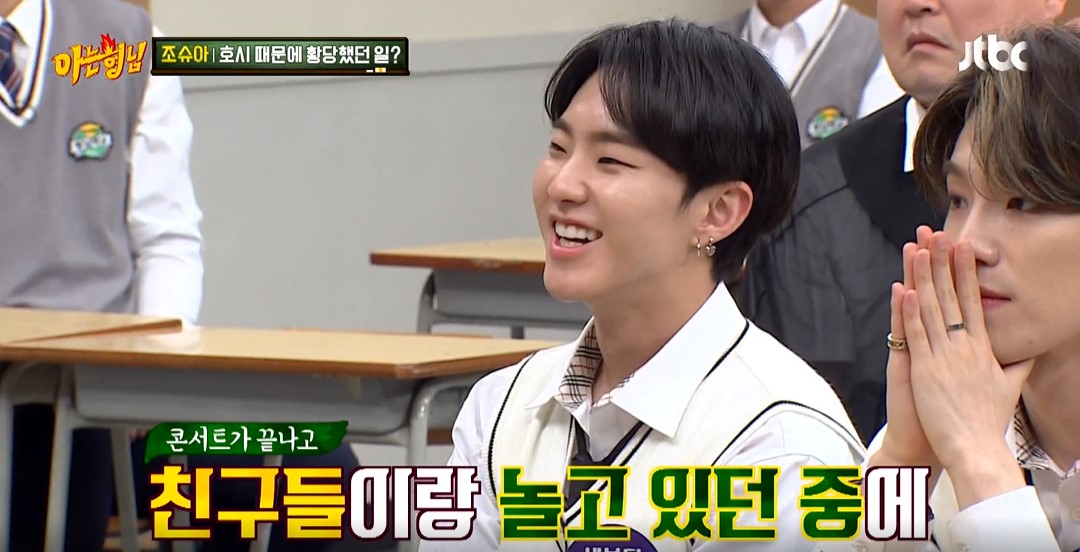 …until he received a text message with a photo his mom sent him. 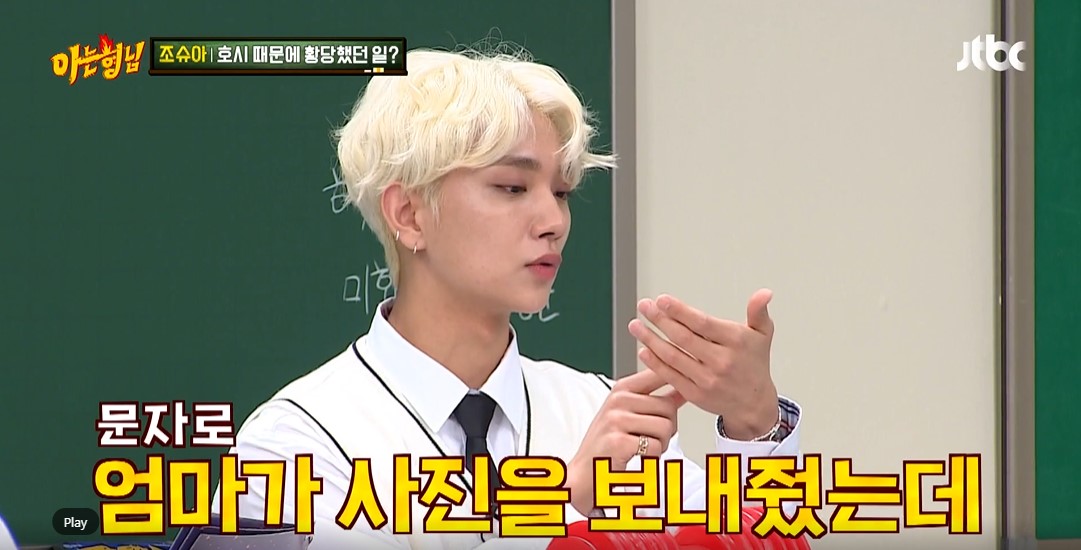 What he saw shocked him! It was Hoshi and his mom eating galbi! 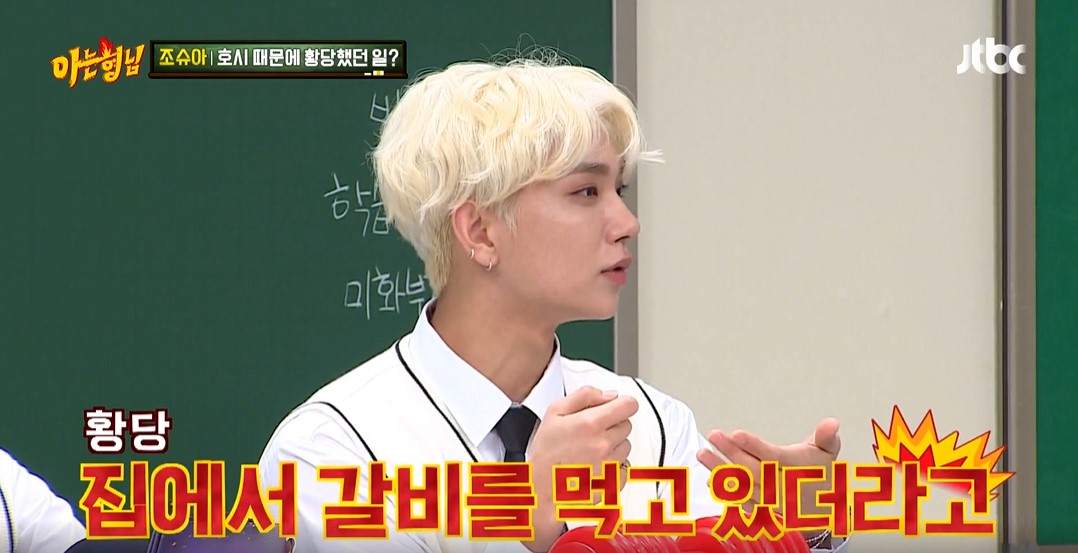 Taking a closer look at the photo, he realized that it was his house! 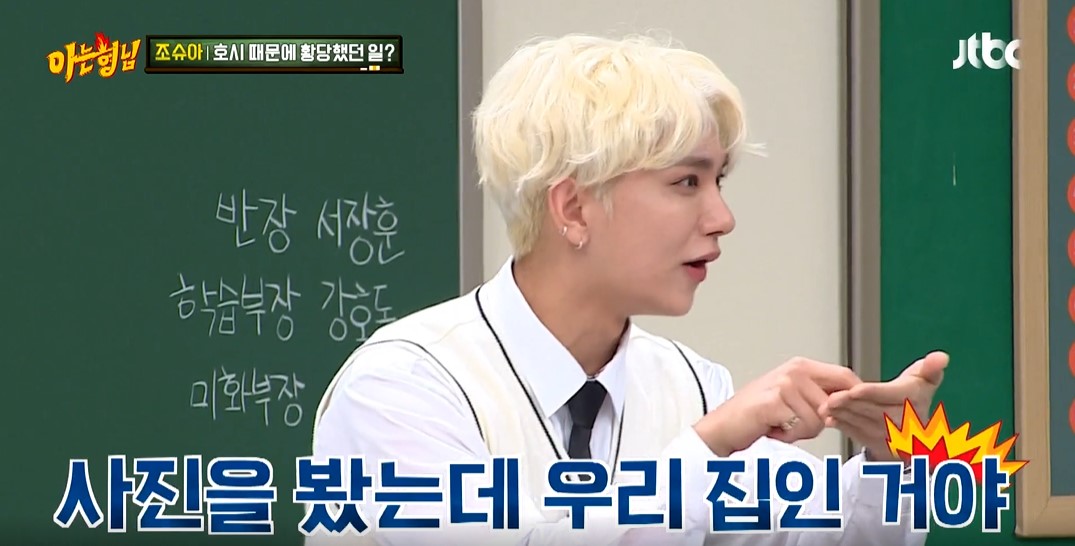 And what shocked him the most was that it was just the two of them eating together! 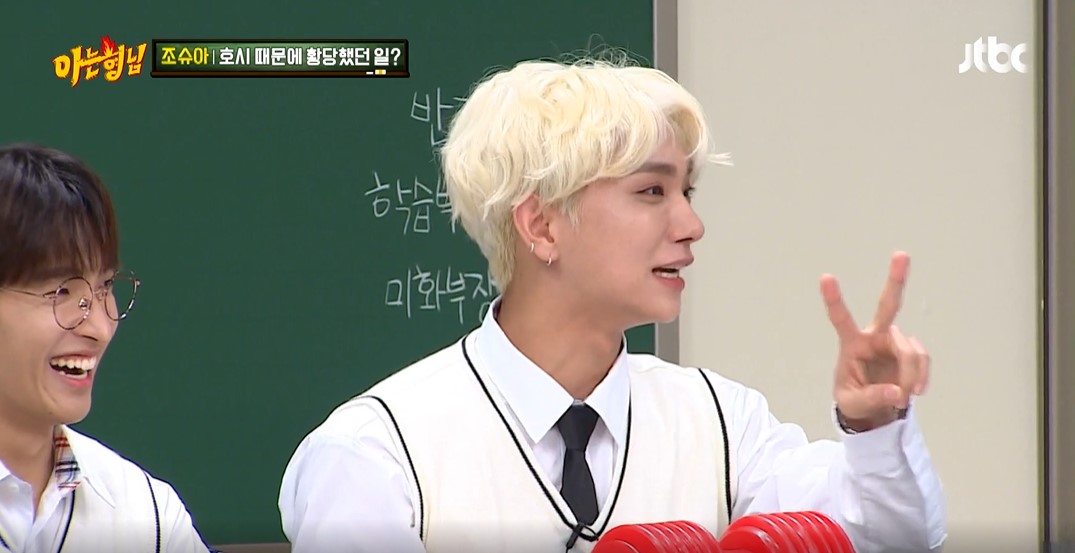 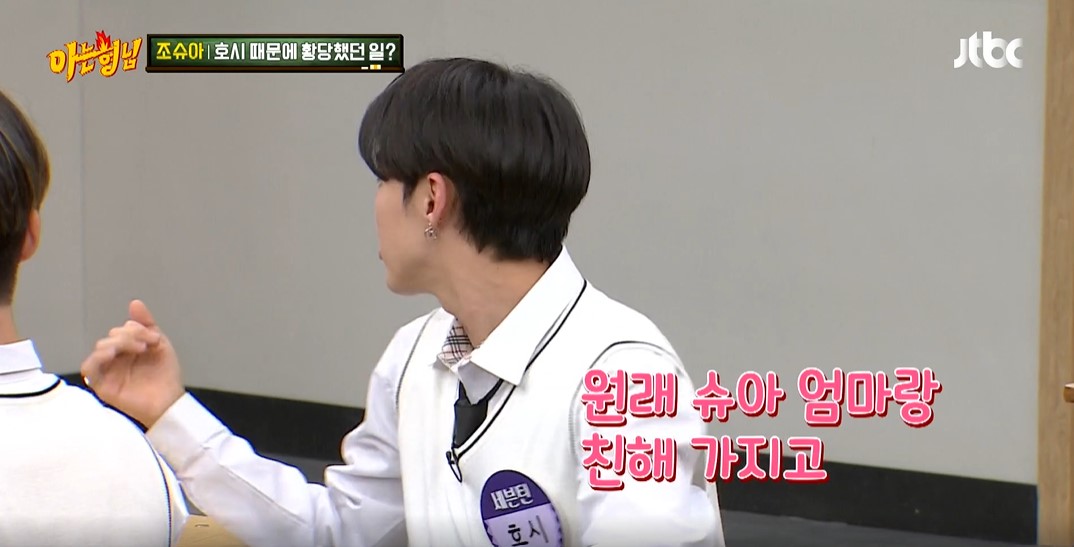 It seems like SEVENTEEN and their family members are all one big family that takes care of each other like their own parents and sons!