SEVENTEEN‘s Jeonghan just bought a children-size sweater for himself, and the story is going viral online. 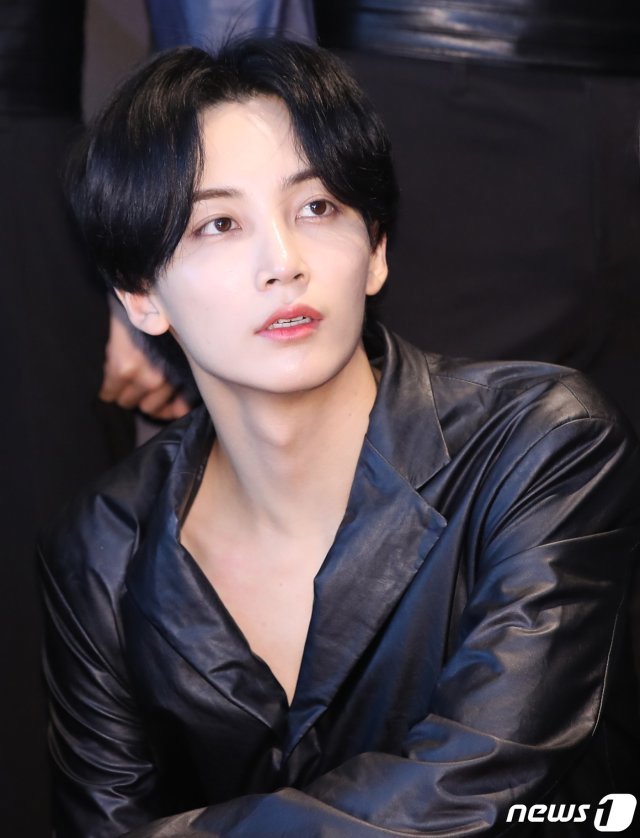 On Weverse, Jeonghan shared a photo of the tiny sweater along with a caption explaining what happened.

I bought this because it’s getting colder now. But it’s smaller than I expected… This is a 100, but I’d better buy 500 instead… Haha. 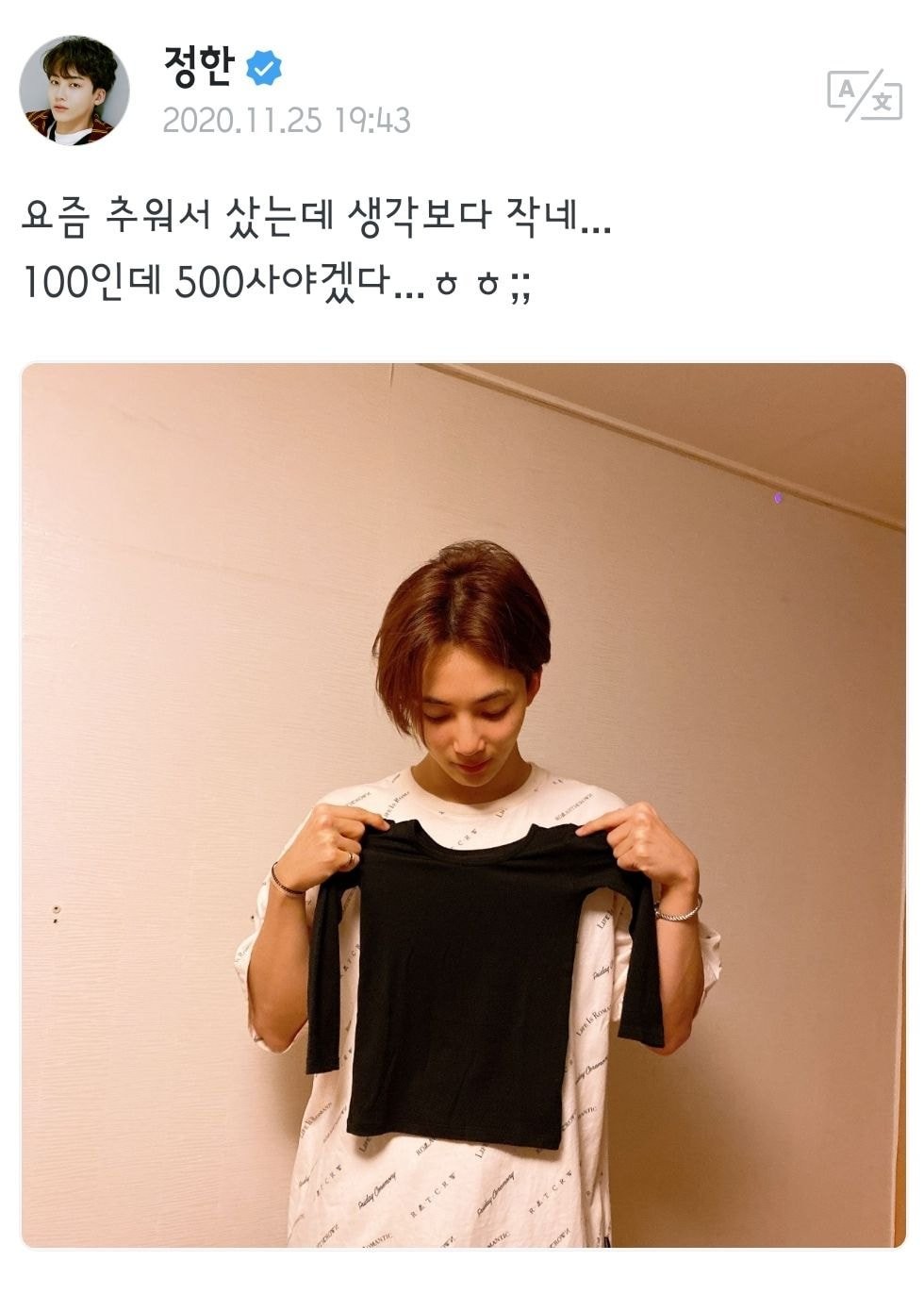 Size 100 for children is made to fit children between ages 3 to 4 who are around 100 centimeters tall. But Jeonghan must’ve bought them thinking it was adult size. 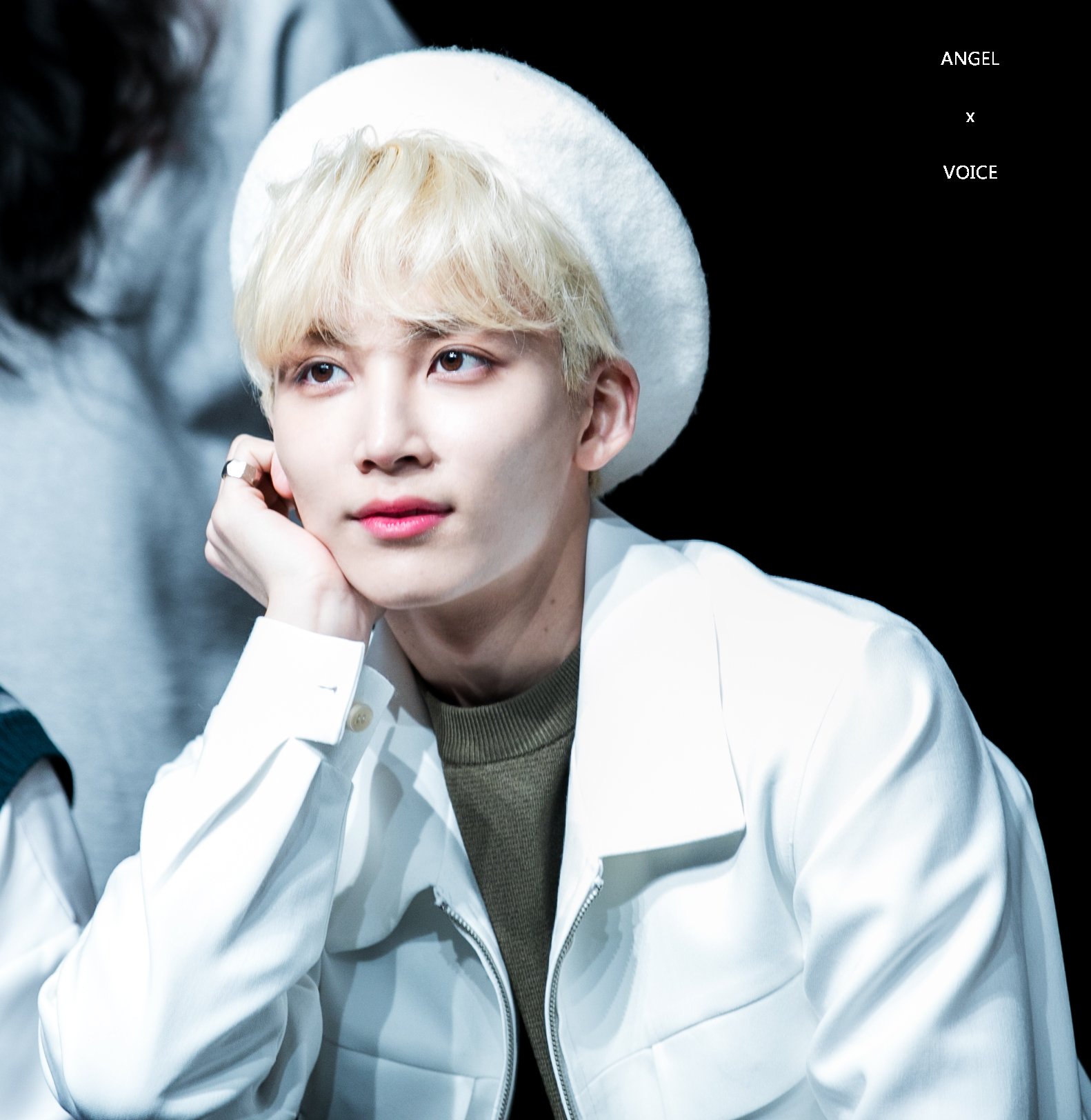 What’s worse is that Jeonghan didn’t only buy one.

I must’ve gotten the wrong ones… But I bought two… 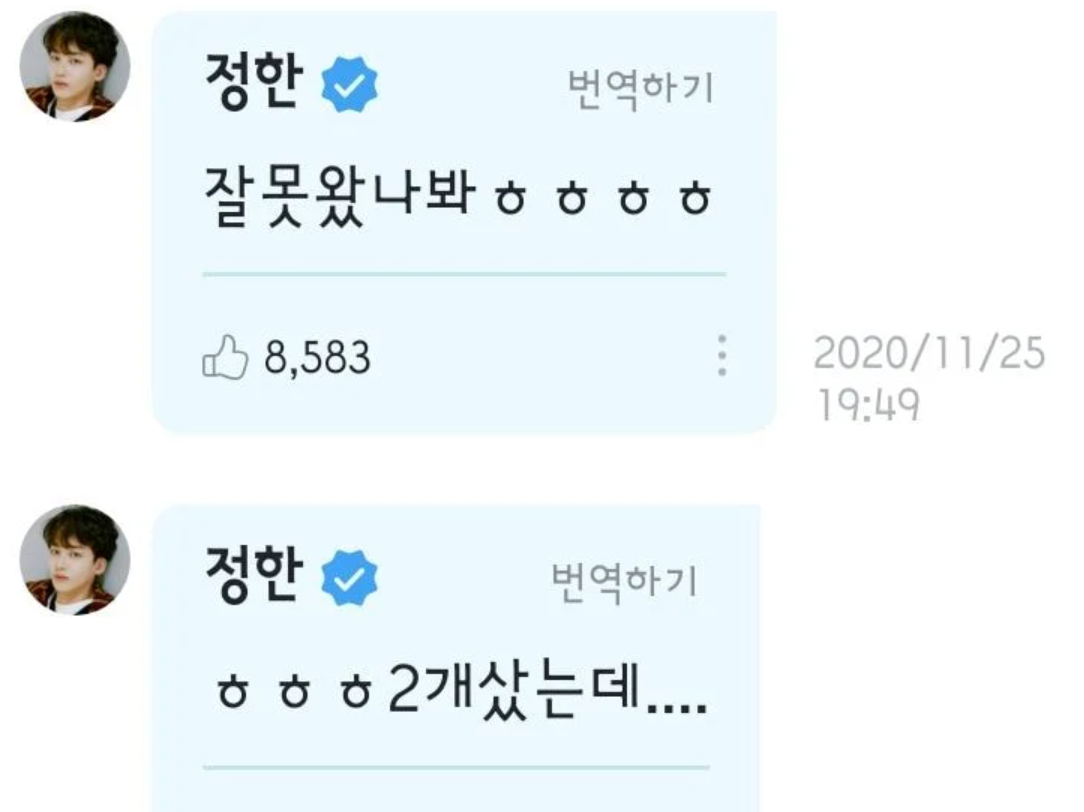 In response, fellow member, Vernon exposed Jeonghan for actually trying it on.

It was legendary when you tried it on. 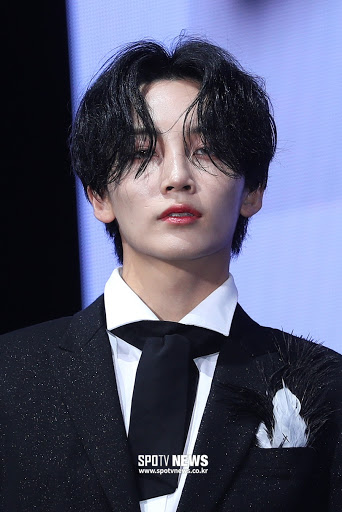 And Jeonghan defended his actions.

I only tried it on because I wondered if it would stretch out. 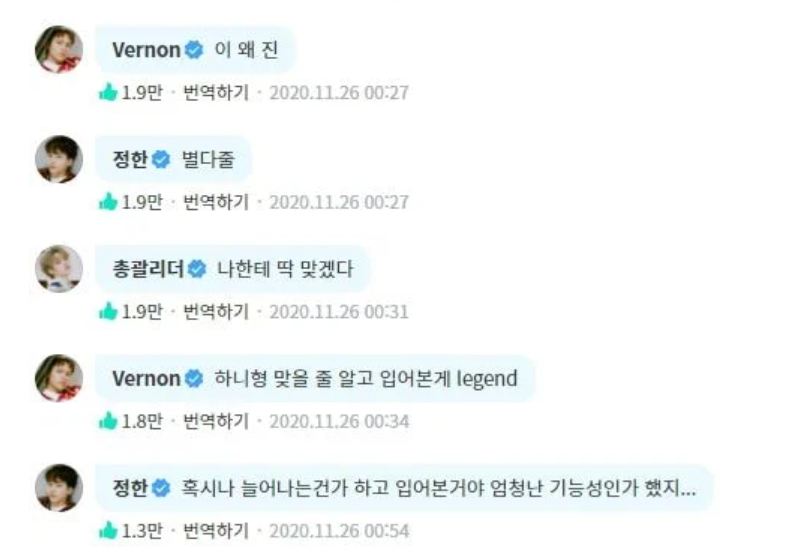 Meanwhile, fans are dying because of Jeonghan’s mistake.