On December 13, SEVENTEEN held a “lying down” or “LieV” broadcast through Naver V Live, where they talked about their successful 2017 and their hopes for the next year.

They first reflected on the past year. S.Coups expressed, “This year was a year I’m very grateful for. I’m thankful for this year because of our fans who always believe in us,” while Joshua commented, “It was a year where we were able to achieve our dreams. Our dream was to become world stars, and thanks to our fans, we were able to hold a world tour this year.” 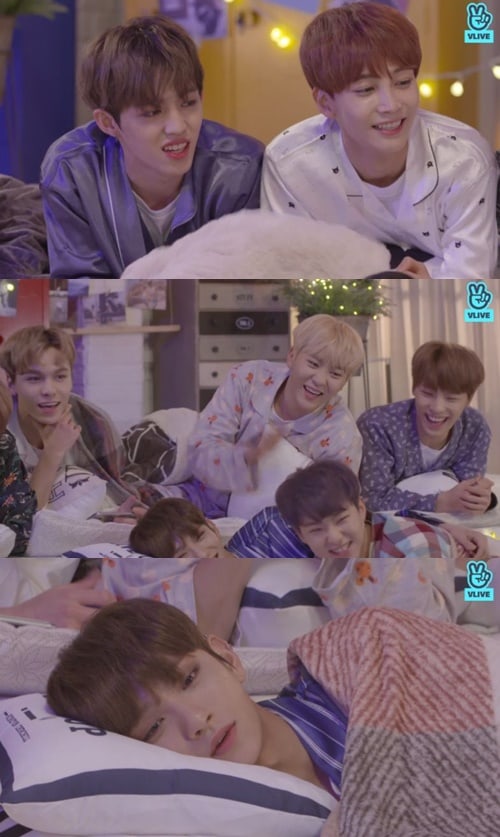 Looking forward to the upcoming year, S.Coups stated, “2018 is coming up, and people normally make New Year’s resolutions.” He asked the other members, “Do you guys have any?”

Dokyeom answered, “Health is the most important. I hope no one gets hurt or sick. I’m currently working hard to exercise.” Dino commented, “I want to maintain the friendship between the SEVENTEEN members and continue to achieve our dreams in 2018,” and Vernon added, “I think it’s most important to not lose the joy in spending time with each other.”

As for more personal goals, Wonwoo shared, “I want to try fishing,” while Seungkwan admitted, “I want to become better at playing the piano, but I don’t think I have the patience.”

During the broadcast, member The8 also reassured fans over a video call and told them not to worry about his injury.