Every K-Pop idol chooses their stage name for a certain reason, whether they decide to use their real name or something else. SEVENTEEN‘s members are no different, and they all have really interesting and unique meanings behind their stage names! You can tell that they all put a lot of thought and effort into the name they wanted to be known as by their fans. Here are the meanings behind all 13 names, as well as their birth names as well. 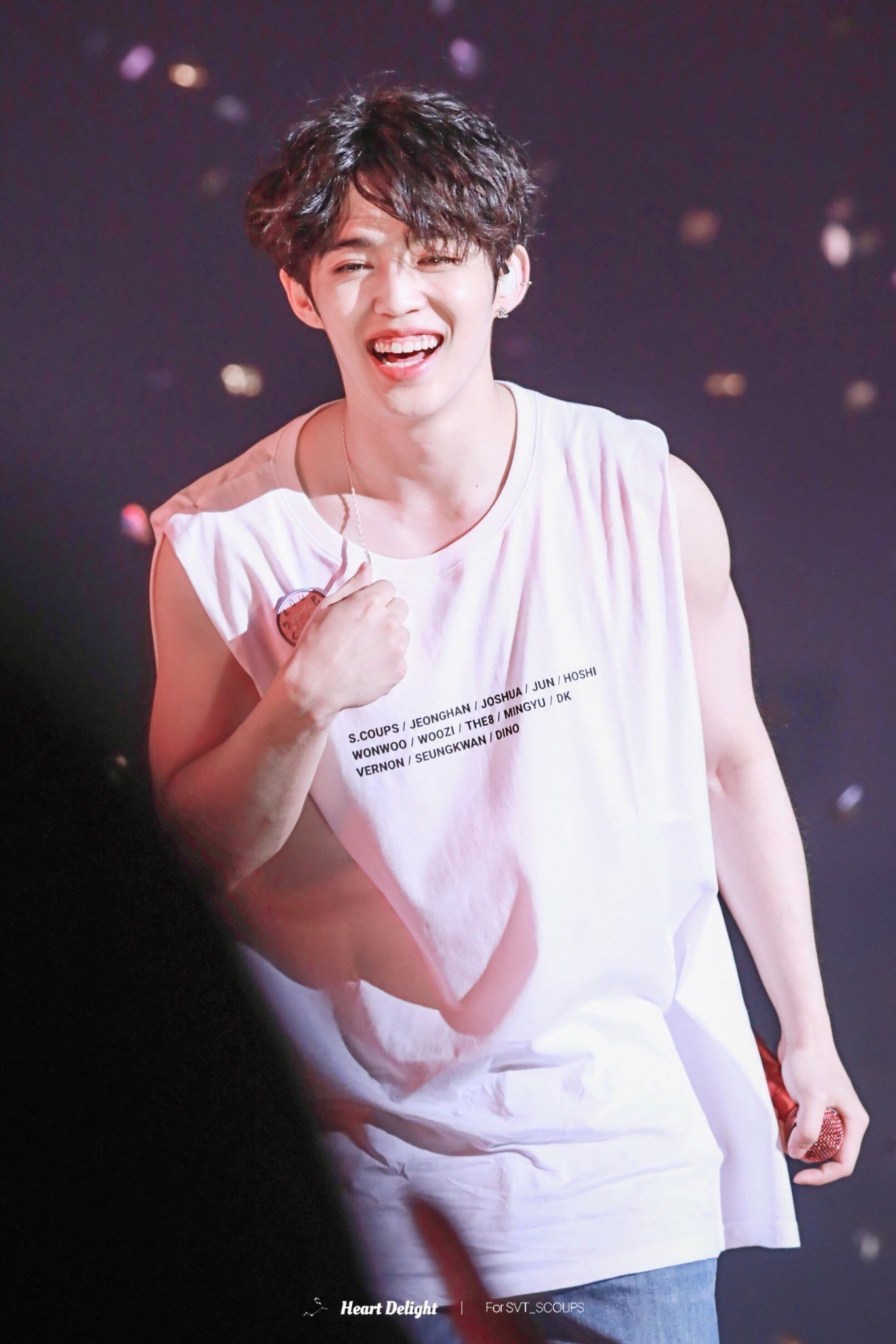 The stage name S.Coups can be broken down into two parts. The “S” part of his name can stand for both “Seungcheol” (his real name, Choi Seungcheol) and “SEVENTEEN”, which is, of course, the name of the group he leads! The “Coups” part of his name is taken from the term “coup d’état“, which is a phrase used to define a takeover or sudden advantage over a rival/government/etc., usually by a small force. So together, his stage name basically stands for SEVENTEEN having success over their rivals! 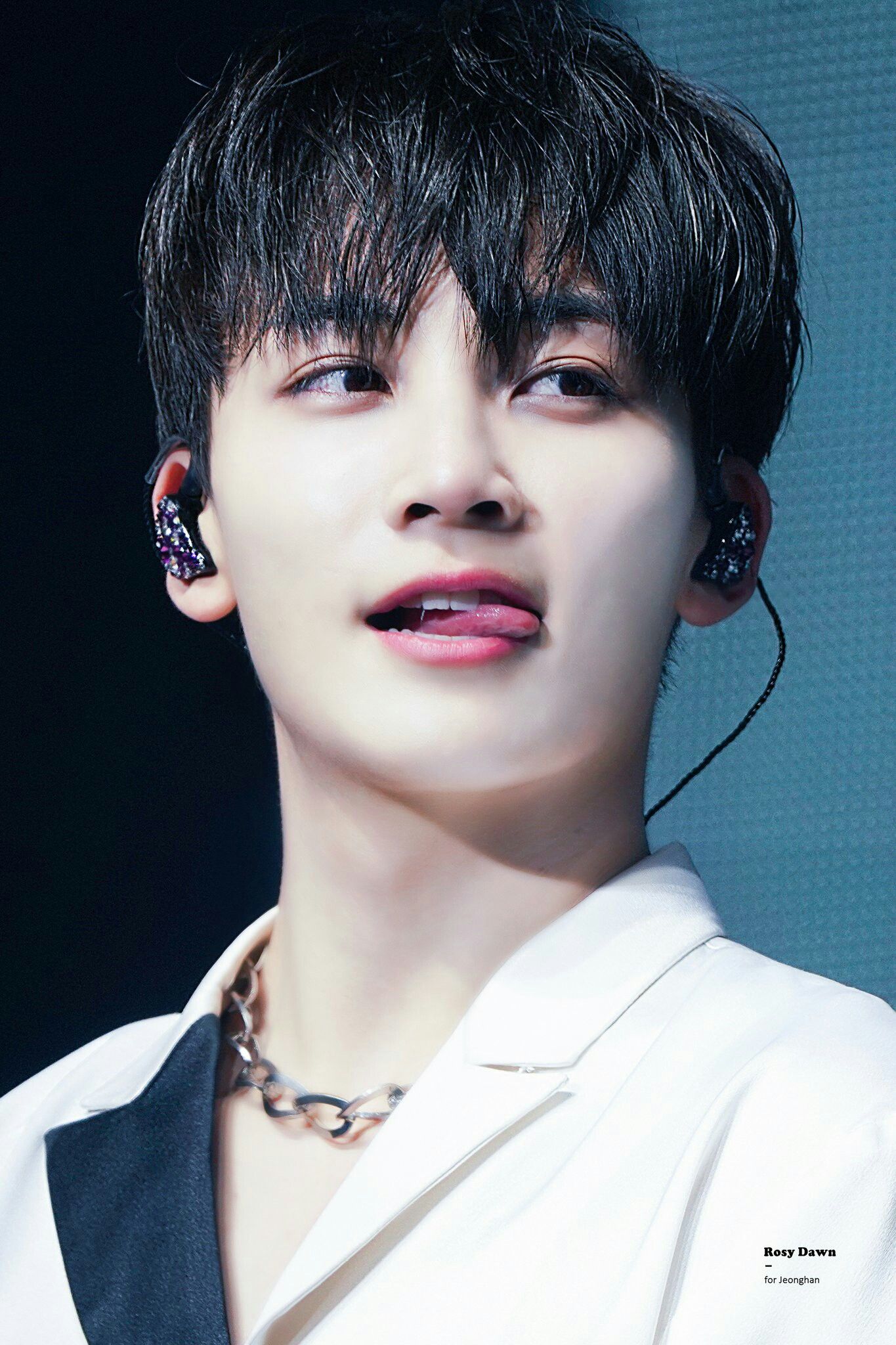 Jeonghan is one of the members of SEVENTEEN that uses his real name as his stage name (Yoon Jeonghan). You can break down his name into “Jeong”, which means “clear, pure, or innocent”, and “Han”, which means “a country”. Together, the two parts can mean “a clean Milky Way”, which is such a pretty and accurate name for him! 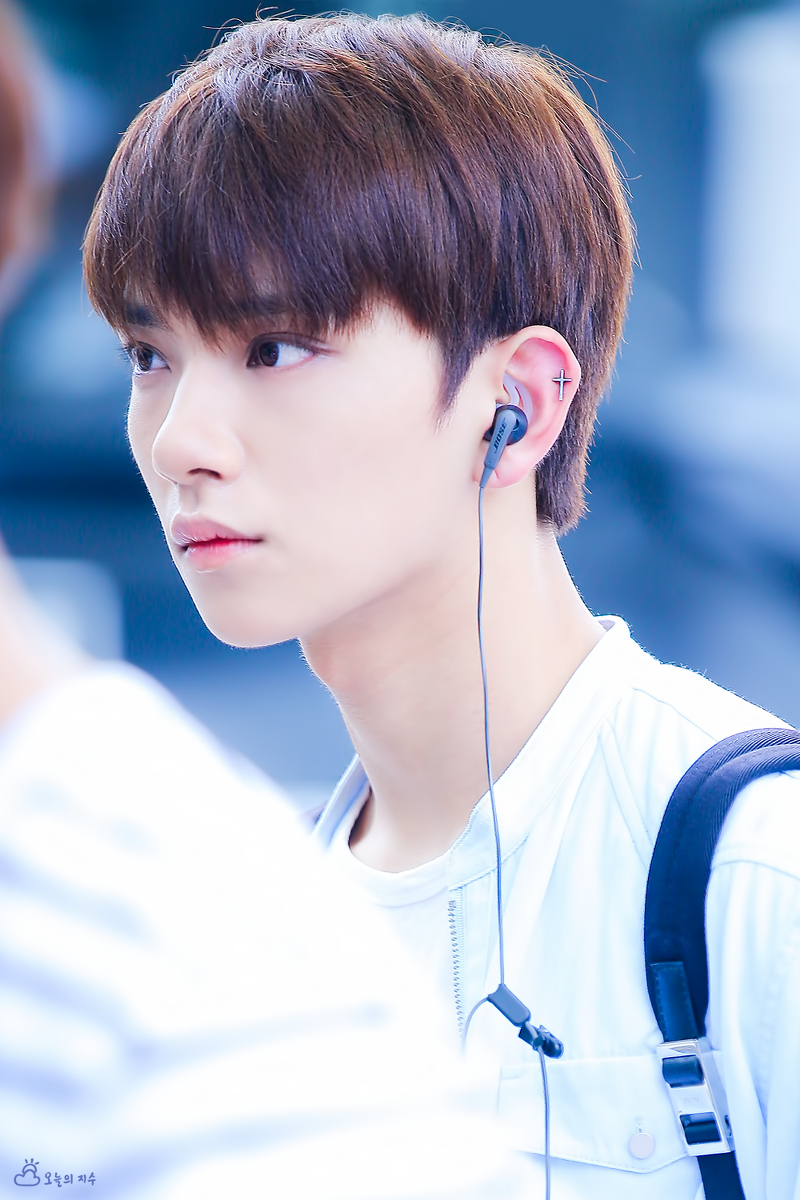 Joshua is another member of SEVENTEEN that uses his real name, though as he has both a Korean and an American name, he chose to use his American name for his idol identity! “Joshua” is a name taken from the Bible, and he is known for being proudly Christian. His full American name is Joshua Hong, and his full Korean name his Hong Jisoo. 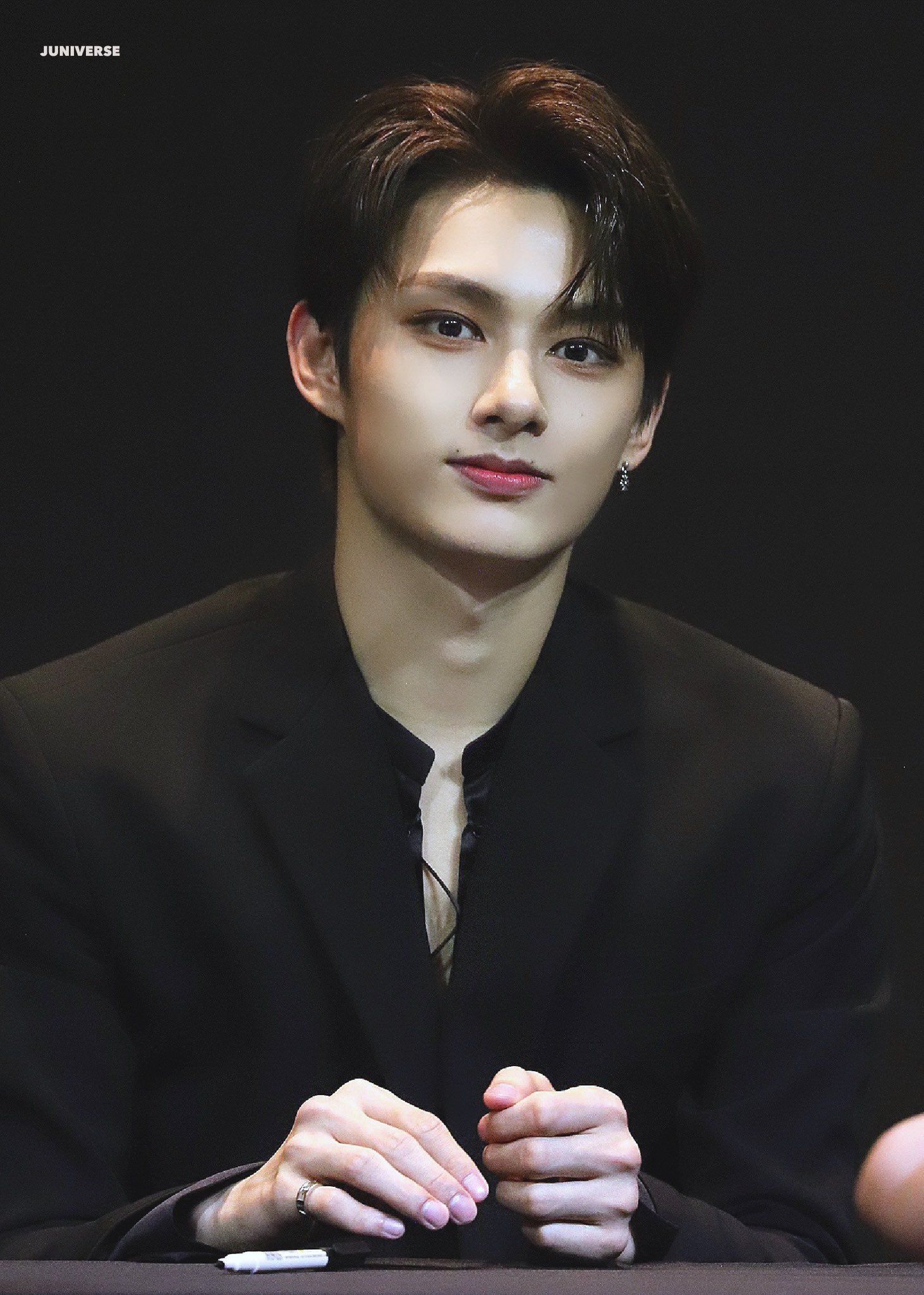 Jun is simply part of the idol’s full name, Wen Junhui. His full name can be broken down into parts in their Chinese meanings: “Wen”, his surname, means “good in study”, “Jun” means “good-looking” (suitable for this idol!), and “Hui” means “can be better/can improve more”. 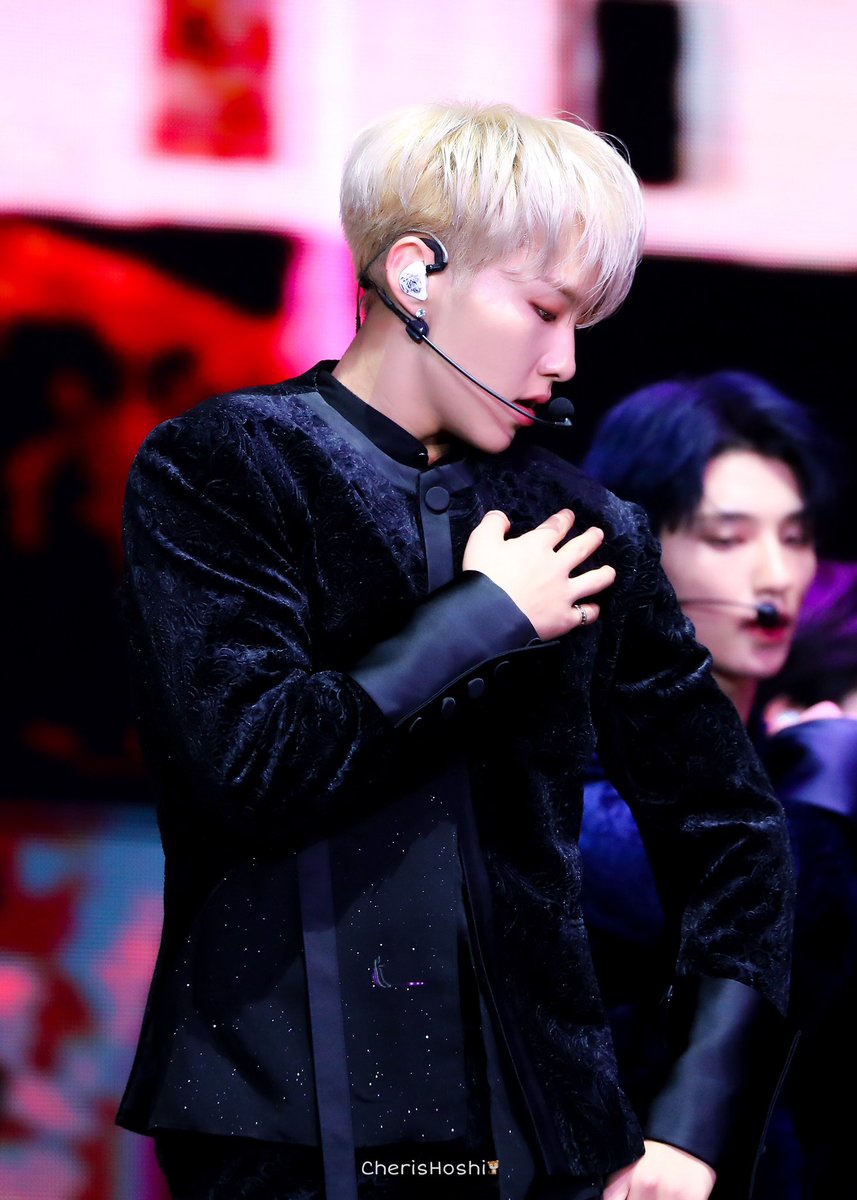 The stage name “Hoshi” can have a couple different meanings, depending on what language you’re using! The word “Hoshi” in Japanese means “star”, which definitely suits this charismatic dancer. In Korean, the word is short for “Horangi-ui Siseon” (호랑이의 시선), which means “a tiger’s gaze”. And we all know how much Hoshi loves tigers! His real name, Kwon Soonyoung, can also be broken down into terms that together mean “lead gloriously”. 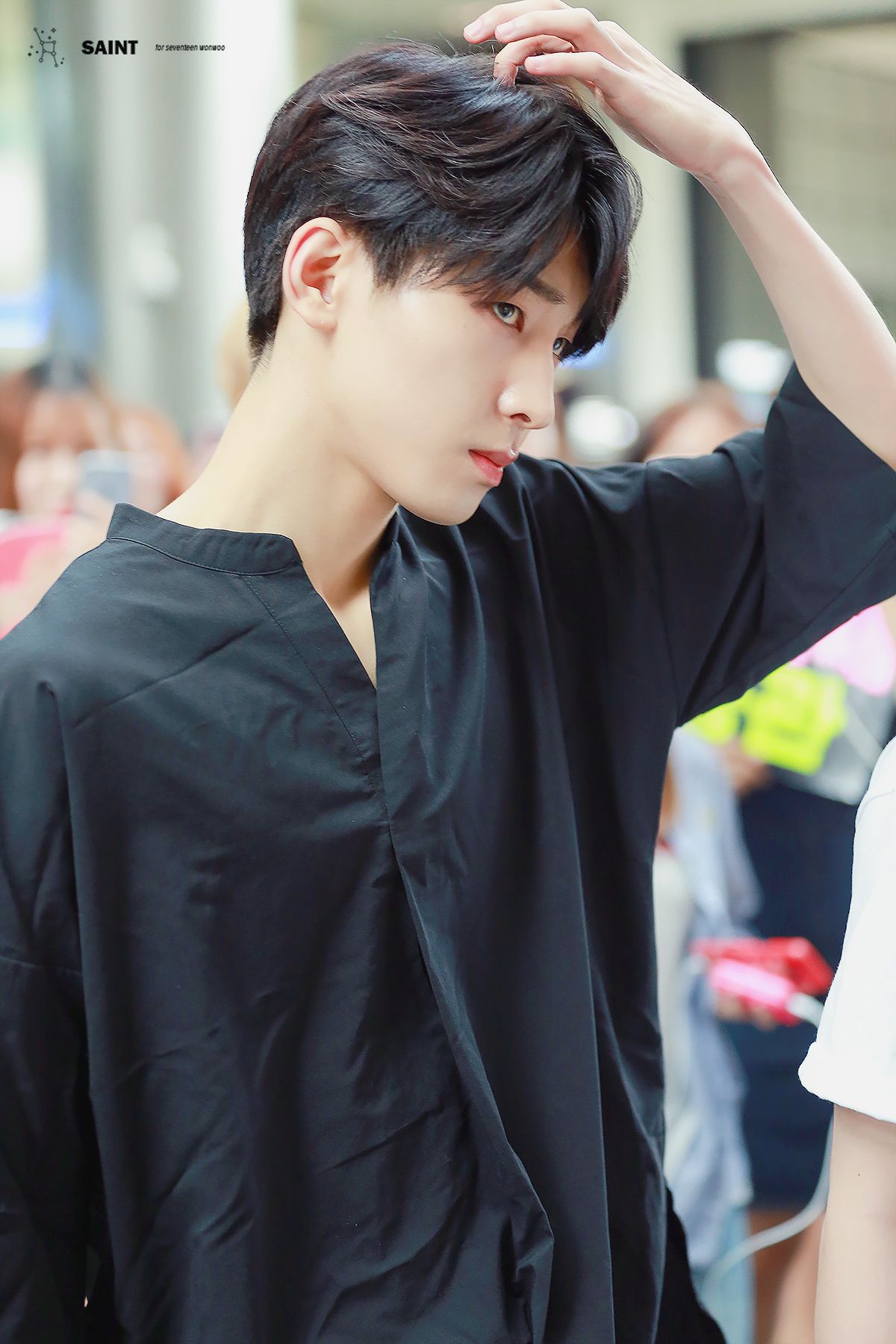 Wonwoo is another member who uses his real name, Jeon Wonwoo, as his stage name! His name can be broken down into two parts: “Won”, which means “round”, and “Woo”, which means “help, assist, aid”. Together, his name means “helping people with a rounded heart”. 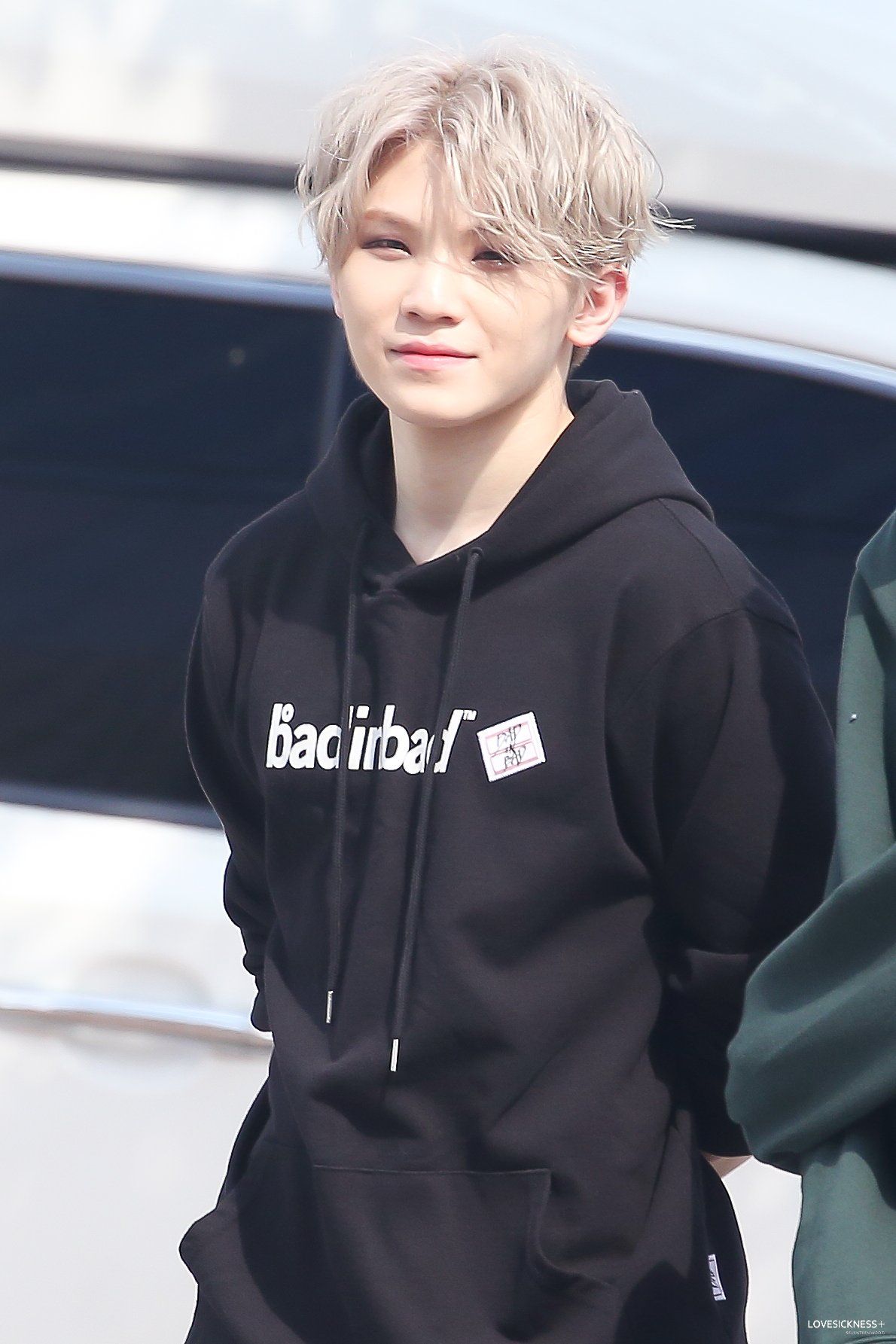 Woozi’s stage name came from a phrase that company staff members call him by! His real name is Lee Jihoon, and the staff would call him “Uri Jihoon”, or “our Jihoon”. He condensed this into “Woozi”, taking the “U” and the “Ji” from the term. His real name, Jihoon, also stands for “be a wise man”. This is perfect for the talented vocalist, song-writer, and producer! 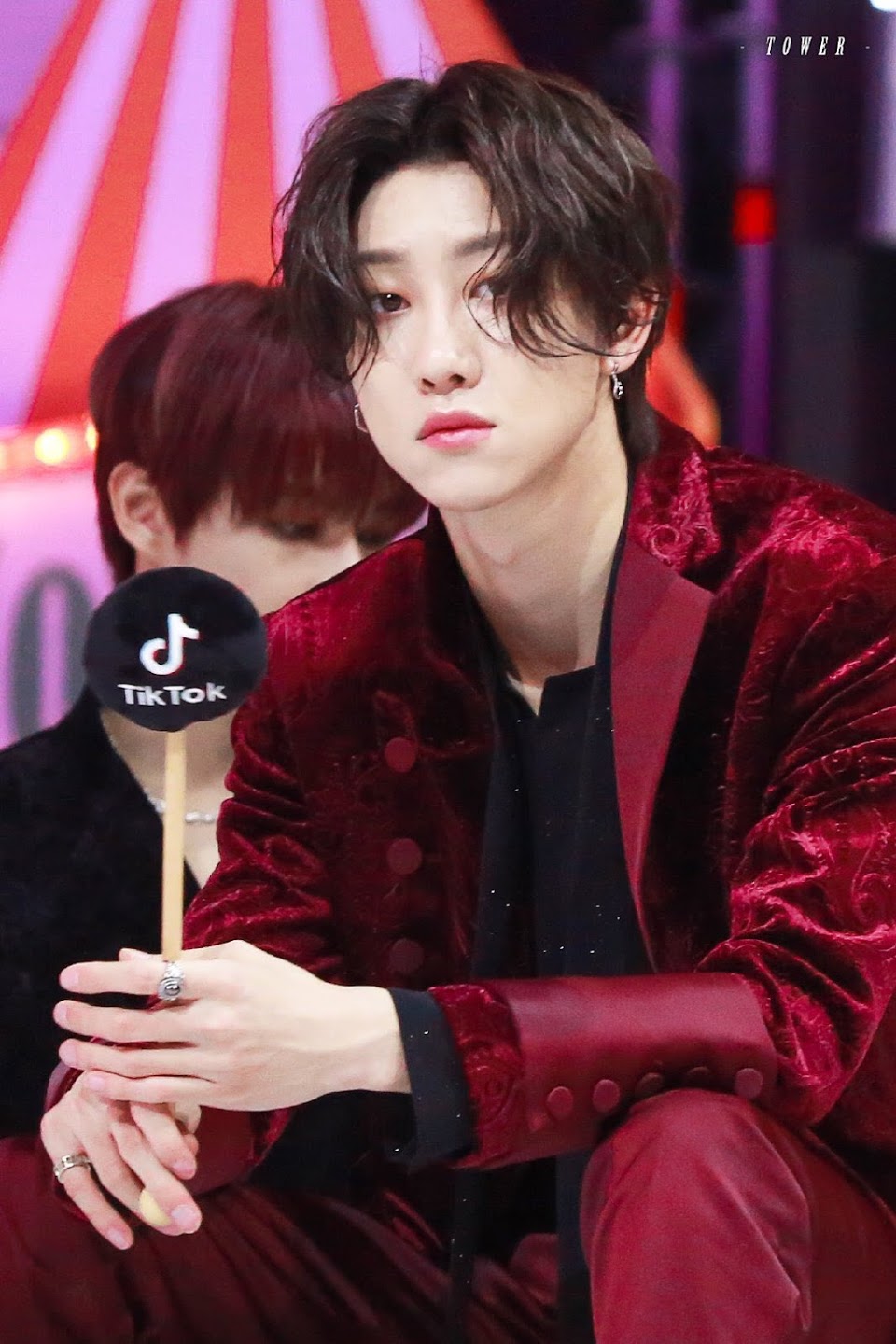 The8’s name has symbolism in Chinese culture. The number “8” is a lucky number for their culture, and when laid on its side, becomes the infinity symbol. Because of this, his stage name can mean “infinite luck”. His real name, Xu Minghao, can mean “bright and prosperous”. 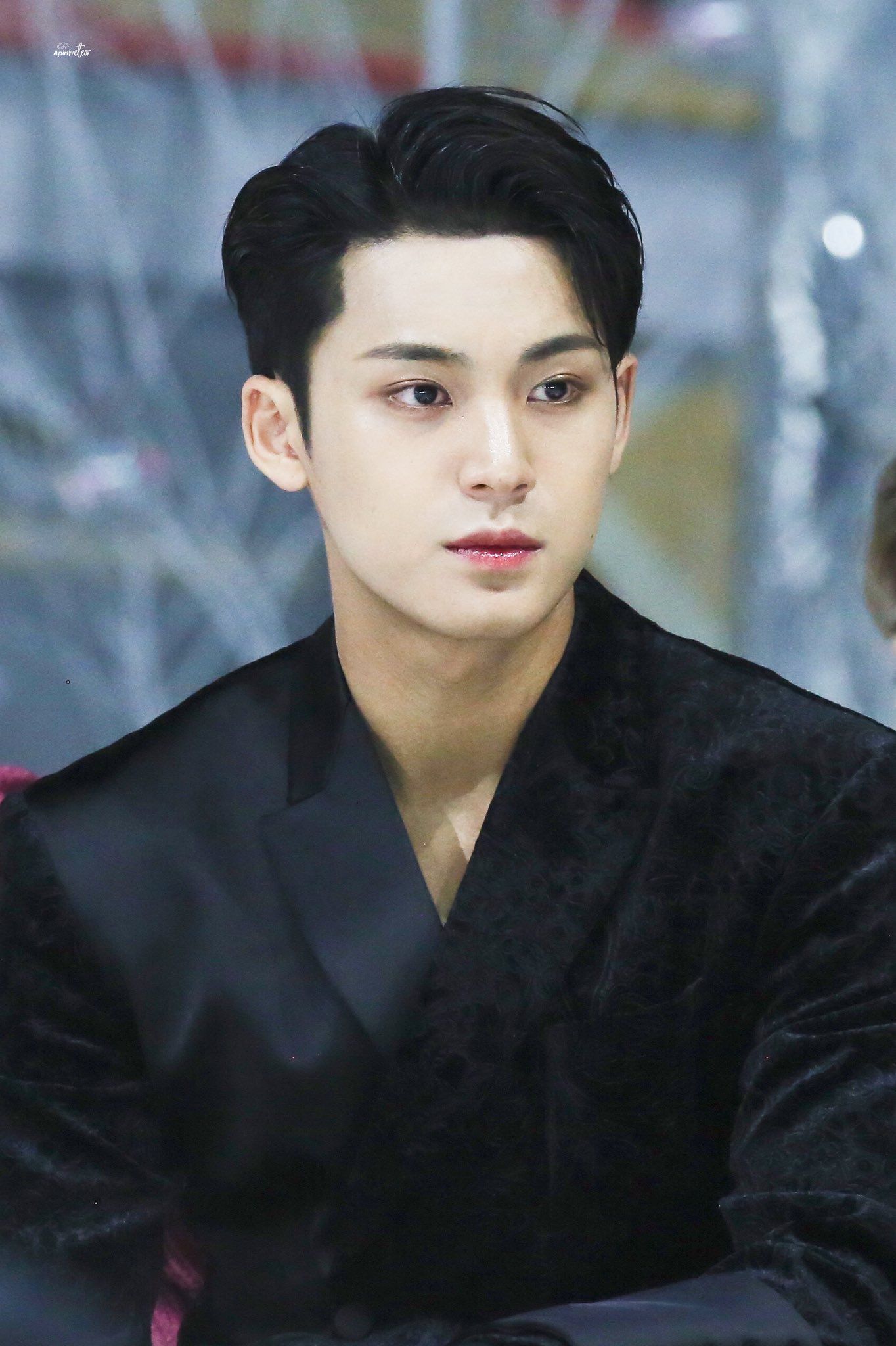 Mingyu is yet another member that uses his real name, Kim Mingyu, for his stage name! “Min” means “precious stone/gem” and “Gyu” means “star”, so his name can be translated to mean “a star-like stone”. He’s said this before about his name: “Even though you can’t reach or touch the star, you can reach or touch the stone. So I want to be a star that can be reached or touched.” 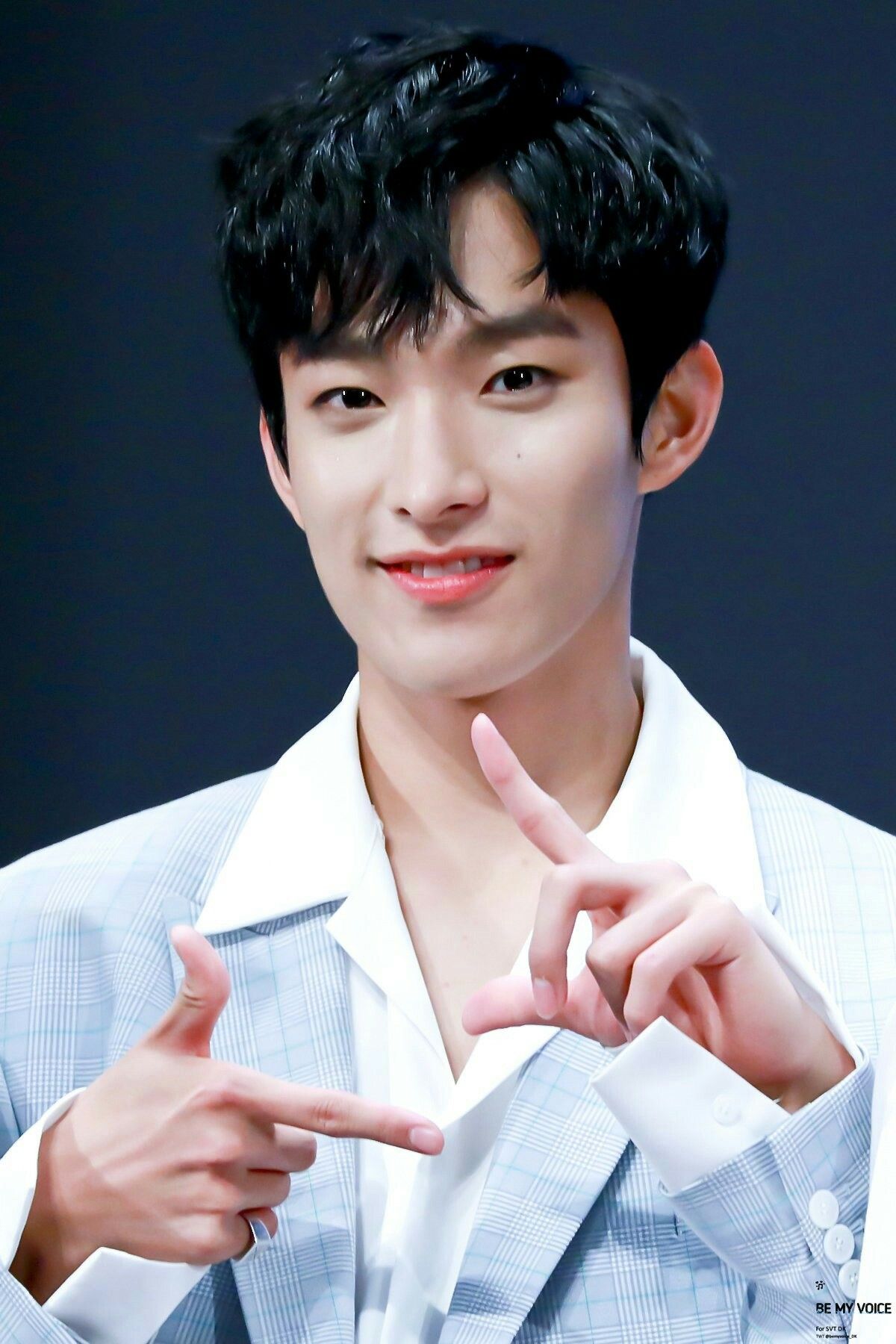 DK, or Dokyeom, has a sweet meaning behind his stage name. “Do” means “a path or road” and “Kyeom” means “multitasker”, so together the meanings create “be a multitasker in various fields”, which basically means he’s a multi-talented person! His real name, Lee Seokmin, has a meaning of “to have a big existence like a precious gem”. 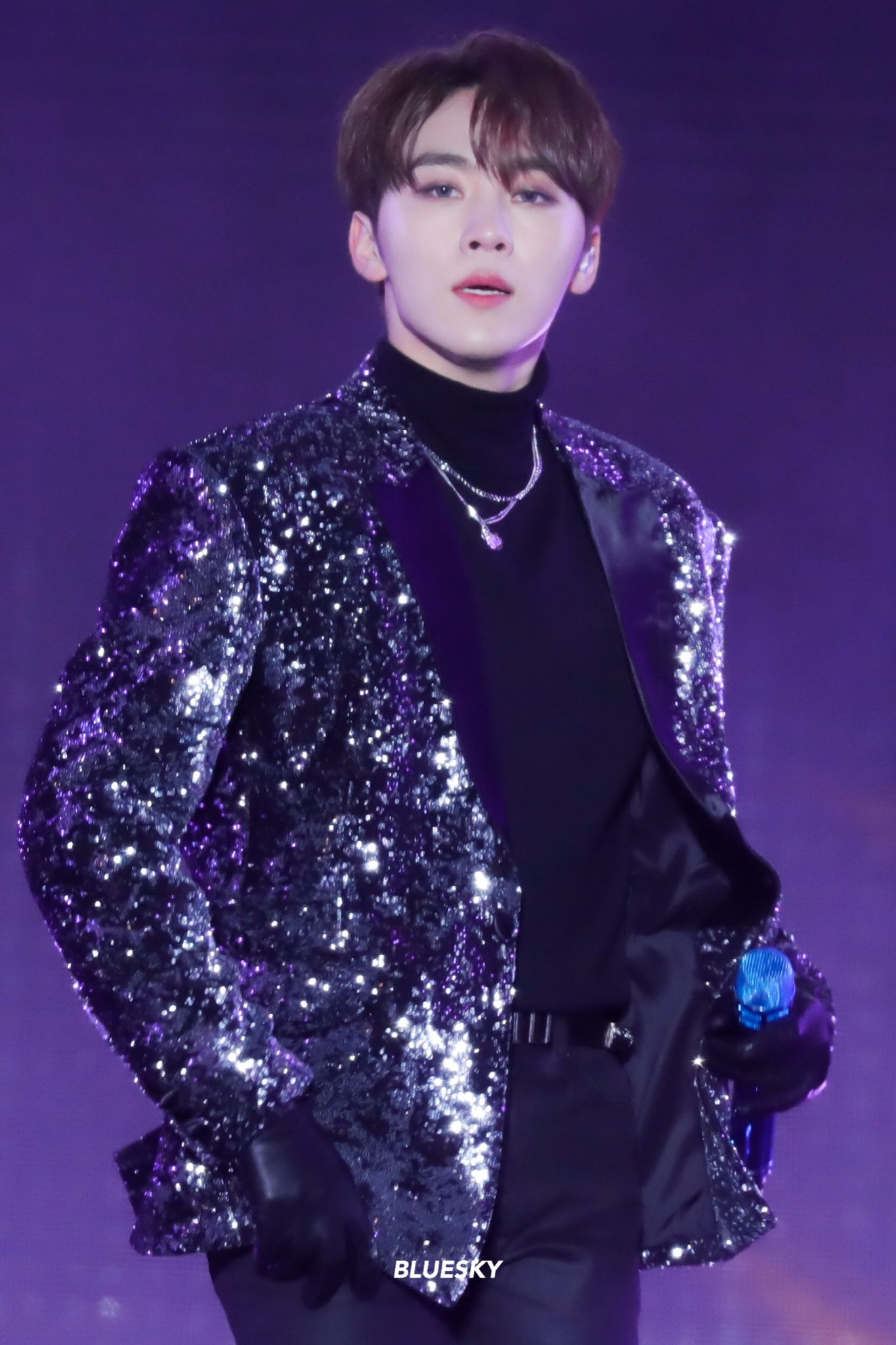 Boo Seungkwan also uses his real name for his stage name. “Seung” means “victory/success”, and “Kwan” means “generous, understanding”, to together, it means to be a “generous successor”. 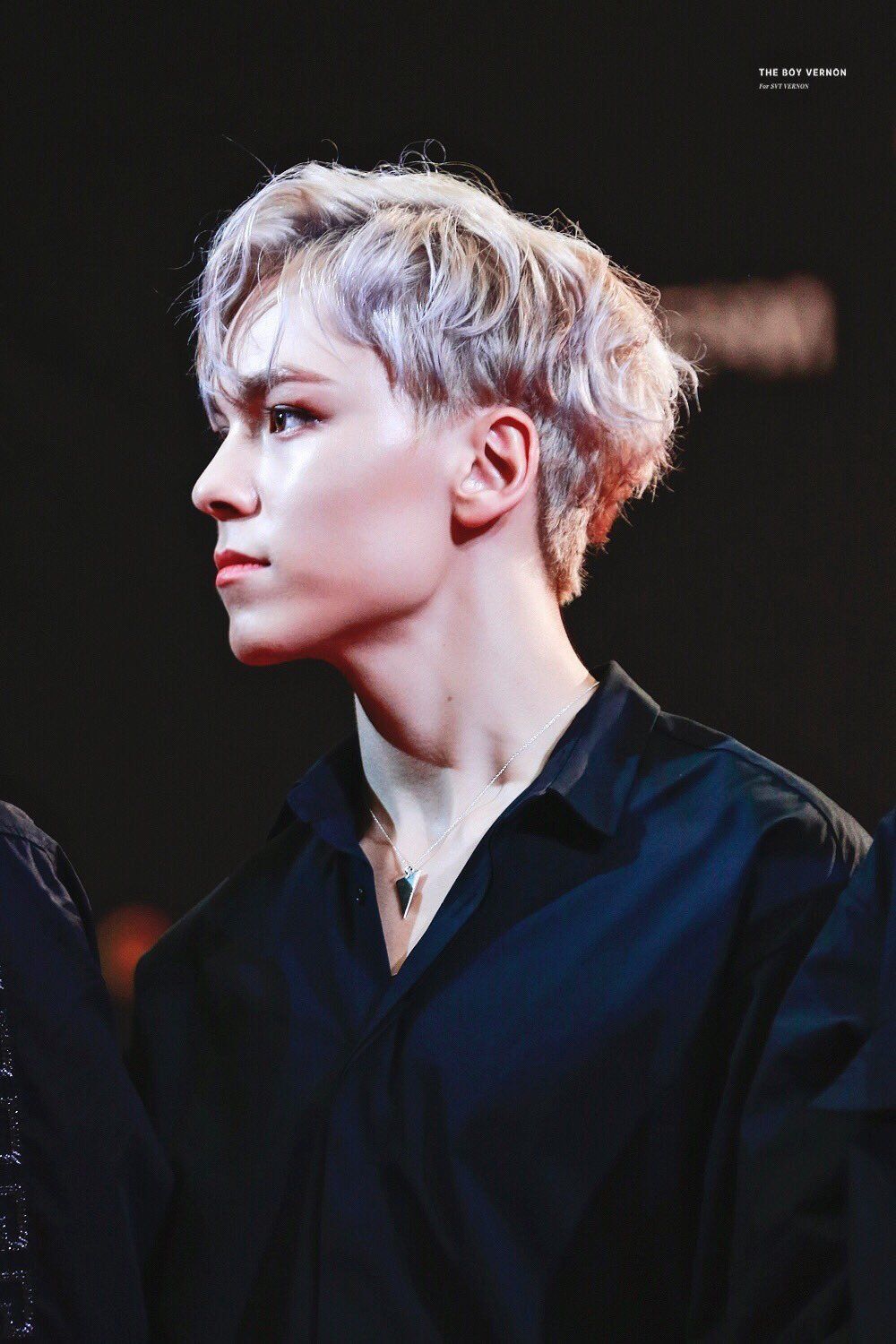 Vernon, like Joshua, has both American and Korean names! He also chose to use his American name, Vernon Chwe, for his stage name. His Korean name, Choi Hansol, can be broken down into: “Choi”, which means “high”, “Han”, which means “big”, and “Sol”, which means “lead”, so together it can mean “to be a great leader”. 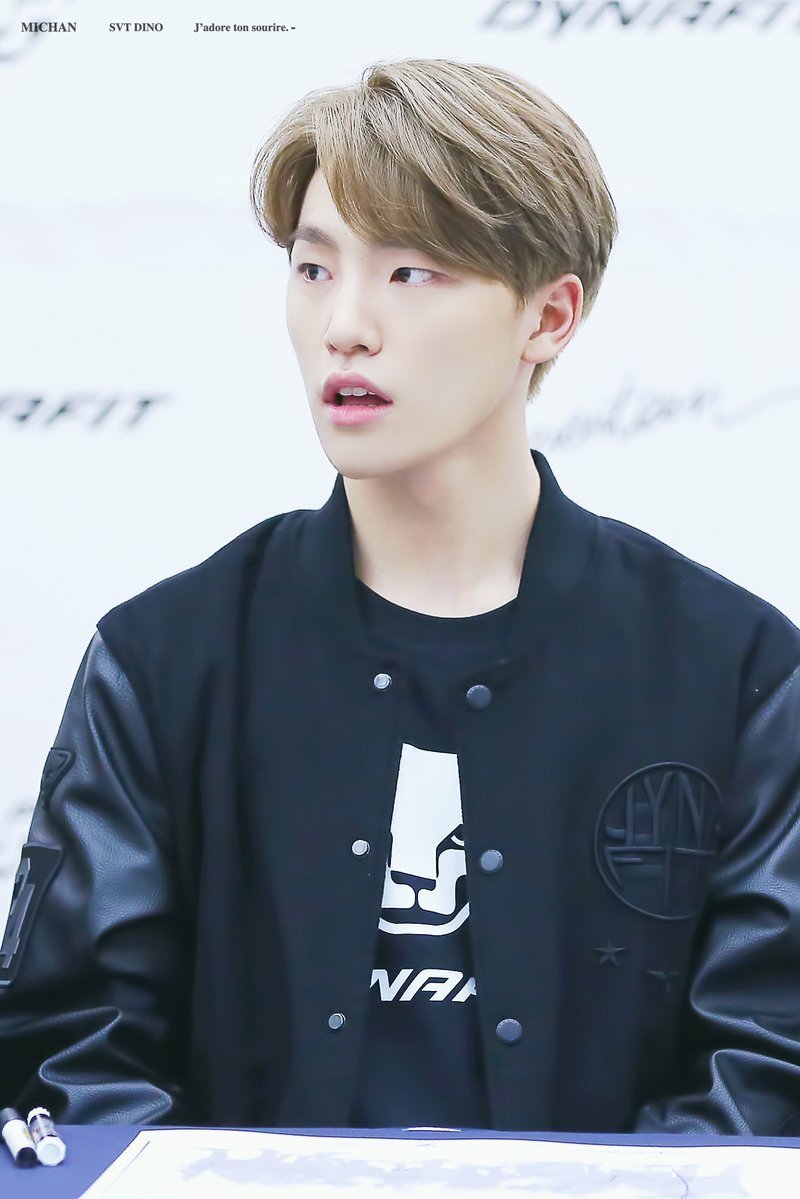 Last but not least, Dino! His stage name is short for “dinosaur”, because he wants to be a dinosaur that dominates the stage! His real name, Lee Chan, has the meaning of “sparkle/twinkle/glow”. Suitable for this incredible performer!