A manager’s job includes to wake up the members for schedules and to make sure they get to them on time. 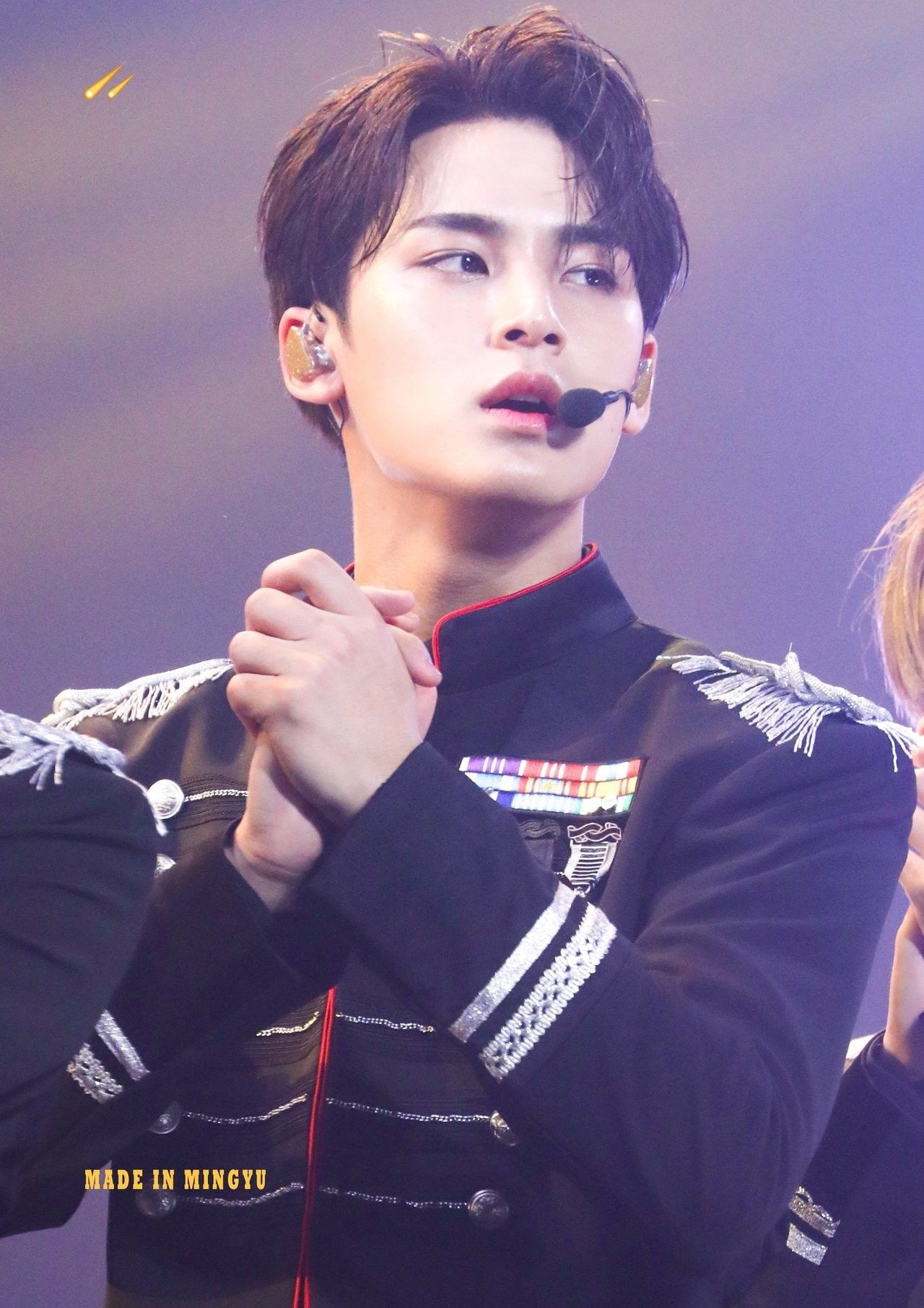 On Omniscient Point of View, SEVENTEEN‘s manager once shared a hilarious semi-struggle of his. Member Mingyu, being the sleepyhead in the group, would be the hardest to wake up.

Strangely enough, the manager revealed that Mingyu’s sleeping habits did not pose any problem. Mingyu would be hard to wake but somehow, would appear right on time and right on location without anyone noticing.

Back then, no one understood what that really entailed. However, on an episode of SEVENTEEN’s reality show, fans finally got how their manager felt.

The boys had to wake up and clear out of their lodgings in the early morning. As Jeonghan and The8 went around waking up the boys, The8 simply opened the door, took one look at Mingyu sleeping, gave up and left without another word.

The boys began to clean up the kitchen… 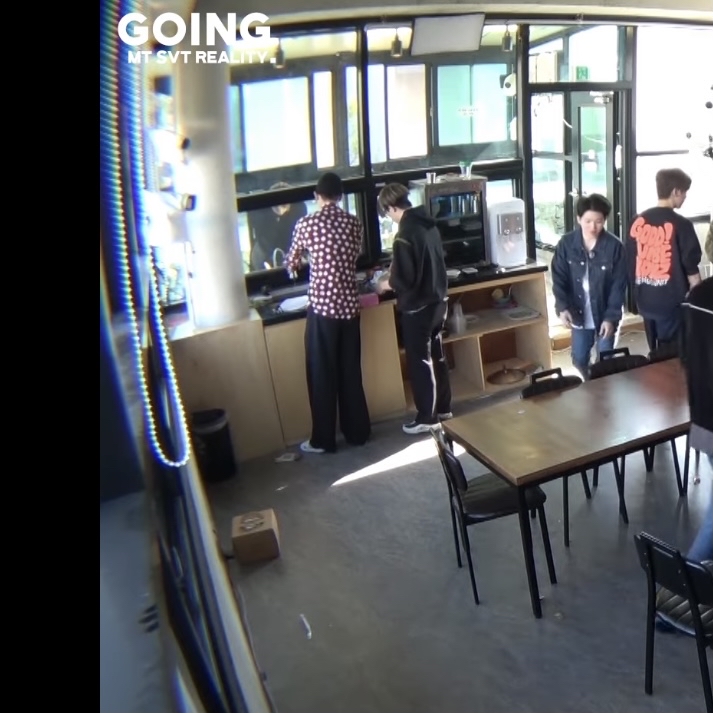 …and Jeonghan announced that they really should go wake Mingyu up. 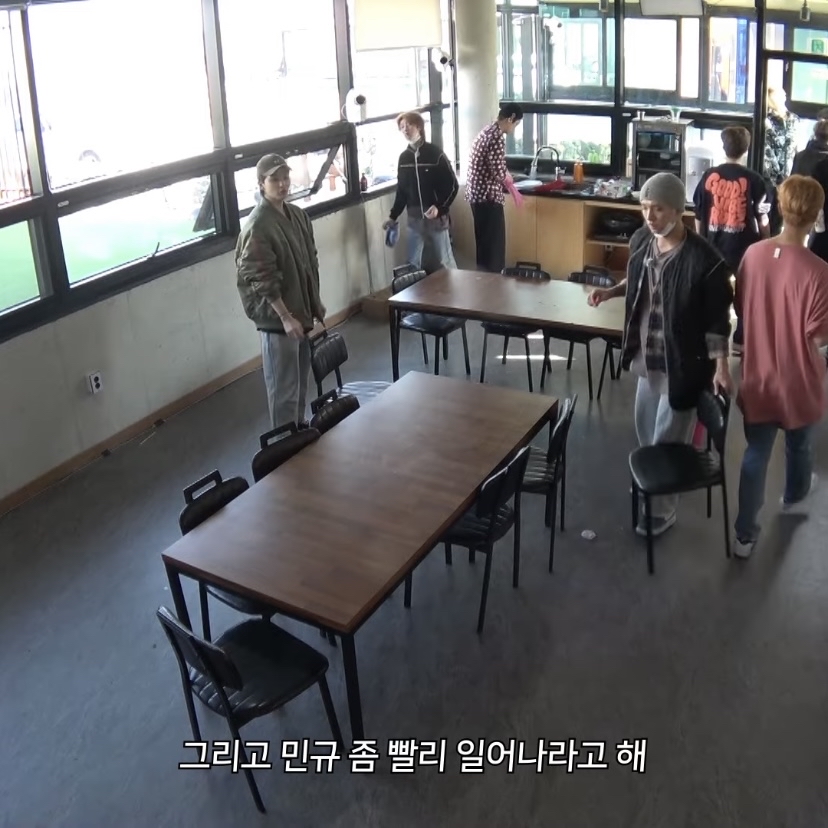 But wait – did you notice something in the picture above? Turns out, Mingyu was already up and about. 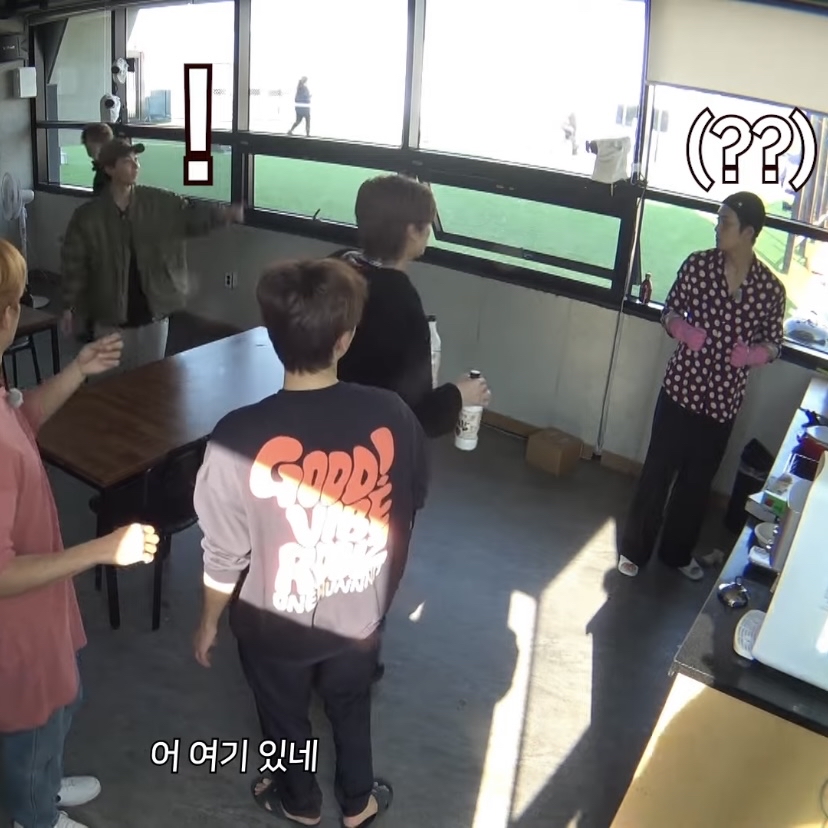 In fact, he was already washing the dishes! No one had noticed that he’d somehow made his way down in a polka-dot shirt, donned some rubber gloves and had gotten right to work. 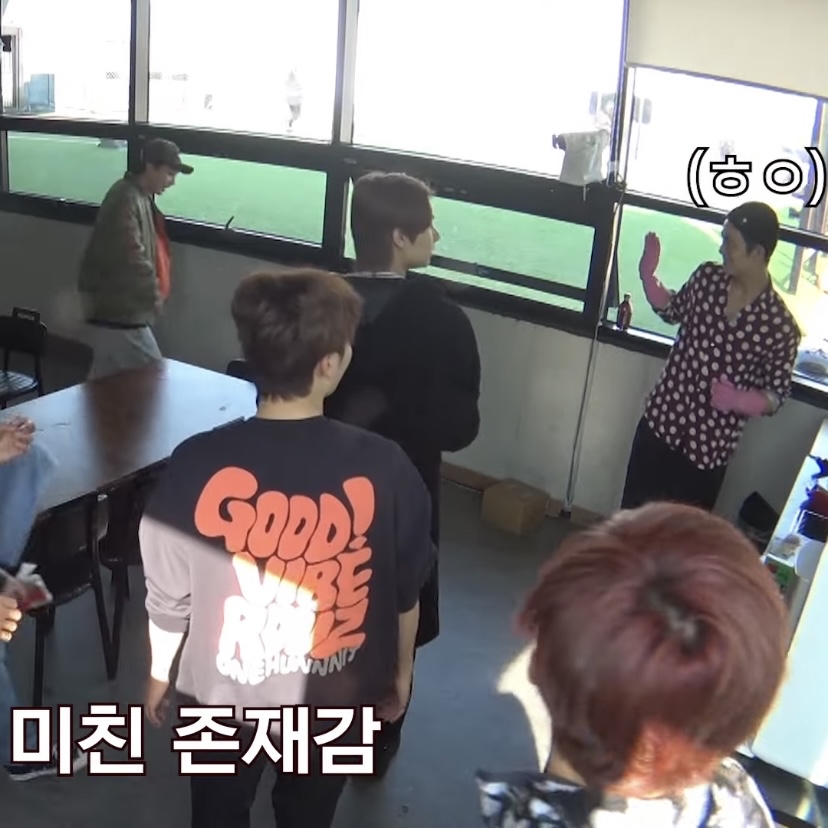 The members’ faces say it all. 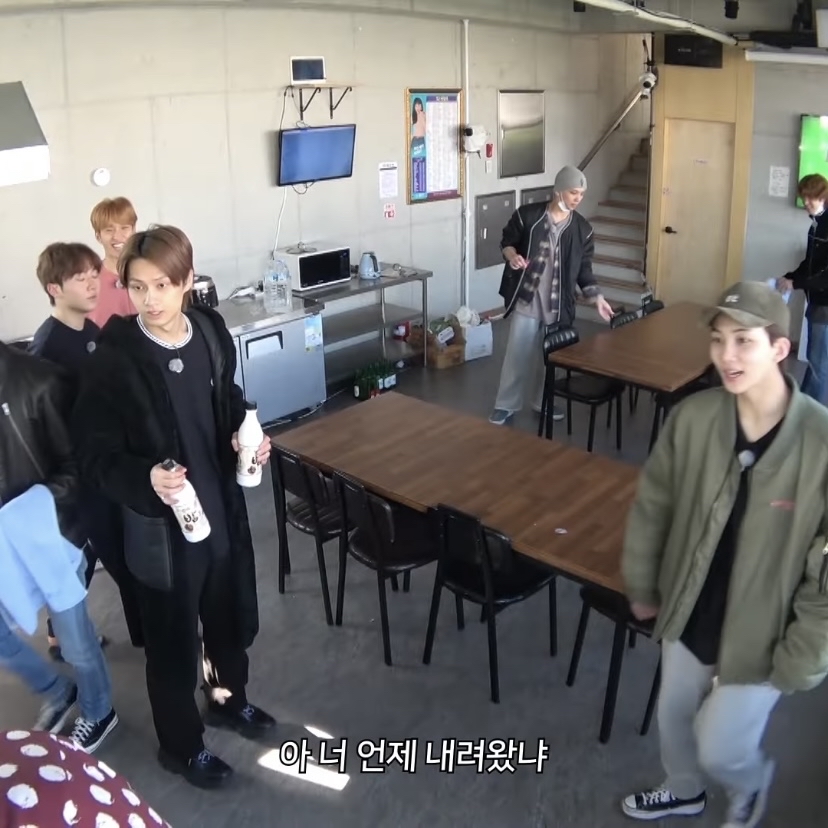 Catch the full clip below on episode 45 of GOING SEVENTEEN.