SEVENTEEN‘s Mingyu was previously accused of school violence and bullying on February 23, 2021. The accusations were firmly denied by Pledis Entertainment, and another school mate stepped up to debunk the allegations on the same day.

Another former schoolmate has now come forward on February 25, 2021, with her own set of harassment allegations agains Mingyu. The former classmate uploaded her graduation certificate as proof she is is an alumnus of Burim Middle School and graduated the same year as Mingyu.

The schoolmate explained that she would normally prove her identity using a yearbook as many have done prior, but it was located in her family home rather than her current lodgings.

The schoolmate recalled the story of her experience with school violence in Burim Middle School. As previously others had claimed Burim Middle School was not a school with such issues going on, the schoolmate felt that she had to step up. She shared that she was an outcast since elementary school and when she got to middle school, her classmates did not want to interact with her due to her being bullied prior. The schoolmate explained that they all took lessons on Saturdays as well, and that was where things started.

When I got home from school on Saturday, an unknown number called my home. When I picked up, a voice told me to come to the playground at S apartments unless I wanted something grave to happen to me. My parents were out and I was home alone with only my grandmother. I was unsettled and it felt weird so I told my grandmother the whole story and asked her about it. She stopped me from going out. After that, she called my form teacher and told her that we received a call with this sort of contents, and asked her to check up on it.

The schoolmate continued to share about her second year in middle school which she claims as her worst. She revealed there were male students in her class that would pick fights with her. Around May that year, she was arranging her class schedules at her desk when a male student heard her talking to herself and picked a fight with her. She flared up after she could not hold it in any longer and grabbed his hair, while he hit her face in retaliation. She claims that the scar caused by him is still on her face. When the male student saw the wound, he mocked her saying, “The fats just burst I guess“, as she was on the chubbier side back then.

There were other bullying incidents the victim faced in the middle school from various students. The schoolmate emphasized that the middle school was far from what the post that defended Mingyu made it out to be, with school violence, smoking and other incidents going on.

The schoolmate has been attending therapy since 2017. She attached her therapy reports and medicinal prescriptions.

The former schoolmate shared with she attended a hakwon (after school academy) that had small classes. It was located behind the school, in the basement of an apartment complex. She recounted that there was a male student in particular, who was close with everyone and was the center of attention in the class.

This male student was detailed as SEVENTEEN’s Mingyu by the schoolmate. When the schoolmate spoke up in class, he would say things such as “what do you know” and “don’t act up” to her. This caused her to speak less and less, until she was nearly silent during classes.

She shared a more traumatic experience.

The male student, would make sexual jokes at the seat where I was, like it was nothing. Even if the teacher was there, the teacher would only say something like, there’s female students here so please stop it. After which, he lessened it when the teacher was present but it continued the same when teachers weren’t there. He mostly made them during break times or self-study. On the regular, that male student often carried out sexual jokes. During break time, he would shout, “eummo-reul kkumyeotdani!” (a pun on the phrase which means both “a conspiracy has been plotted” and “pubic hair has been decorated”) and drew various hairs on the blackboard. I still remember that scene vividly. Although I cannot recall exactly who drew on the board, I know he was one of the two who were up there and I’m certain they worked together

The schoolmate shared that she originally had no intentions of making the issue public. As what she experienced with Mingyu was less intense than the overall bullying she experienced in school, she felt that she should hold it in. However, she did choose to mention in briefly to her therapist in 2019.

The schoolmate rounded of claiming she did not expect an apology, but wanted to express her emotions towards the issue. The victim specifically named SEVENTEEN’s Mingyu in the title of her post.

Pledis Entertainment has yet to respond to this issue. 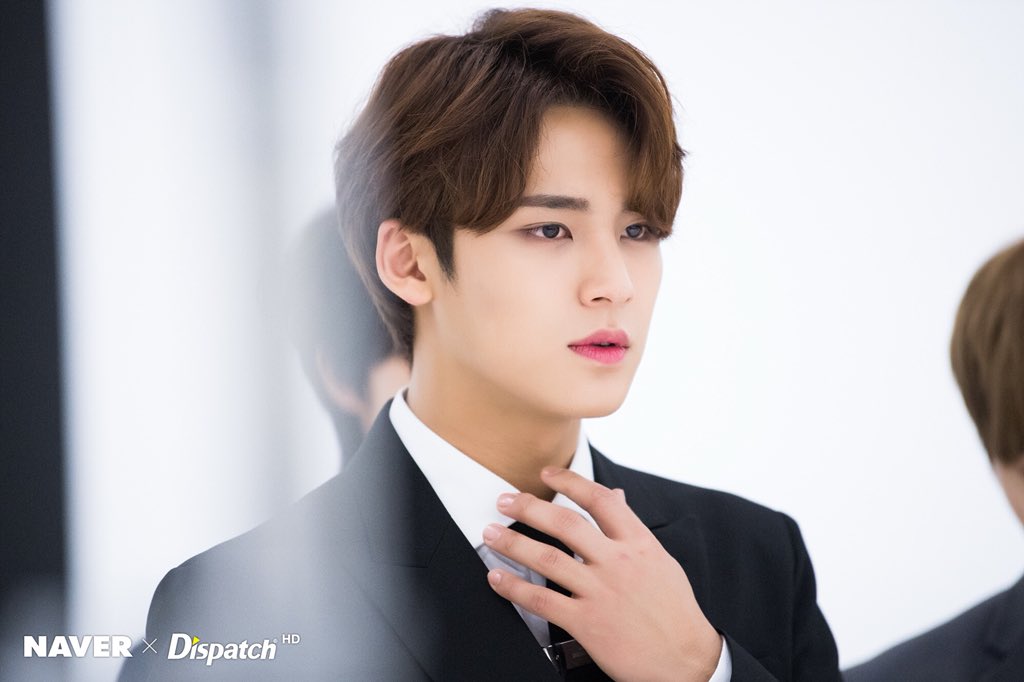