The most recent episode of GOING SEVENTEEN was centered around Mingyu‘s idea of publishing a real magazine: “Ending the year 2020, I’ve thought of shooting a self-produced by SEVENTEEN” The episode unveils several meetings with Mingyu going over details for his photoshoot idea. 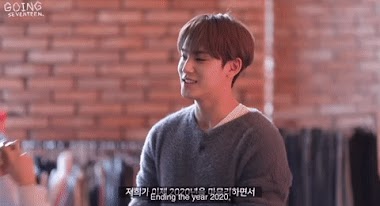 Once at the photoshoot site, Mingyu revealed that it was much more real than he predicted “It became bigger than I expected.” The members were all given a job to take part in the photoshoot.

Mingyu started off the introduction of the staff with his two stylists, THE8 who announced he came from China and while stylists Joshua came from the United States. 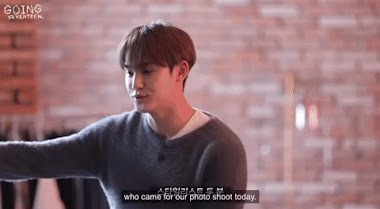 Jun and Woozi were introduced as the hair designers for the shoot. 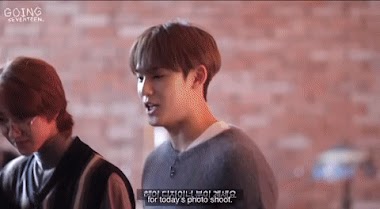 Wonwoo ready to go with a camera was assigned the job of the videographer who the members claimed: “he worked with SEVENTEEN on ‘HIT THE ROAD’ and music videos.” 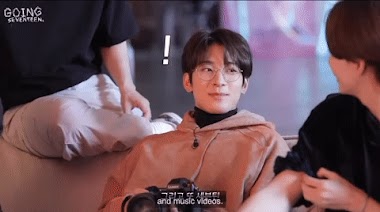 The DJ’s, to no one’s surprise, were none other than BooSeokSoon (DK, Seungkwan, and Hoshi). Honestly, who else better than them to get the room hyped up. Sadly, the Hoshi said, “SEVENTEEN is too expensive to call.” 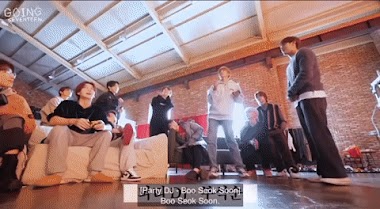 Dino and S.Coups then were given the role of Mingyu’s assistant. 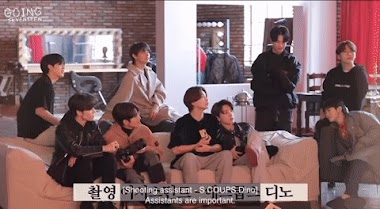 Jeonghan and Vernon were In charge of the interview portions of the photoshoot. 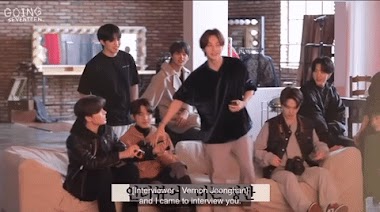 Last but not least, Mingyu acted as a photographer.

From the get-go, none of the members did not except the photoshoot to seem so real and professional. Everyone was good at their role.

THE8, known for his great style, took his job seriously and with Joshua, created great outfits. Including Hoshi’s glorious crop top! 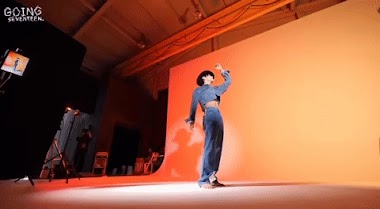 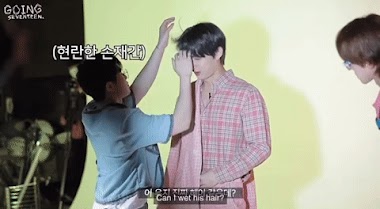 Of course, Seungkwan and DK did not disappoint and created an energetic atmosphere. 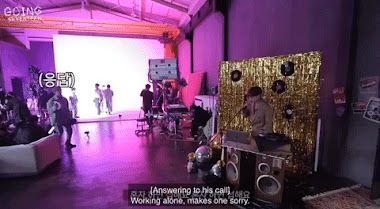 Most of all, the members of SEVENTEEN were completely shocked by Mingyu’s amazing photography skills. Shot after shot, the members were blown away: “Mingyu you can definitely have a second job.” 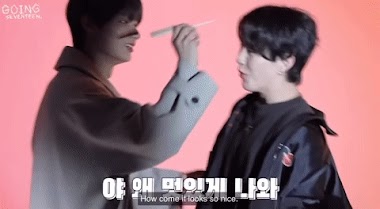 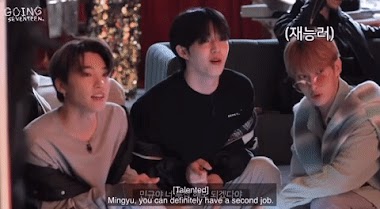 Many know SEVENTEEN as one of the most self-producing idols in the industry. The group creates their own choreography and writes their own songs. Now they could even conduct their own photoshoot! I guess they really can do everything!

Check out the episode below: