In a video for ELLE Korea‘s Your Name Tag series, SEVENTEEN‘s Seungkwan got the opportunity to talk about his favorite sport and why he’s been working towards getting better at it.

The Your Name Tag video series has celebrities introduce their most cherished possessions and gives them the opportunity to talk a little bit about them. The first item Seungkwan brought with him was volleyball signed by the KGC Ginseng Corp Pro Volleyball Club, a professional Korean women’s volleyball team. 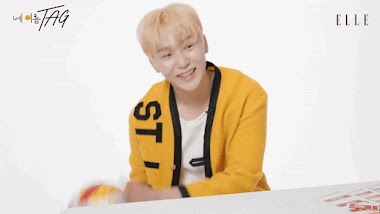 It’s not a regular volleyball. If you look closely, it has signatures. KGC Ginseng Corp… 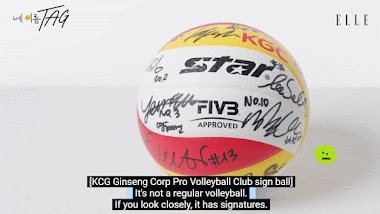 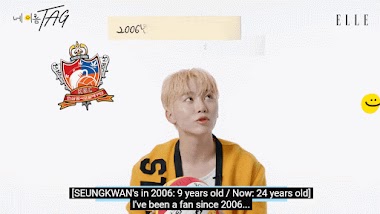 He then went on to talk about how he’s been learning to play volleyball these days!

I’m learning volleyball lately. I like watching the game but it was really hard playing myself. Also, it’s stress relieving. 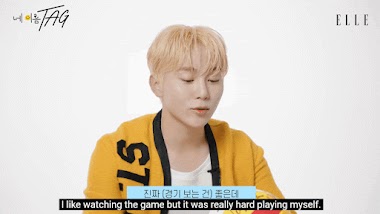 While he does enjoy watching and playing the game, there’s another reason why he’s learning! Back in 2017, he got the chance to throw the opening ball in a match between KGC and the Hwaseong IBK Altos team.

However, when he served, the ball got caught in the net! Now, he’s determined to get better at it so that he won’t make the same mistake again!

I’m learning volleyball because I served the first ball at the opening ceremony and the ball got caught in the net. I was so embarrassed, so I’ve been practicing imagining my serve going over the net! 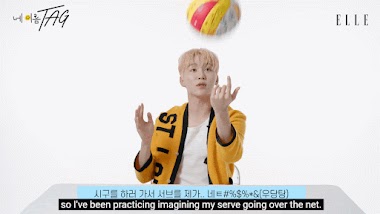 We have total confidence that he’ll be able to serve like a pro very soon!

You can watch Seungkwan’s Your Name Tag video below.